Updated: Added pictures at the end of the post.

46 – Percent of popular votes won by John McCain in the 2008 Presidential Election.

77 – Number of counties in Oklahoma won by John McCain

4 – Number of years until the next Presidential Election.

330 – Number of (non-unique) blog visitors in the last week.

2 – Number of kids in my Awana Cubbies class last night.

3 – Number of teachers in my Awana Cubbies class last night.

6 – Number of car accidents I saw on my way home last night due to heavy thunderstorms in the area.

20 – Number of minutes Emily and I waited in the car in our driveway waiting for the rain, lightning, hail, and high winds to pass so that we could safely make it to the house.

3 – Number of hours our electricity was out last night due to the storm.

1 – Number of trees that fell in our front yard due to the storm.

48 – Number of days until Christmas.

20 – Number of days until Thanksgiving.

1 – Number of days until the weekend.

Pictures
Here are a couple pictures of the fallen tree. It was dead before this storm came through, but it fell over because of the wind. This is the tree that had our bird feeder in it. Looks like the feeder was unhurt in the accident. Whew! 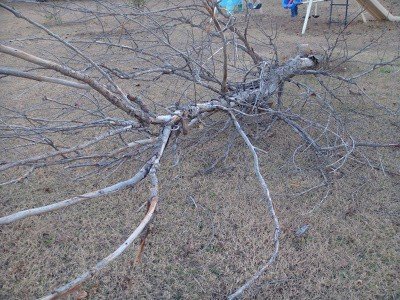 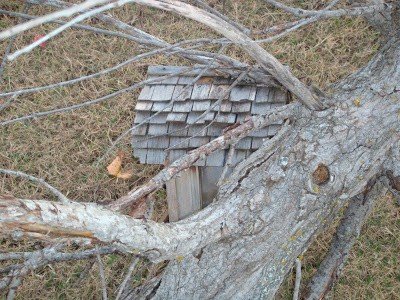 Sounds like a bad storm!! Are you a numbers person? Did you like math class as a child? I was horrible at math....just horrible. The only class I really liked was Science. What about you?