Tonight for supper, I made Red Beans and Rice with hot water cornbread. I put some Hillshire Farms smoked sausage in the red beans and rice. It took a while to let everything cook, but I think it turned out pretty good. (And Mike totally agrees!) 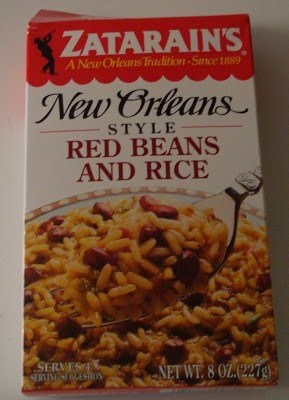 So … the real question … have you ever tried hot water cornbread? Do you even know what it is? I think it’s an Arkansas thing since I haven’t found anyone from Oklahoma who’s tried it. Well .. I mean Mike has tried it and he really loves it. But it’s only because I fix it for him. He’d never tried it before we were married.

I’ll give you the recipe, but it’s one of those passed down non-specific recipes.

Pour boiling water over cornmeal mix and stir well. Keep adding boiling water until you have a moderately thick mixture. It will thicken as it stands so you may need to add more water.

Run hands under cold water and then spoon out some of the cornmeal mixture and use your hands to make a thick patty.

Drop into hot oil. Cook until browned around the edges and then turn over to cook the other side. Drain on paper towel. 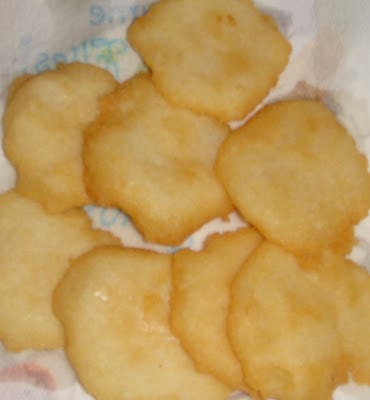 Preschool
Emily was so sleepy this morning. She went to sleep on the couch at Mike’s parents house this morning. She NEVER goes to sleep on the couch like that. I’ve seen pictures of kids that were just playing or watching TV and fell asleep, but that has never happened to Emily. She’ll occasionally fall asleep in the car but most of the time, she only sleeps during regularly scheduled naps or bedtime.
We are very fortunate that Emily is a good sleeper. When she was younger, we had a lot of problems getting her to go to sleep at night. She would call for her dad and cry over and over at night. She would do anything that she had to do to get him to come back into her room. I think we were all very glad when she passed that phase.
Now our bedtime routine is in two phases:
Mom bedtime routine – a) “Tell me what happened” where I say what happened today and then she’ll say what happened today b) “Now I lay me” where I say “Who’s going to say Now I Lay Me?” and she said “Us” and then we say Now I lay me down to sleep … c) “Hug Kiss Squeeze”
Dad bedtime routine – Turn on the Cinderella light. Tell her she doesn’t need the fan on tonight. She fusses. Daddy turns on the fan. Kisses goodnight. (Did I miss anything, Mike?)
Hey, I thought this section was supposed to be about preschool? Oh yeah, I remember what I was going to say. Emily doesn’t have preschool tomorrow. I guess the local school district is having a teacher in service day or something. Her preschool follows the local school district’s calendar so they will be out too.
Too bad I can’t take off work tomorrow too. I was just off on Monday for President’s Day. Oh well, we will have fun this weekend anyway.
Click here to cancel reply.