Poor little Stephanie was a dirty girl. (Somehow) I convinced Emily to help me give her a bath today after lunch. Well, convincing her to help me with the bath was not hard. Convincing her to leave Stephanie in the tub while Emily went to take a nap was the hard part. In case you wanna know, I used Tide laundry detergent and Oxyclean and a lot of elbow grease. 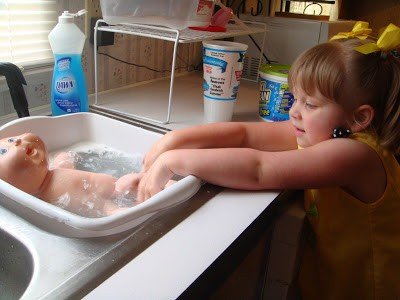 And then after Emily got in bed for her nap, I put Stephanie in the washing machine with a load of bed sheets. And then after she was done spinning in the washer, I put her in the dryer on low. But she was making too much of a racket thumping around in there so I took her out and wrapped her in a towel. 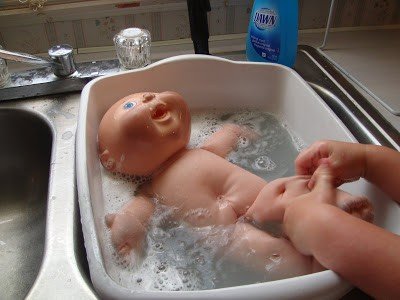