Today was our first full day in Memphis. First things first, we visited the Visitor’s Center to pick up some brochures to find out what all we should try to see today.

We found this very large statue of Elvis. It had a sign that said “Please do not touch. Protected by alarm.” It was true. No, we didn’t find out the hard way. 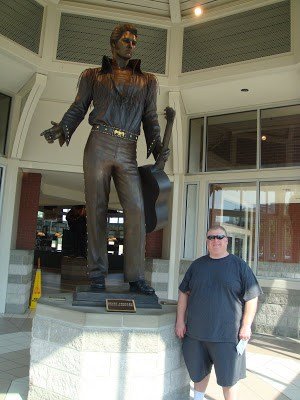 After that, we drove around a bit to figure out the lay of the land and see what all we could see. Eventually, we found Sun Studio where Elvis got his start. Apparently, our little GPS was a little confused by the downtown Memphis streets. Mike eventually figured it out though. 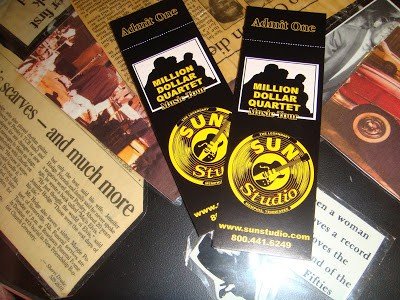 At Sun Studio, we got about a 45 minute tour of the studio. The tour guide gave us a bunch of information about the studio, Elvis, and a lot of other people. 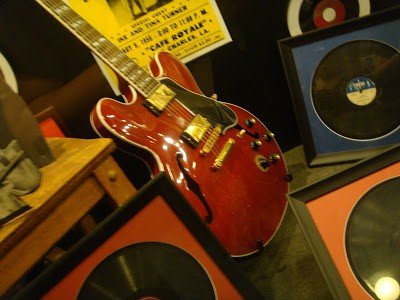 Mike told me I had to post a picture of this secretary’s office. This is where Elvis delivered his famous line “I don’t sound like nobody.” 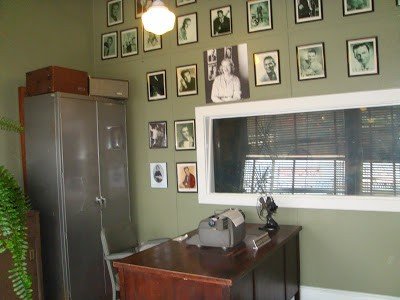 This old fashioned pop machine was in the outer office too. After that long tour, I was wishing that thing was loaded. 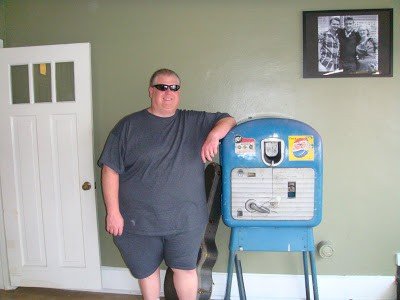 After the Sun Studio tour, we went down the street to find the Peabody Hotel. It was very fancy and posh inside and out, but we didn’t get to see the ducks. They had already done their little march by the time we got there.
I wanted to sit on the Peabody’s couch that was near this fountain, but it had a sign on it that said it was for Peabody guests and bar patrons only. Denied! 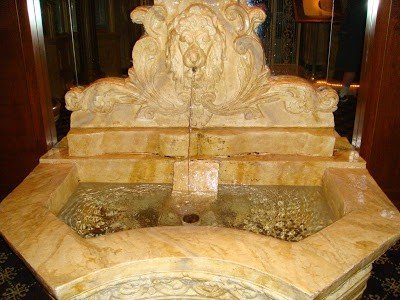 I thought this player piano was pretty cool. Again, I wasn’t allowed to touch it. I didn’t get to touch anything in that place. 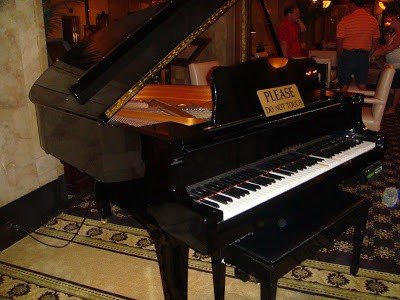 Then we went next door to the new Peabody Place shopping/eating/play place. All the shops and restaurants were not open yet.
It looked to be two or three stories, but the first floor was the only thing that was open. It was a very fancy place. It looked like an outdoor setting even though we were in doors – potted trees everywhere, looked like you were walking down the street next to tall buildings. They even had “street lamps” and lights along the “awning” over the shop windows.
The restaurants in Peabody Place were not open so we went back to the car to go find something to eat. 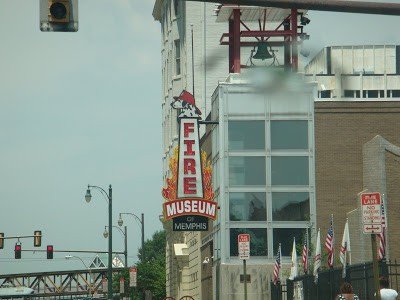 This afternoon, we decided to go down to Tunica, Mississippi to ride the Tunica Queen Riverboat. Tunica was only about a 20 minute drive, but we could not find where to get on the Riverboat on the GPS. The only address we had was not found by the GPS. The GPS had a listing for a Tunica Museum so we figured that might be close to the boats.
We found the museum, but the boats were nowhere to be found. So we went back to where the Tunica Casinos were and finally found the way to the Riverboat docks. At this point, it was just about time for the riverboat to depart. We ran into the museum/aquarium and asked the lady at the desk if we could still get on the boat. She said yes, but we would have to hurry! So she radioed down to the boat and said she had two more people coming out of the building right now and then they were “all clear.”
So we pay and run down to the boat just as it’s undocking. The guy checking the tickets said we were lucky that the refreshment guy needed to get more beer before they left. Ha! 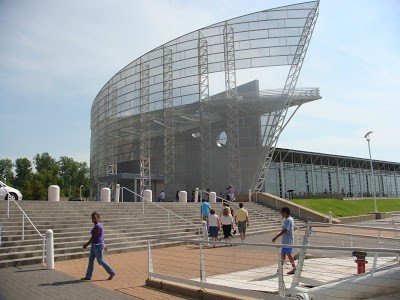 We went up to the deck to check out the view. Mike said I needed to take some pictures of the river. But I said I was not letting go of this railing. Something about the boat moving in the water .. I don’t know, I just didn’t feel very stable standing up there. So Mike took the camera and took some pictures for me. It was so hot up there that it didn’t take us long to find our way back inside the cabin where we enjoyed listening to the commentary and seeing the sights out the window.
While on the Tunica Queen, we enjoyed pina coladas and a moon pie. I don’t know .. it just seemed like the appropriate thing to do in Mississippi. 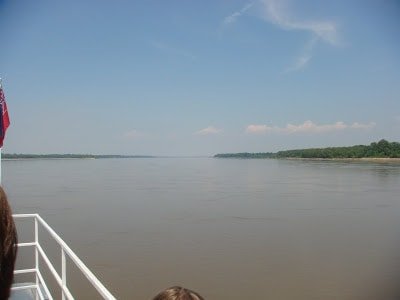 After the hour and a half riverboat ride, we headed back toward Memphis. But we couldn’t leave our trip down the Mississippi River without finding some good catfish to eat. We looked online and found a good restaurant in Olive Branch called .. ironically, the “Olive Branch Catfish Co.” 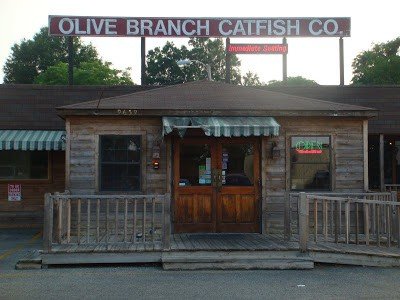 The food really was good. It was not the cornmeal breaded catfish fillet that I am accustomed to, but it was mighty tasty. For dessert, I had the lemon ice box pie and Mike tried the peach cobbler with ice cream. Both were good, but I ate too much of the catfish AND too much of the pie.
So after dinner, we went back to our hotel to hang out. We were going to go swimming, but there were too many kids down at the pool. So we watched the season premier of Big Brother instead. (I didn’t even ask Mike if we could watch it. He just turned it on. Sweet!) I wanted Jessica to go back into the house.
What will we find in Memphis tomorrow? You’ll just have to wait and see!
Click here to cancel reply.