On Friday afternoon, Emily’s class had their Halloween party. I drove down from work to be with Emily at her party. I was about 10 minutes late due to traffic on the highway. Grrrr!

The kids had pizza, veggies and dip, and cookies at their party. Then they played a game where they put their hands into a tub of “goop” and try to find a centipede. If they find it, they win a prize.

When I got to the classroom, one little boy was already in time out by the door. Another one was laying face down on the floor and didn’t get up the entire time I was there. One of the teachers eventually picked him up and moved him to a corner instead of the middle of the floor. I am wondering if this was typical for a day in Pre-K. 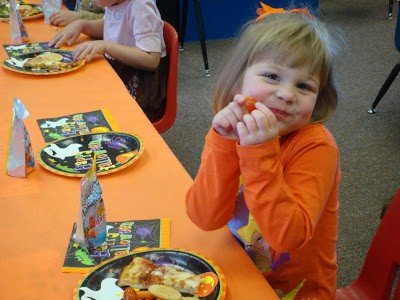 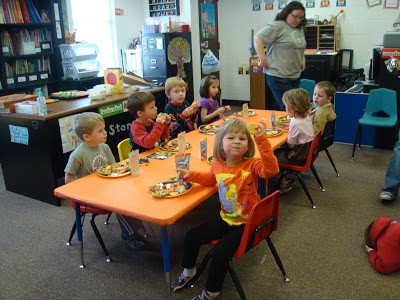 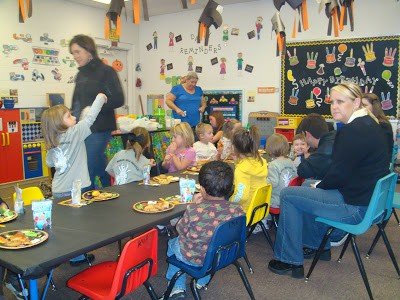 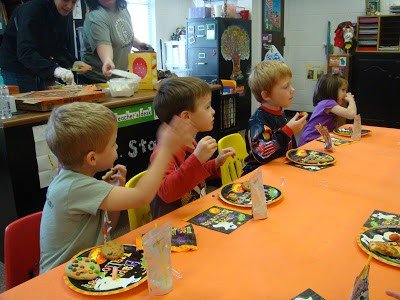 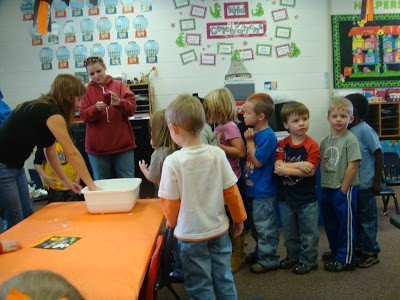 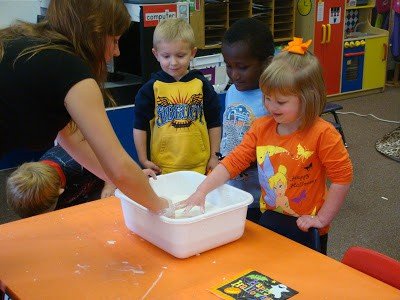 3-D
On Friday night, Mike and Emily and I went to see “Cloudy with a Chance of Meatballs” in 3-D at the theater. There were not very many people at the movies that night since it was trick-or-treat night in a lot of communities around here. Emily did pretty good with keeping her 3-D glasses on during the movie.
She also ate almost a whole box of Hot Tamales!!! She really likes hot stuff like that. It does not seem to affect her very much. If it was me, I would have sucked down a large soda with it but she was fine.
I think this was the first 3-D movie I had ever seen. We all had a good time together. 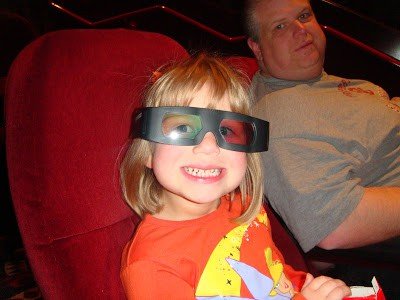