This weekend, we went to “the big Walmart”. This is news because we normally go to “the little Walmart”. But we had to go to the big Walmart to get a specific kind of DVD for our ultrasound scan this week. While we were there, we had to stop by and look for a few things that we can’t get at the little one – a/c filters, watch batteries, baby toys. 🙂

We had to see if we could find a gender-neutral toy for baby since we were at the big Walmart. Emily picked out a dinosaur toy. She has been studying dinosaurs at school for the last few weeks and so it’s fitting that she would pick this toy. 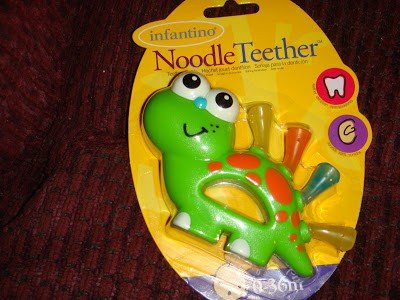 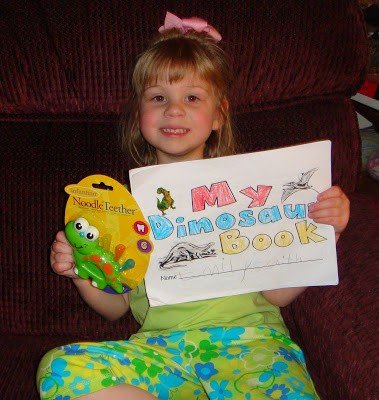 One day last week, she asked me if I knew what “distinct” meant. I said yes and explained what it meant. And she said “Well, the dinosaurs are distinct.” I said I think you mean “extinct”. Yes she did! I was very proud of her for trying it though.

I'm not sure how to get the video from the DVD to my blog. It's kinda big. Any ideas?

Emily, you are smarter than Nanny. I didn't even know that.