Tonight was the first night in about a week that I felt like it was not unbearably hot outside. Oh, it was hot alright but at least there was a little bit of a breeze.

And I was still sweating like a pig, but that is pretty much a daily occurrence any more. It is really awful to start sweating in inopportune places. Like in church. Or in meetings at work. Or in bed at night. Or just about anywhere. Uggh!

But we sat outside for a while and Emily played. But first, we had to clear the area of any bugs or anything else that looked suspicious. There was a wasp flying around outside her trampoline, but I shooed it away. And then there was “wasp poo” aka bird poop on the trampoline. So I sprayed that off with the waterhose.

The trampoline was still wet when she started jumping, but she didn’t really mind. It did not take long at all for her to start plopping down on her bottom and then springing right back up.

Emily also played in the water table a little bit. It was pretty filthy though. I tried spraying it out with the hose, but it still had some yucky stuff in the bottom. After we were done playing, I filled it up and put some bleach in it to clean out the muck. I’ll rinse it out in a day or two and it should be good to go.

Here are some action shots from tonight. Enjoy! 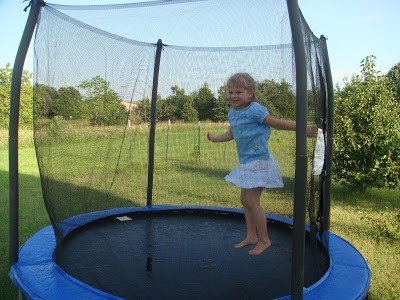 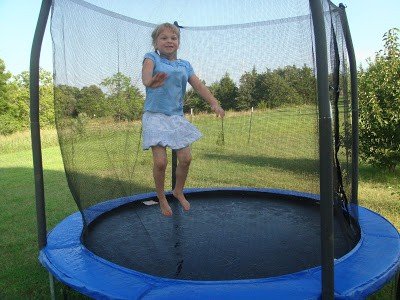 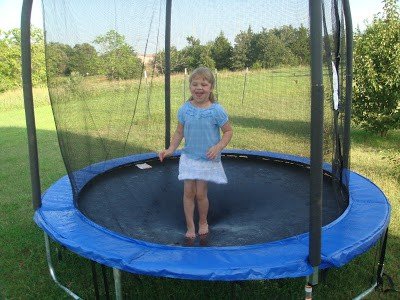 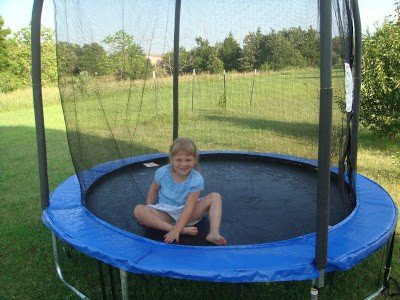 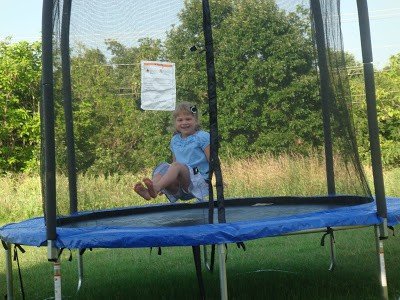