After school, Emily and I made some cupcakes. I wanted to do something special with her because we just don’t get to do many things by ourselves right now. 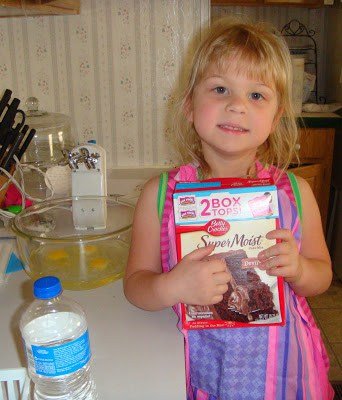 So we made 24 devils food cupcakes. Some had buttercreme icing and some of them had chocolate icing. But I didn’t get any pictures of them after they came out of the oven and got iced. But they sure were tasty! 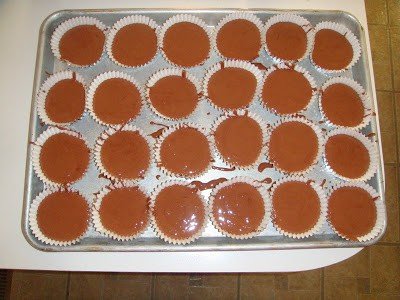 And while we baked, Noah helped. From his comfy carseat. 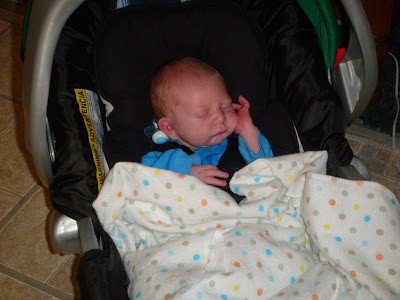 Isn’t he just adorable? Of course, he didn’t sleep for long. He’s been waking up every hour or so and screaming for more milk. Maybe another growth spurt? Or maybe just one of those days? 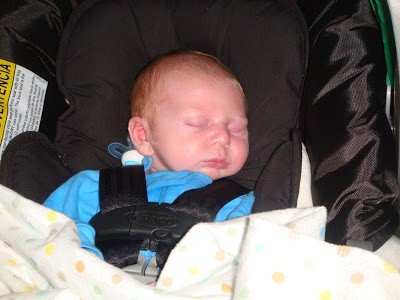 After supper and after Emily cleaned up her room, we went outside to play for a few minutes. It has been so much cooler the last couple days that I thought it would be a fun time. But Noah didn’t really agree. I don’t know if he was too cool or what, but he was a bit fussy while we were out there.

So back inside we went where Emily watched another episode of the Brady Bunch before bed. 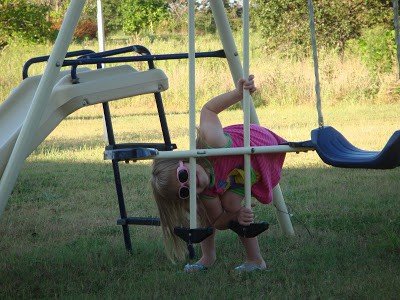 It was a busy afternoon, but we always have a good time together. Now if I could just get some more rest tonight, I would be in good shape. Noah has been waking up at around midnight and again around 3am. I’m up for about an hour each time so that does not leave much time for sleep at night.
Click here to cancel reply.