This morning after I dropped Emily off at school, Noah and I went to the hospital for our lactation consultation. Noah weighed 6lbs 9oz today. That means he’s gained 5 ounces since we were at the doctor’s office last week. This is perfect!

After watching Noah nurse, she said that he was doing a great job. He just has a hard time controlling his tongue (just like his big sister?) Sometimes his tongue pushes things out of his mouth when he doesn’t want it to. It’s just something that will get easier for him as he gets older and his muscles get stronger. The doctor mentioned this a couple weeks ago too in relation to his pacifier. By the time he’s about 6 weeks old, he’ll be a lot better at controlling his pacifier.
As far as my milk supply goes, she said that it’s true that he has been eating more than I’m producing but it’s not really too bad at this point. She said it could be because he’s taking so long to eat that my milk does not have enough time to build back up between feedings. She gave me some information on an herbal supplement that I can try to increase my milk supply. 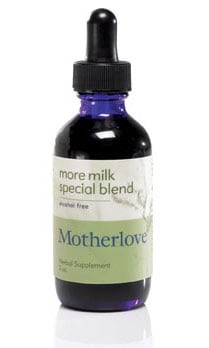 I tried a fenugreek supplement when Emily was a baby, but I didn’t think it helped much. I’m hopeful that this new formula will work better, but I don’t want to get my hopes up. If it does not work, I may be able to get a prescription for Reglan from my doctor. That did work with Emily, but I only took it for about a week.Either way, I’ll give Noah as much milk as I have. Every little bit will help him grow.Other than our appointment today, we did not do much else. Noah and I got home at about 1:30pm and then had to pick up Emily from school between 2:45 and 2:55pm. I didn’t get to talk to Emily’s teacher this afternoon, but I hope to be able to tomorrow. I like to be able to speak with her whenever I can and see how things are running in Emily’s class. This is a special time while I’m off work and able to do this so I really want to make the most of it.