We used to have a dog. He was a Bassett Hound named Fred. This is Fred. 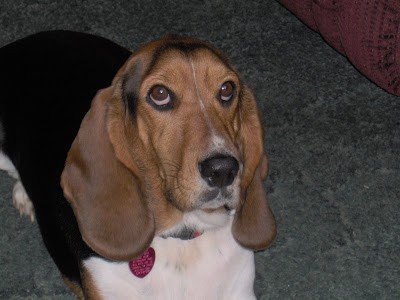 The new formula is Parents Choice Sensitive. It’s the same as Similac Sensitivity and is a low lactose formula. Noah seems to like it. He still has some gas and is fussy sometimes, but I think it’s better than it was before. It’s got to be better – the last formula we tried he would hardly even eat.

I have a picture for you from early this morning. It looks like Noah was fussing, but he was really talking – “Hey Sissy, come get me I love you and miss you.” 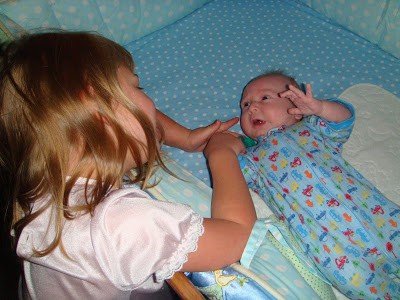 When Noah took his bottle this morning before school, he drank more than usual. I put him in his swing for a few minutes while I fixed Emily’s hair and he threw up all over himself and the swing. I had to clean him up and change his clothes before we could leave for school. We were a little later than usual, but we still made it to school on time.

I love the pic of her looking at him in the crib. How precious!