This afternoon after church, I tried to take some pictures of Emily and Noah. Noah was wearing the cutest church clothes – a button up shirt, pants, and a sweater vest. How cute is that???? 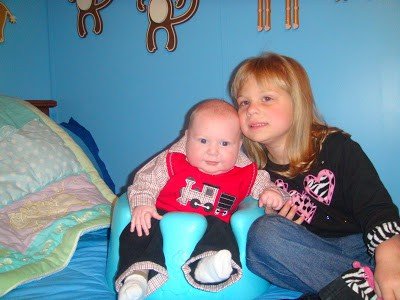 I was having a hard time getting both of them to look at the camera and smile at the same time. I think Emily finally gave up on me and decided to lay down instead. 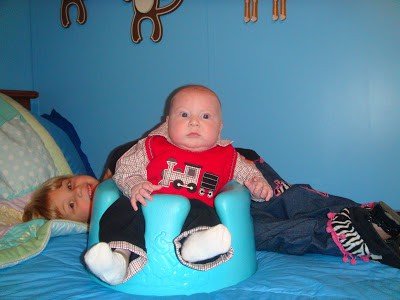 This evening at supper, Mike was holding Noah while we were eating and Emily was talking about a spider she had seen earlier in the day. She was telling Noah all about it:

“Spiders have 8 legs and they spin webs!”

“And sometimes they bite you.”

“They bite you and they can KILL you!”

“If they bite you, sometimes you will DIE.”

She looks him straight in the face and says “Stop laughing, Noah, I’m serious! They could bite you and you could die!”

And Mike and I both just started laughing. She sounded soooo serious and we thought it was soooo funny.