Saturday night was our Trick or Treat night around these parts. Mike and I decided to take the kids out to eat before we went Trick or Treating. We had to wait a few minutes to get a table and I snapped this picture of the kids. 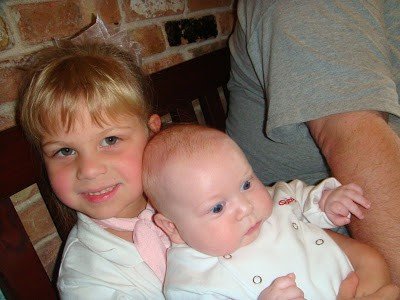 When we got to our table, I took a picture of Dad. 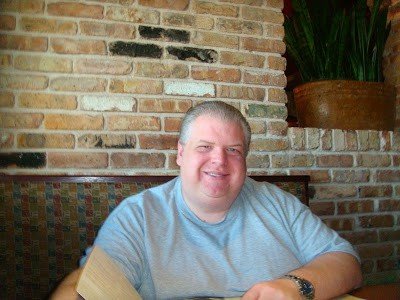 And Emily took a picture of me and Noah. He looks all happy, but he really fussed and cried during most of the meal. I said on Twitter the other night that he wants me to hold him any time we sit down to eat and that is so true. 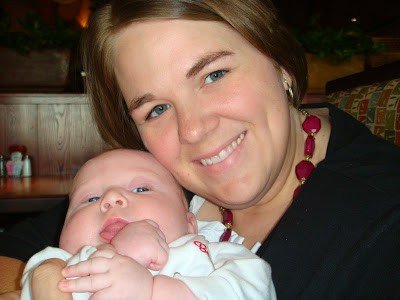 Before supper was over, Emily spilled her drink all over the table. It was just one of those nights. When it rains it pours, right?

Here is a picture of Aunt Pat and Noah. 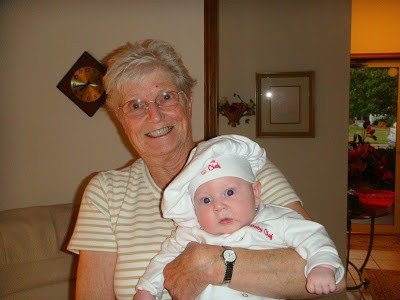 Next, we went by Nanny and Pops’s house. The power was out in their neighborhood so everyone was sitting outside handing out candy. As we pulled up, the electricity came back on. A LOT of people were walking around Trick or Treating in the neighborhood.

Noah was getting a little fussy so we ran by Aunt Charlene and Uncle Ralph’s house to Trick or Treat. Cherry, Madison and Mason and Kevin and Sarah went over there with us. The kids played for a few minutes while the adults chatted. And then the OU game started and everybody scrambled.

Here are the kids – Sarah, Madison, Noah, Mason and Emily. 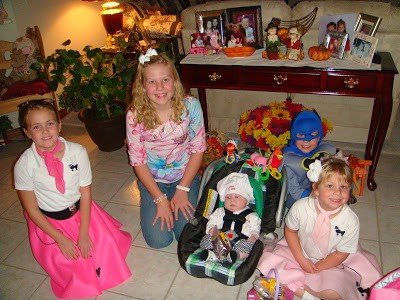 It ended up being a long and late night out, but we all had a good time.

We were all tired and ended up sleeping in until 7am on Sunday morning. We had to leave the house by 7:45am for Sunday School so we were in a mad scramble to get everyone ready and out the door on time. I cannot say that we were exactly on time, but we did better than expected.