Today was Noah’s 4 month check up with the doctor.  It was an early morning appointment so Mike went with us.  Noah is usually very happy in the mornings so I thought this would be a good appointment.

First, he got weighed and measured.  He is 15lbs, 12 oz which is the 50th percentile for weight.  And he was 24 1/2 inches long which is the 3rd percentile for height.  So he’s a healthy boy, but a little on the shorter side at this age.  All that could change as he grows. 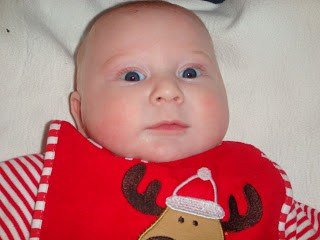 Noah just talked and smiled and cooed while the doctor examined him.  Dr K was wiggling Noah’s legs to check his hip joints and Noah started laughing out loud.  Dr K said “Oh, you like that, huh?  Nobody else likes that!”
Dr K said Noah looks great.  He’s eating well and growing well.  He’s hitting all his milestones right on target.  The doctor said I could start Noah on baby food if I was ready, but he doesn’t have to start until he’s 6 months old.  I actually gave him his first jar of sweet potatoes on Sunday.  He liked them, but we made a big mess! 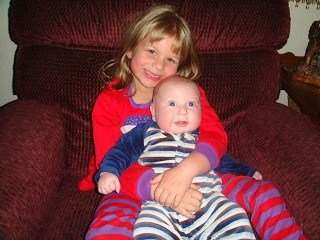 So what is Noah up to these days? 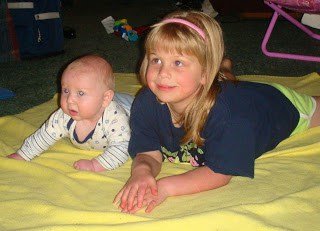 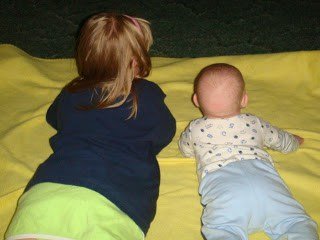 The pics of Emily and Noah on the yellow blanket were taken this weekend.  Emily was laying on the floor watching TV and I put Noah down there next to her on his tummy.  He just started looking up at the TV just like she was doing.  It was too cute not to get a picture!

Noah, we love you so much!  We are so thankful for you and we are so excited to watch you grow and learn.  We could not ask for a sweeter baby!!!