Skip to Content
Emily is on Fall Break the end of the this week so I am taking a few days off and we are going to do the “funnest things we can think of”.
Today our funnest thing was a trip to the zoo.
My pictures are out of order, but that’s okay.
I wanted to get Emily and Noah’s picture in front of this little brass elephant figure, but Noah was not too thrilled.  This the best one I could get. I think he was a little scared. 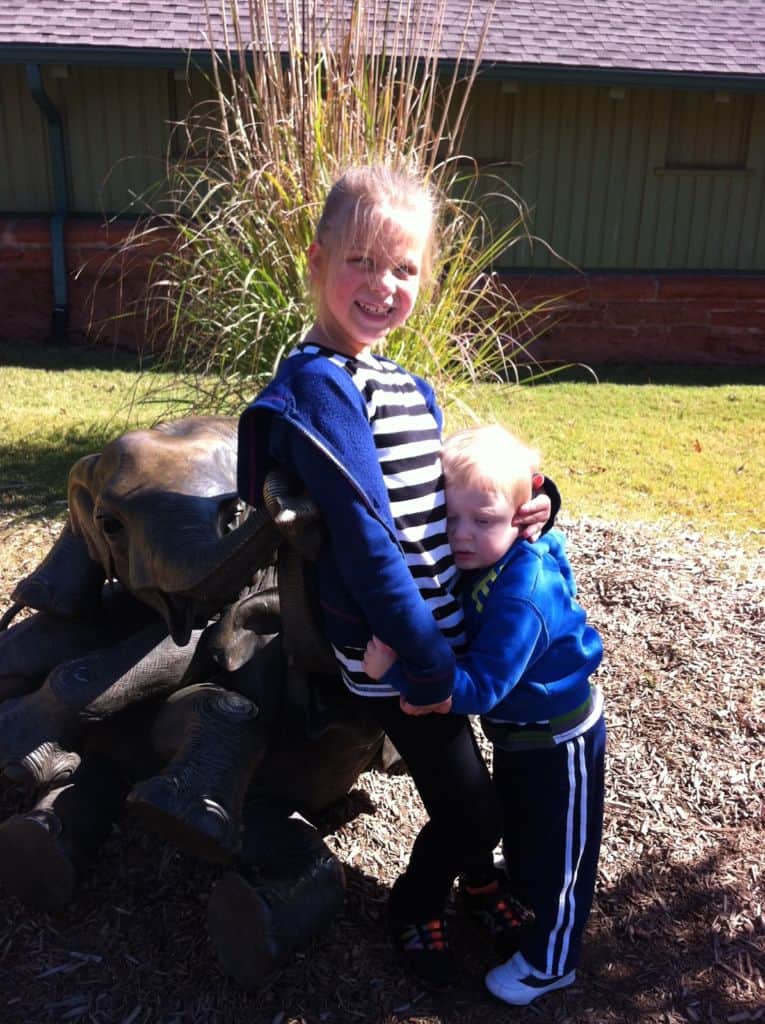 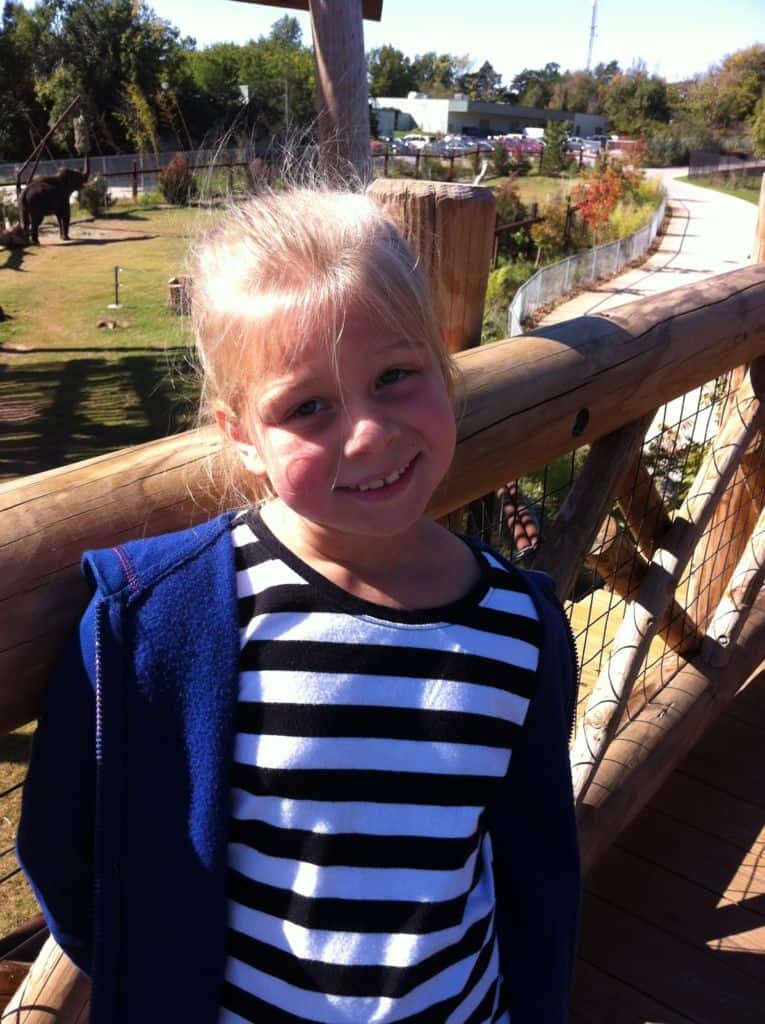 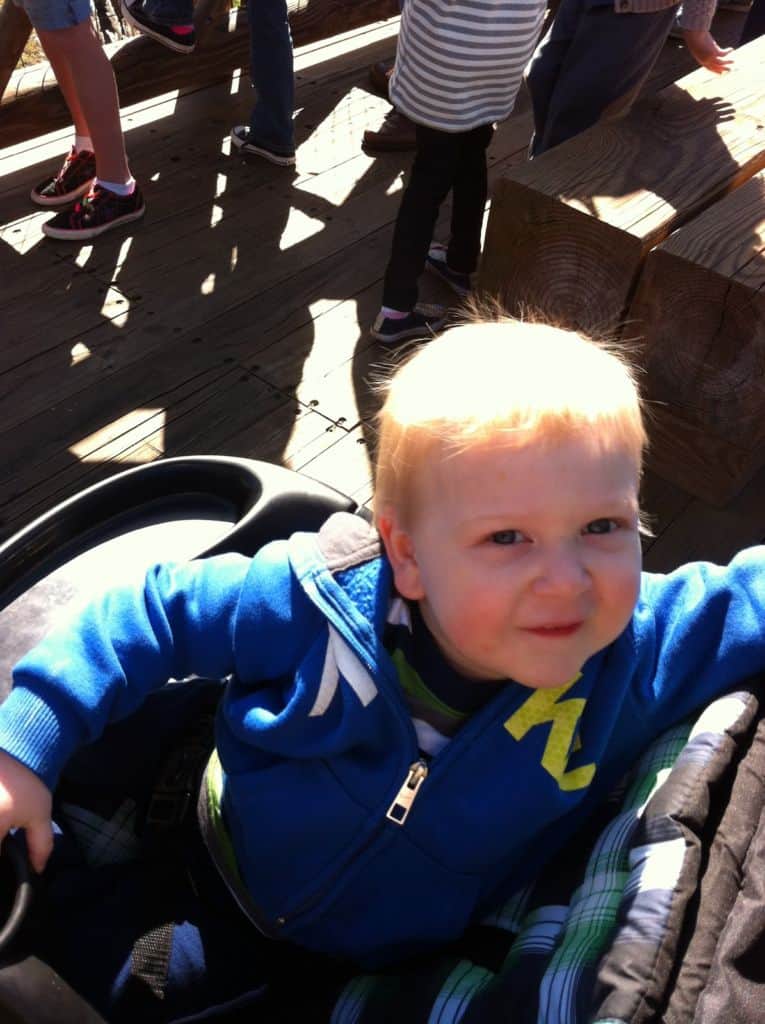 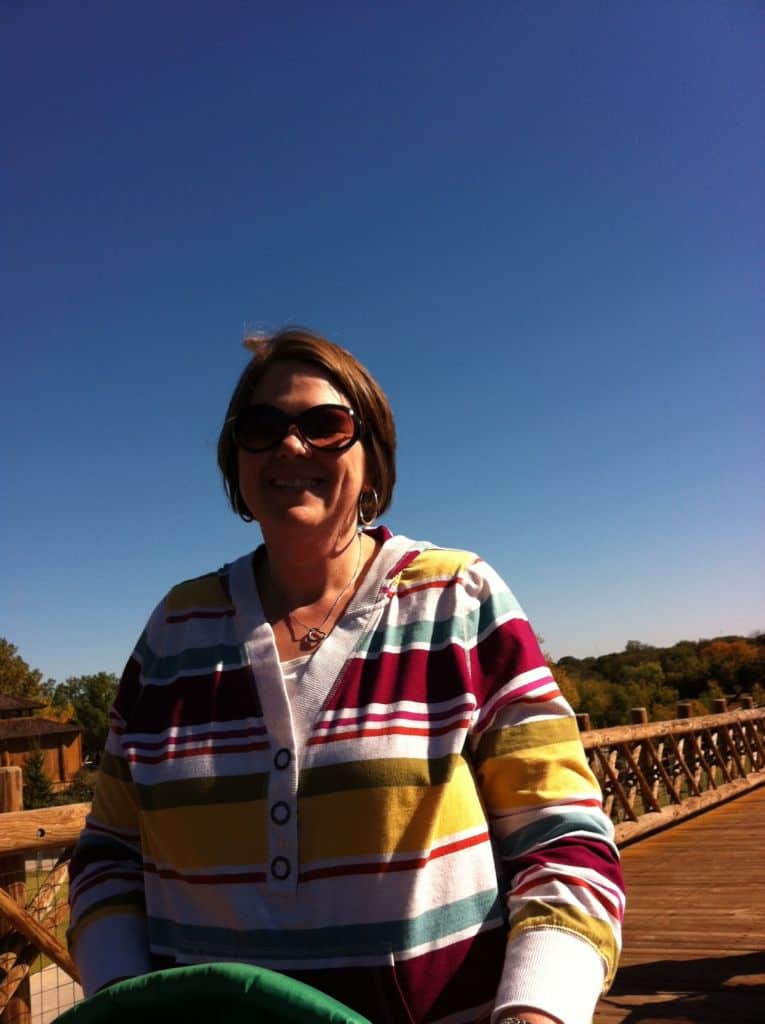 This was the first time I’d been to the new Elephant Habitat at the zoo. It was really cool.  There was an elevated walkway that overlooked the elephant play yard and you could see down into their house where they lived. 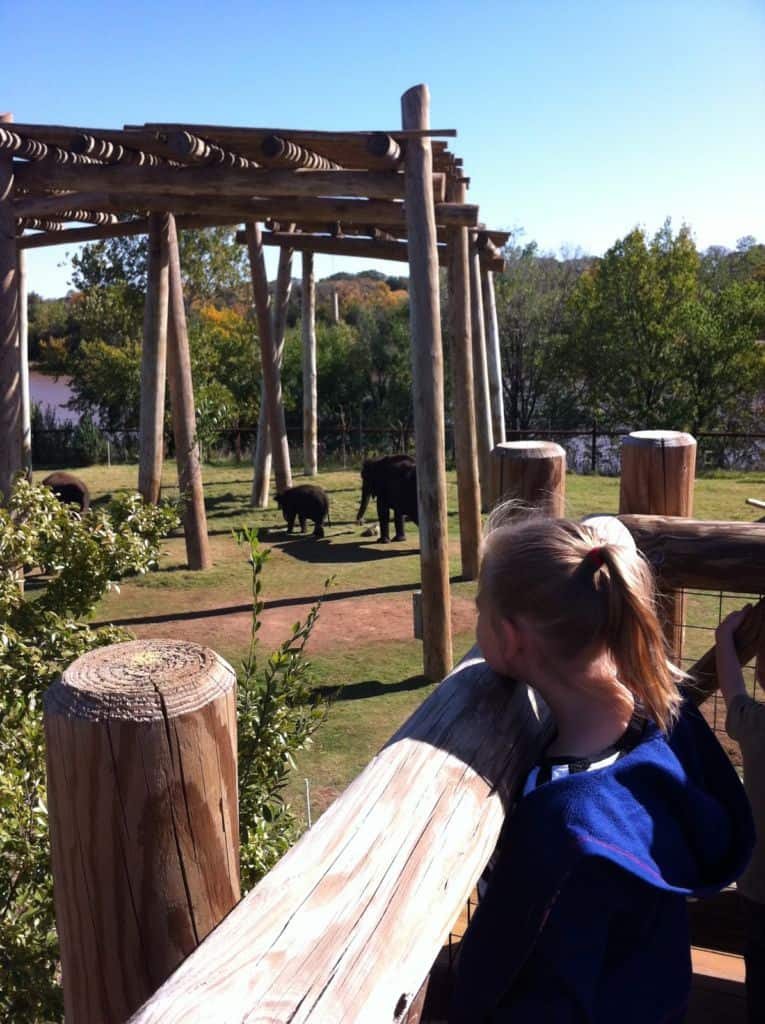 There is a new(ish) baby elephant name Malee.  Here she is with her mom and her aunt. 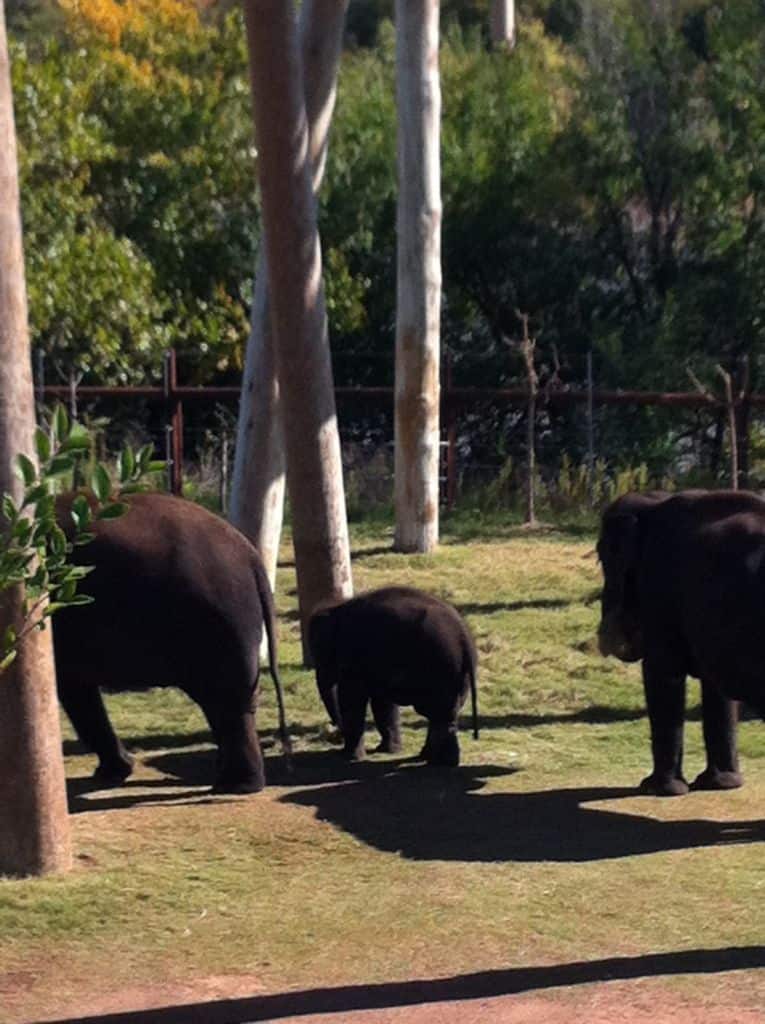 We also went over to the aquarium to check out all the fish.  We let Noah out of the stroller and he ran around the place yelling “Look!  Look, Mama!”  This picture was at the sea lion viewing area where they dive down right in front of the window. 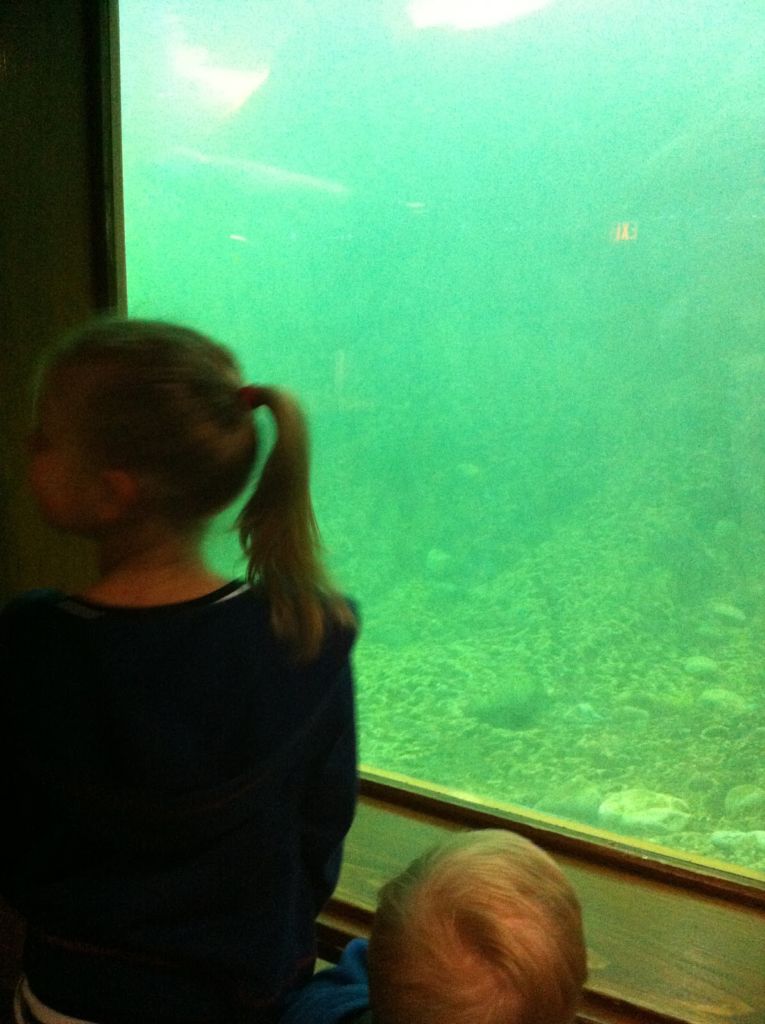 We saw this giant anteater.  (Of all the animals at the zoo, I ended up taking a good picture of an anteater? Really?) 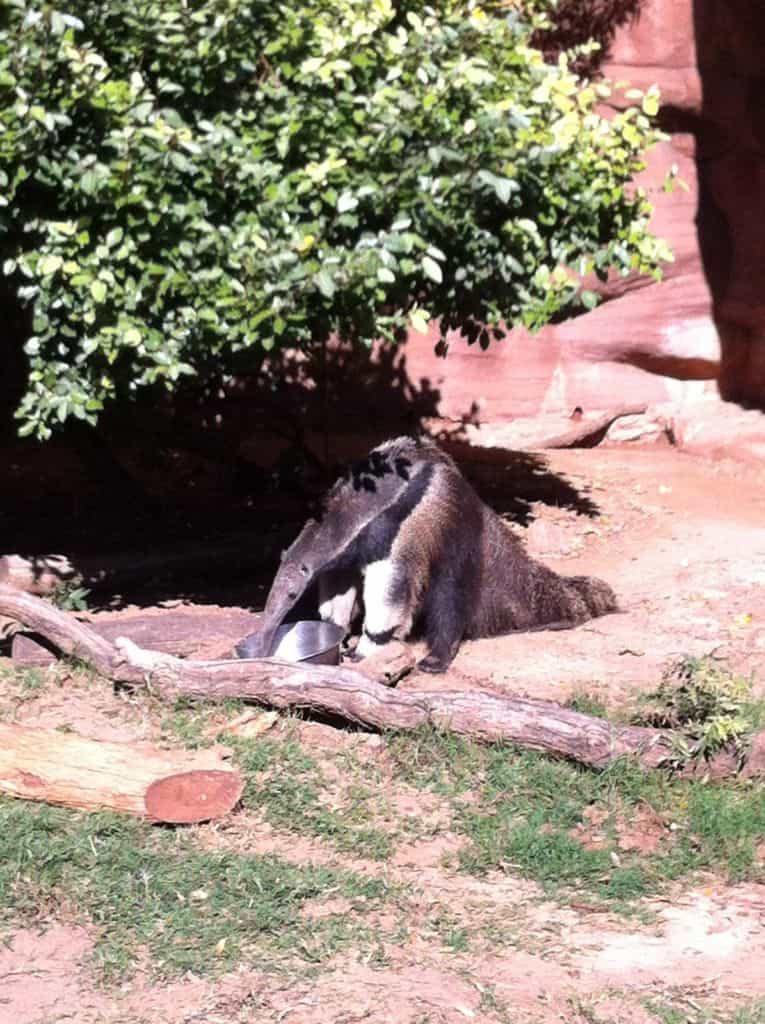 Noah was checking out all the animals. And he didn’t even have to trudge up and down all the hills at the zoo.  Lucky. 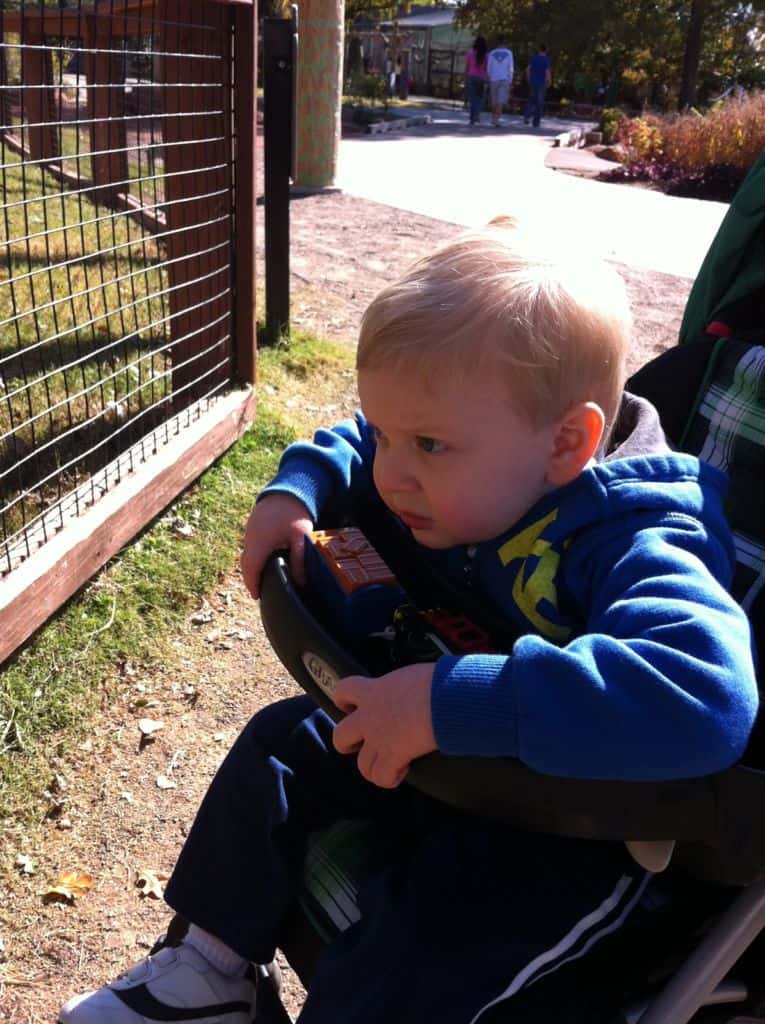 Emily really enjoyed the zoo. She had gone with her camp this summer so she was telling me all about the different animals and where to go. 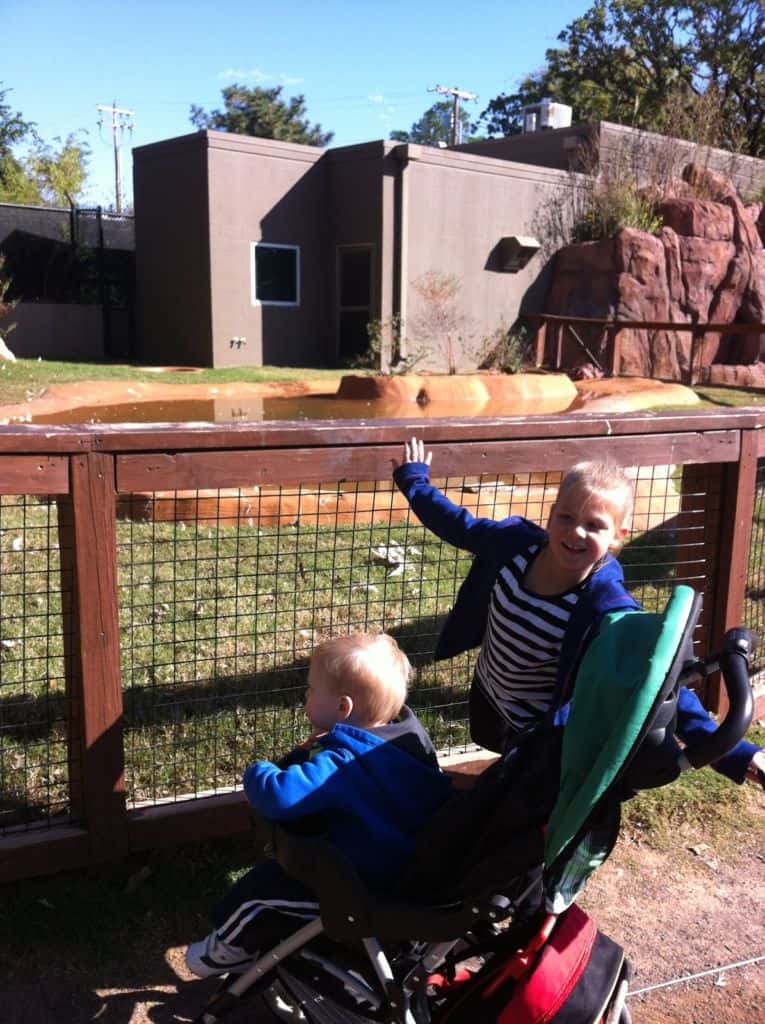 We rode the tram to see all the animals we didn’t get to see on foot.  At first, Noah seemed to be excited to go riding on the “train”. But after it started, he really wanted to get down. I told him that the conductor will make us get off the train if he stands up. That didn’t help. 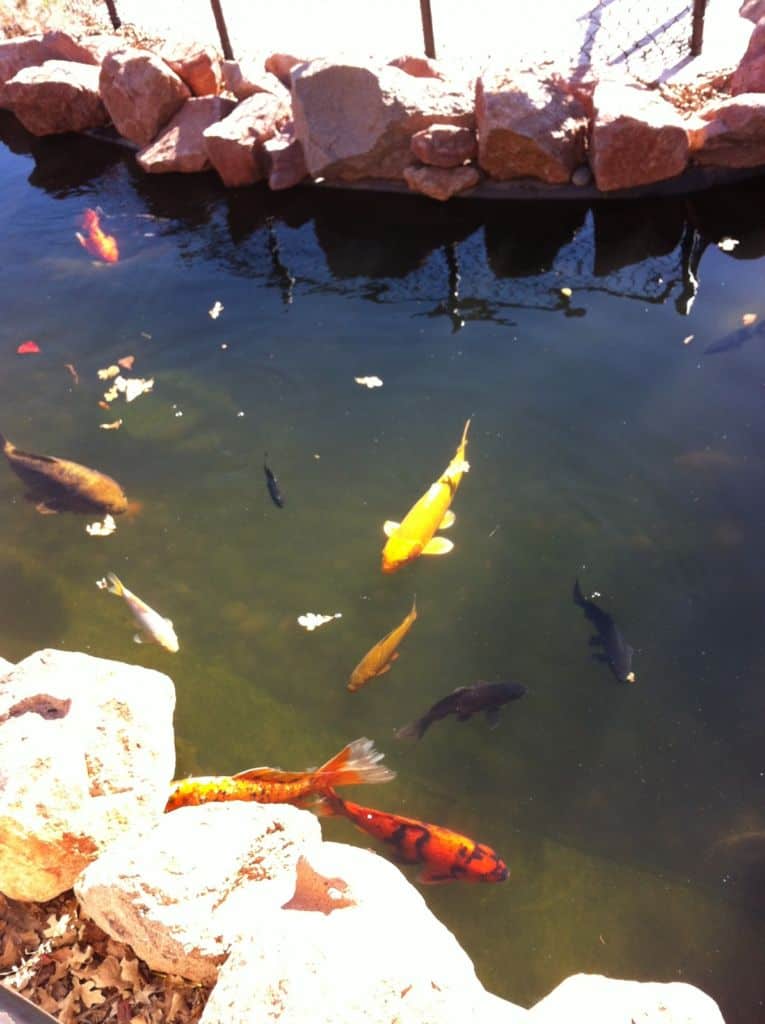 There is a new Children’s Zoo.  It had a waterfall that ran down to a pond full of the Koi fish above.  Emily thought those were really neat and just so huge. 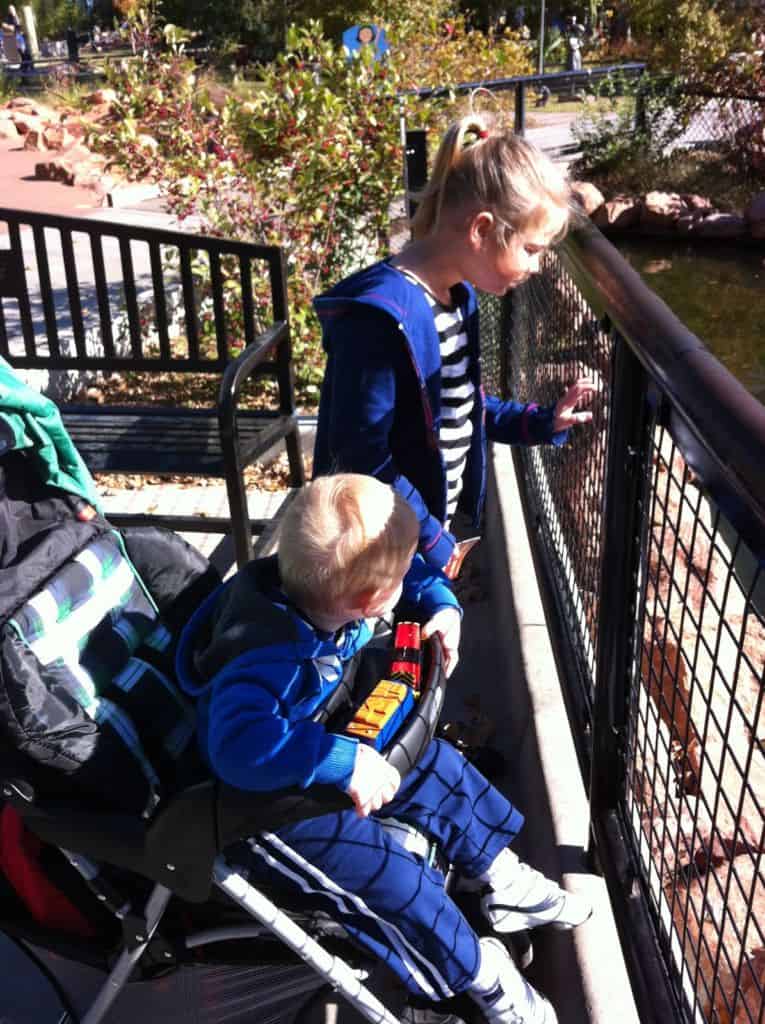 There was also a petting zoo, but Emily said “no way” to that.  Also there was a Lorakeet exhibit with some little birds that land right on you and you can feed them nectar.  But Emily said no to those too.

So we settled for these pink flamingos.  Very awesome. 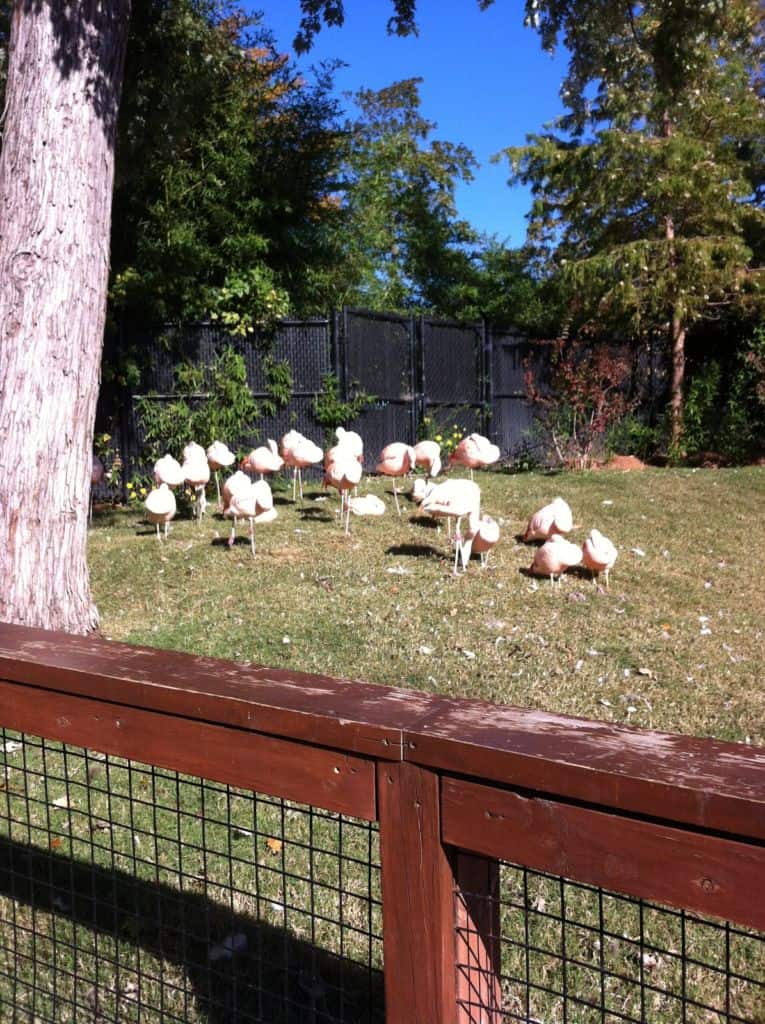 We all had an awesome time at the zoo.  It was pretty windy, but not too cold.  I think we picked the perfect funnest thing we could think of.

Who knows what we’ll do tomorrow ….

Love the pictures of the zoo. Looks like the funnest thing to do. Can't wait to see what you do today. Love you all.