This past weekend, we celebrated Noah’s 3rd birthday with family.

Everything turned out really cute and I think Noah had a great time with everyone at his party.

We had a pull-string pinata.  When we filled it up with candy, it was very back-heavy and hung crooked.  And when the magic string was pulled, the trap door opened but all the candy didn’t come out. So I gave it a couple good shakes and the candy went everywhere.  Noah was very selective with the candy items he picked and only ended up with 5 or 6 things.  But Emily was much less cautious and ended up with a bag full of candy.  Good thing we share around here. 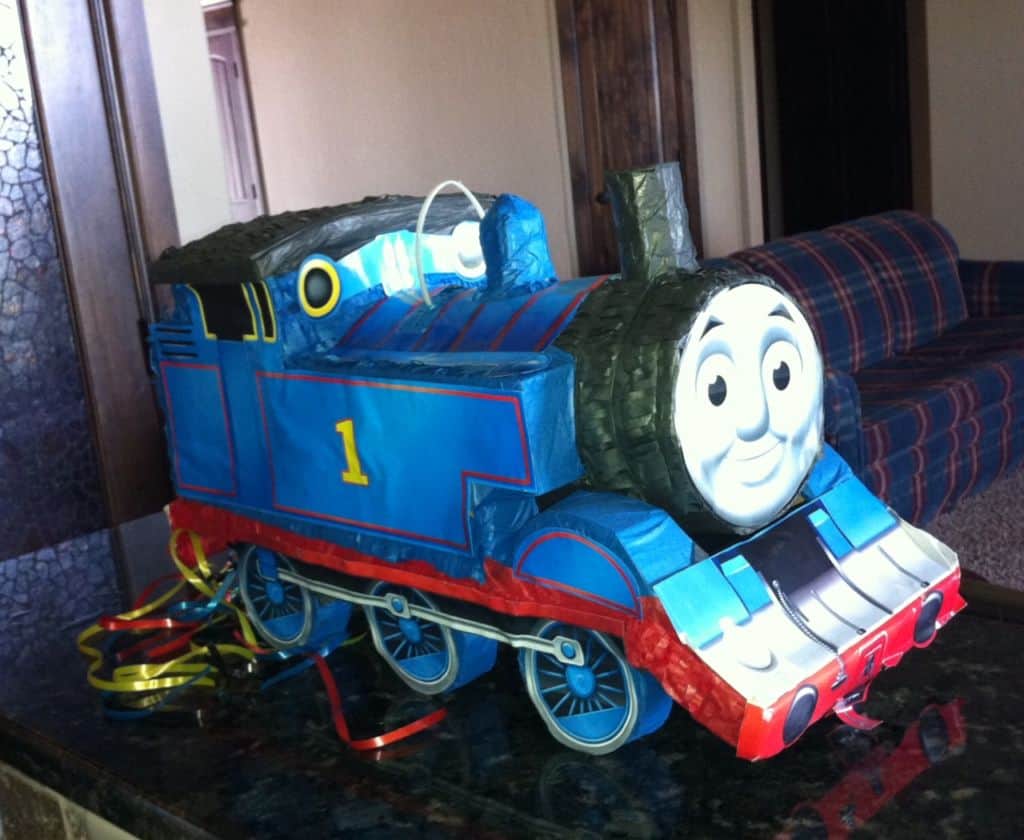 We took Noah to the bakery a few weeks before his party and let him pick out the cake design.  I think Mike was leaning toward a Batman cake, but Thomas the Train won out.  Noah was pretty disappointed that we couldn’t take the cake home immediately when we ordered it.  He asked almost every day to go back to the “bakery”.  I wish I had that on video.  He said bakery so cute. 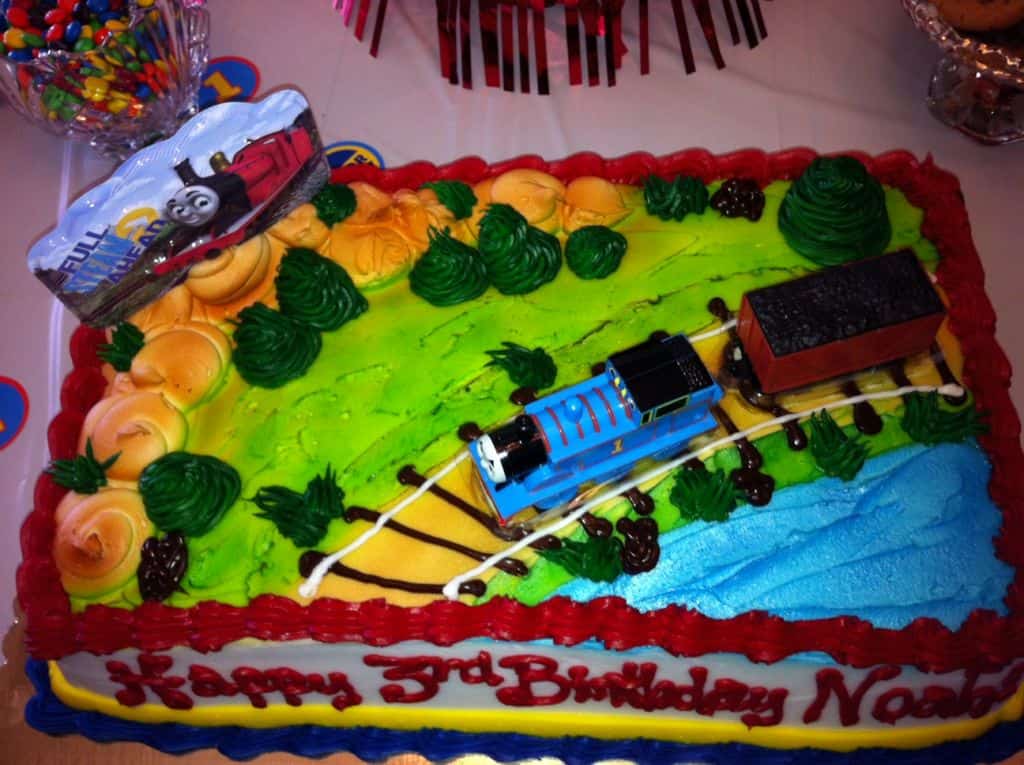 Noah enjoyed the balloons at the party too.  He wanted to take them all outside and let them fly away.  We let a lot of them fly away. 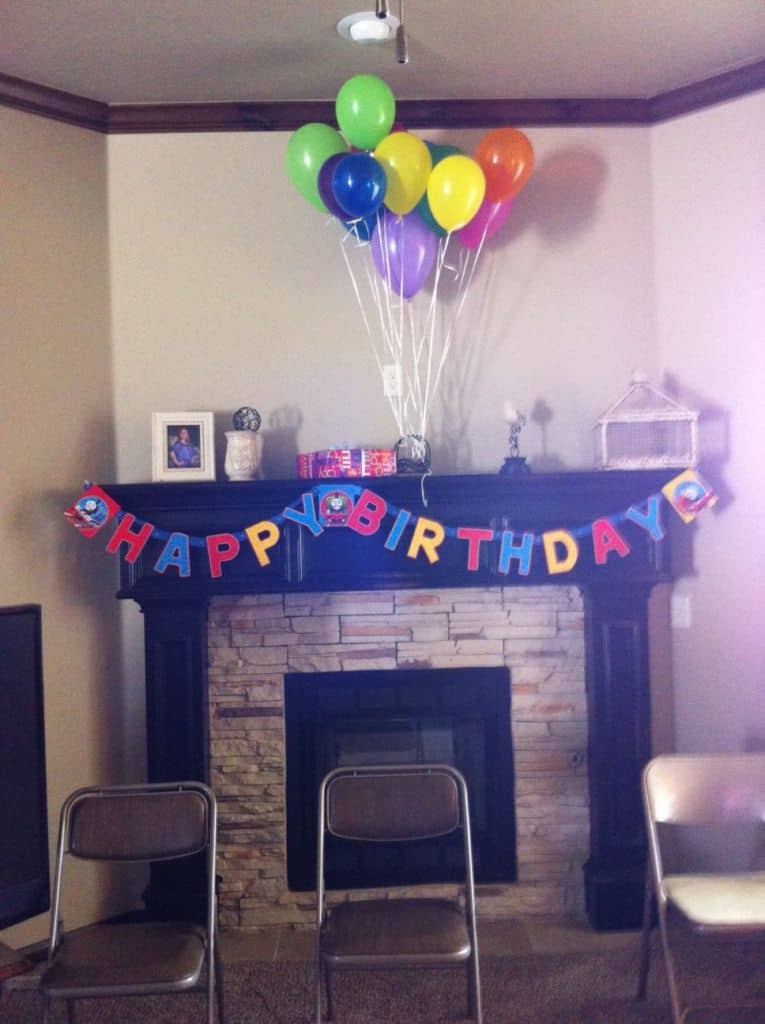 Today was Noah’s actual birthday. It worked out that I was able to work from home with him and Emily today.

We had a picnic breakfast outside.  They even got to drink fruit punch for breakfast. 🙂 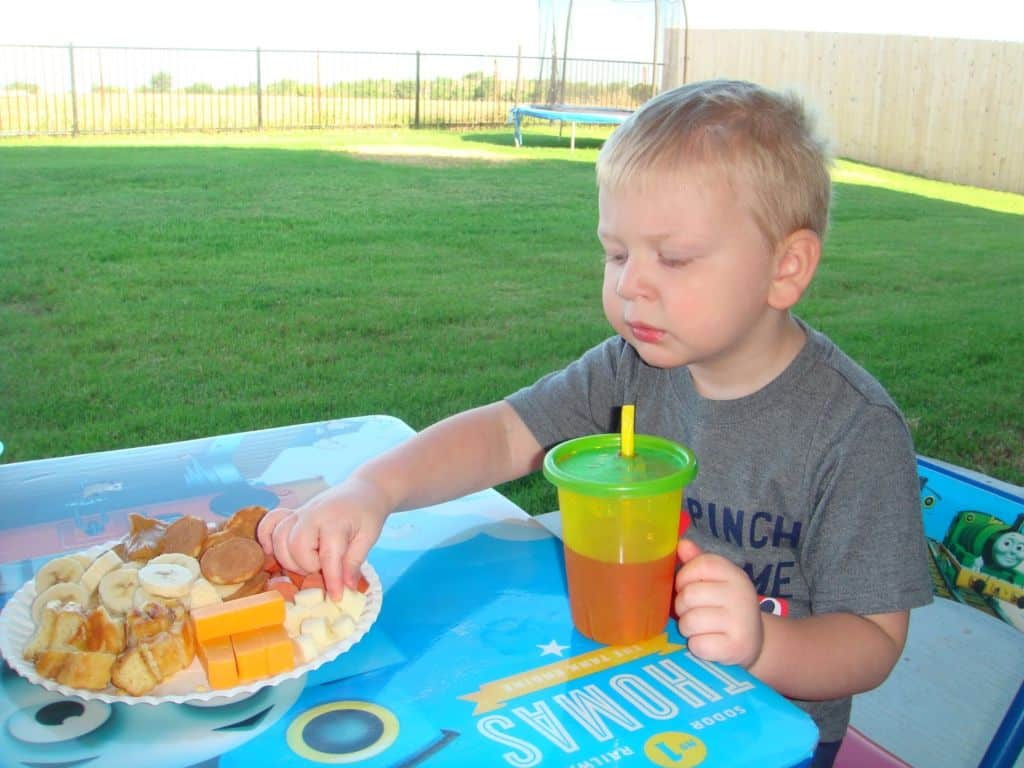 We played outside with the Play-Doh and even pulled the trampoline into the shade.  I was working from home so I just took my laptop out on the porch and worked while they played. 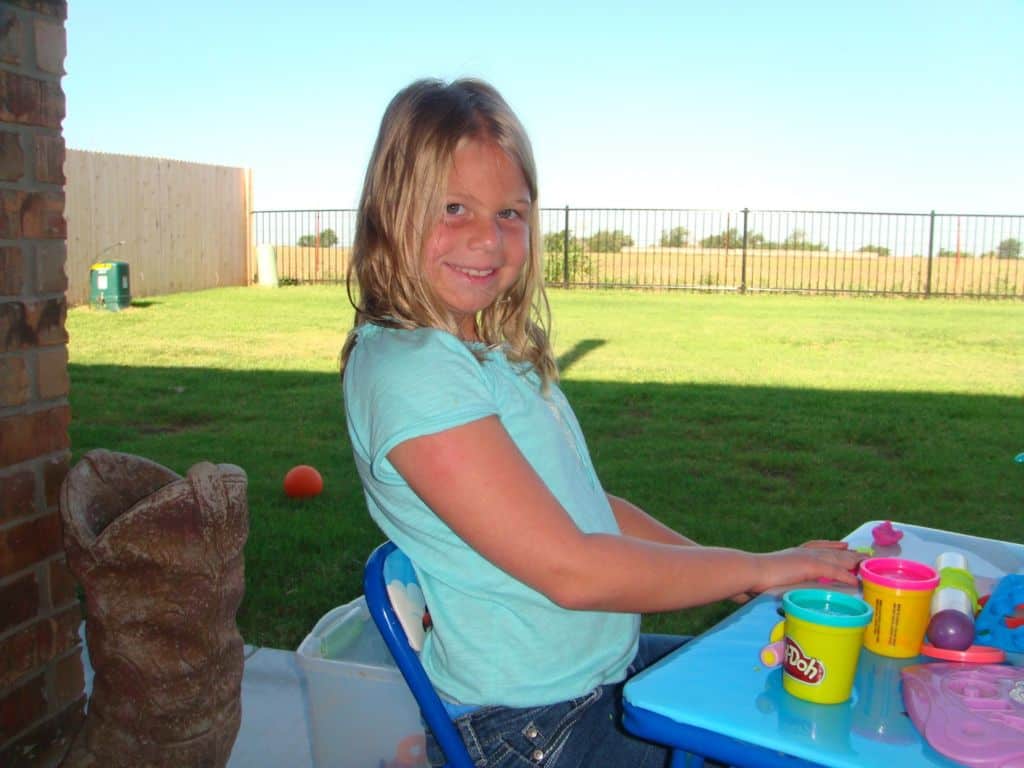 Then it got hot and we came inside and played with the new toys and the Thomas the Train tent. 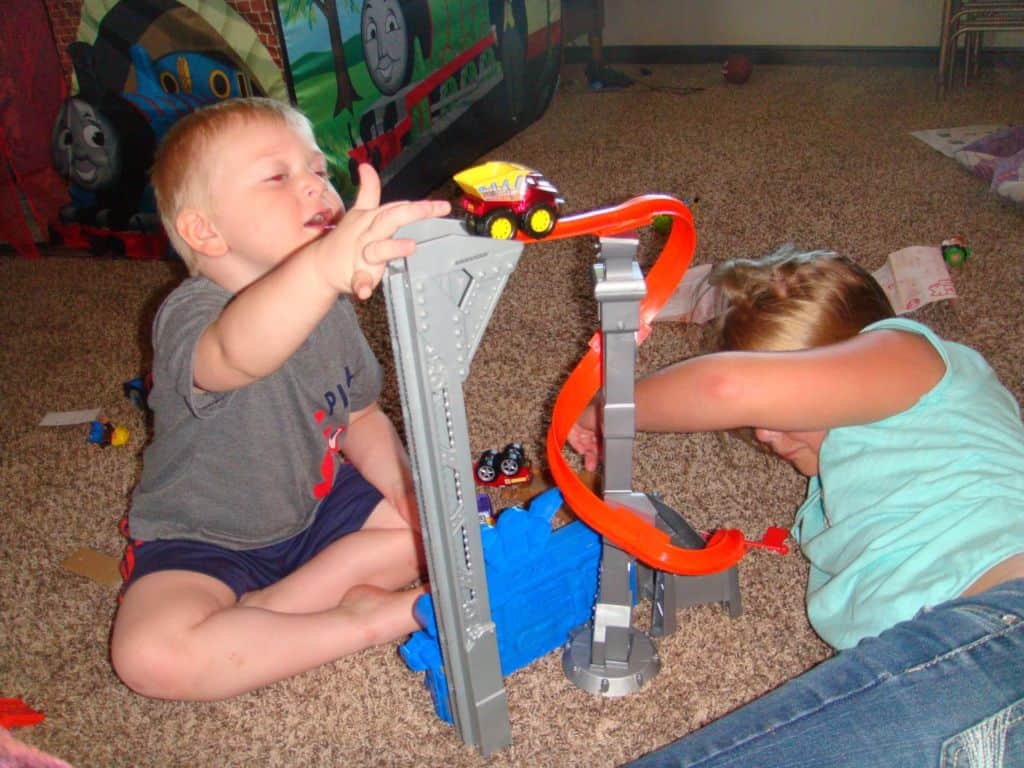 Then tonight Noah wanted to go to Taco Bueno for supper and then we went to Braums for an ice cream cone.  Noah wanted strawberry ice cream.  Easy enough. 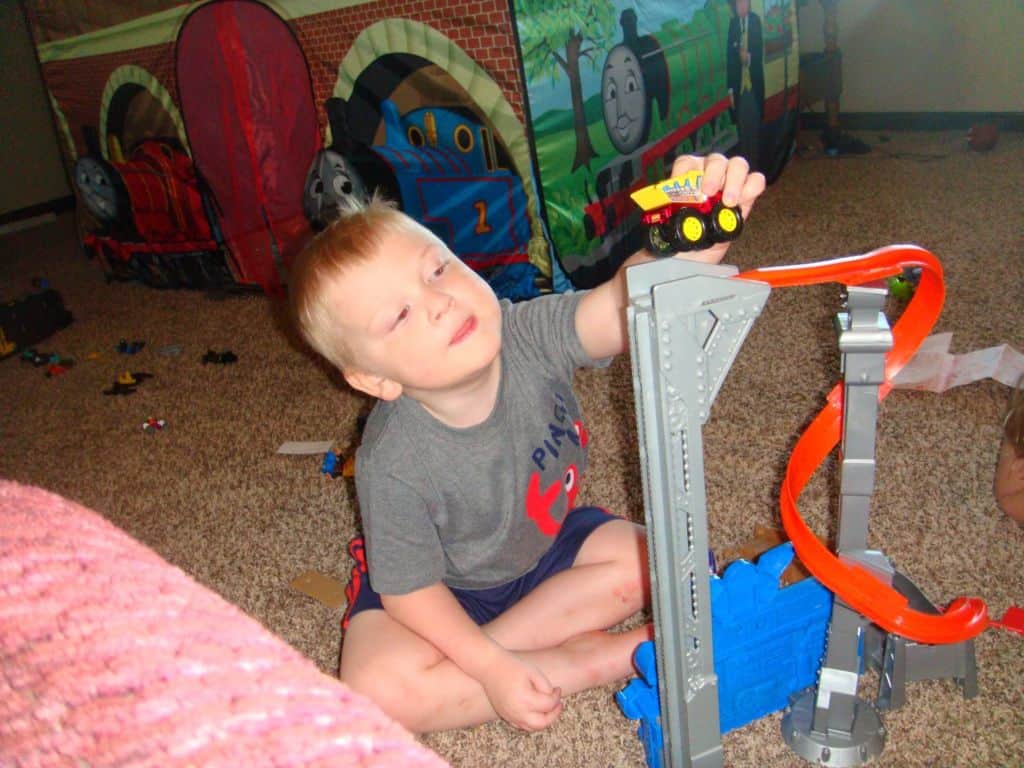 It’s been a fun couple of days.  We did finally move the big Thomas the Train tent into the playroom tonight.  Kinda nice to have our living room back.