One night last week, Emily’s school hosted a 3rd grade math carnival.  We all went and played lots of games.  I am going to let Emily tell you all about it.  She is going to be my guest blogger for today!

Hi everybody, it’s Emily.  On Wednesday I went to a Math Carnival! I played lots of games. This is me when we were getting out of the car! 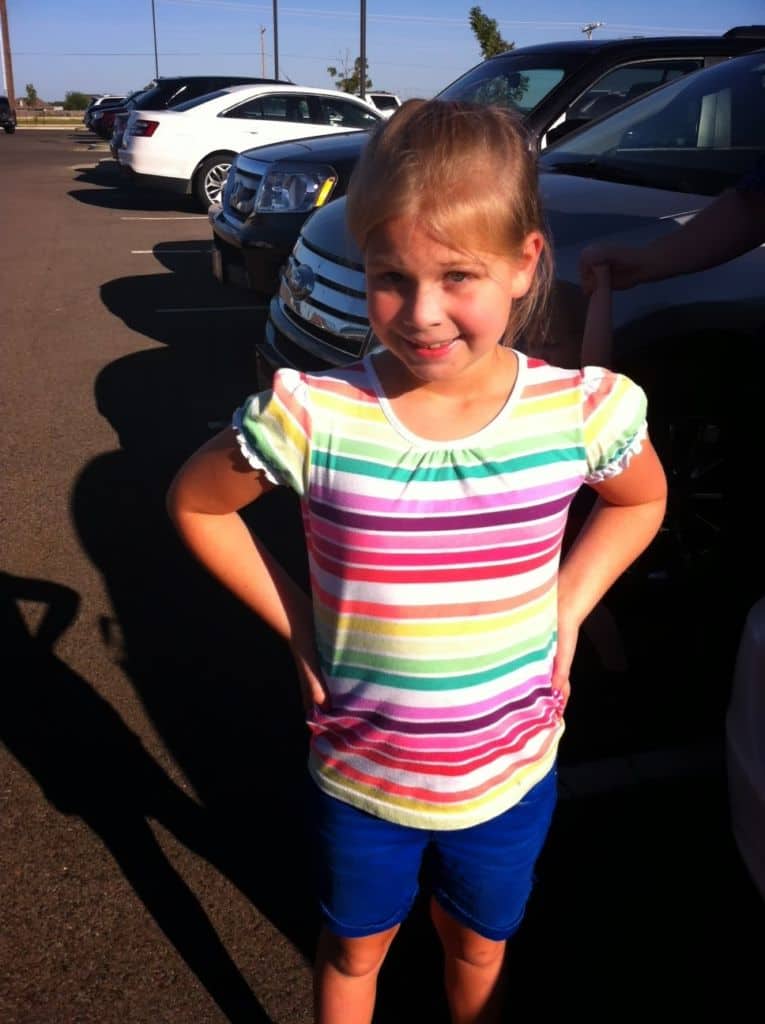 I will tell you the easiest game.  It’s called the cupcake walk. It is when she turns the music on and you walk in a circle of chairs. On the back of the chair is a picture of a cupcake and a number. When the music stops she calls a number in the tens place or other places and if you have a number you get a cupcake!!!! I got a chocolate cupcake with pink frosting with brown sprinkles.

The hardest one is called straight shooters. It is where you have three marbles and throw it on the number chart and you have to add up all three numbers.  Then you have to multiply that number by three!  My three marbles landed on 27 every time. That is hard!

There was also a Estimating Station.  You had to go around the table and guess how many items were in each jar. They had a jar of mini marshmallows, one with M&M’s, cheese balls, gumballs, Twizzlers and other things.  You write your guess on a piece of paper and they told us the winners the next day. I won the jar of cheese balls!!!!!!!!!! I guessed 500 cheese balls and there were really 530.

This is me with my cheese balls.  Want some? 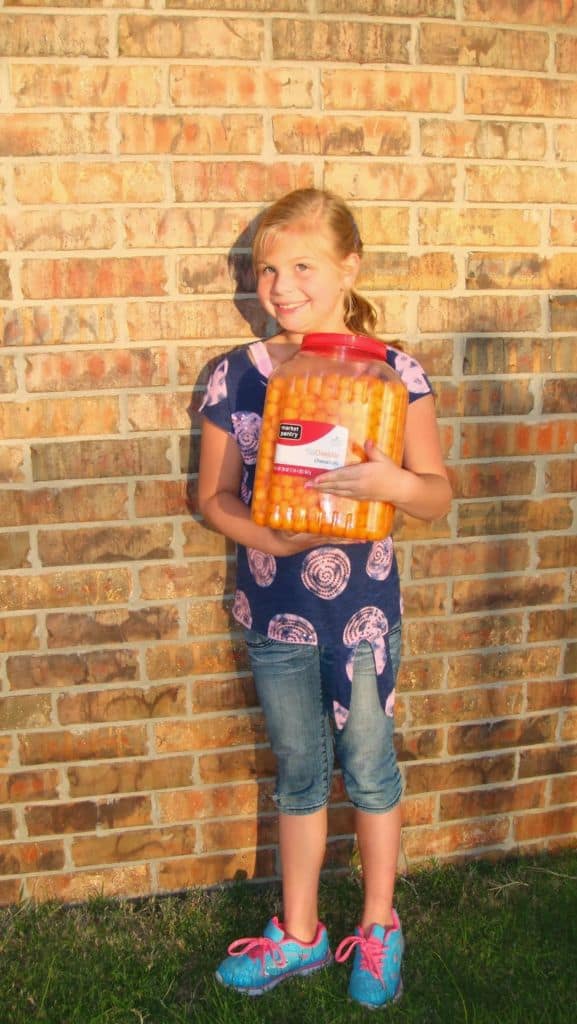 I had so much fun at the Math Carnival.  I saw a lot of my friends and the games were fun. I love my new school!

Thanks so much to Emily for guest blogging today.  She also got her progress report on Friday and she has all A’s!  We are so proud of her and love her so much!

Well it’s a rainy Saturday at our house.  It’s hard to want to get up and do anything when it’s rainy and chilly outside.

Have a great weekend!

Math carnival sounds like so much fun! And you did such a good job blogging, Emily! Love you!