On the 4th of July, we made one of our favorite breakfast treats – homemade donuts!  Just ask Noah – they are better than the donut shop!  And they are so easy to make, especially if everyone pitches in. 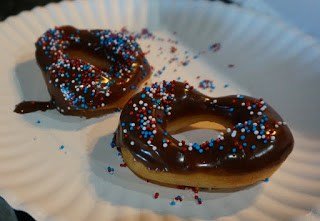 This is one of those recipes that I remember my mom making for us occasionally when I was a kid.  They were a big hit back then and they’re still a big hit now.

So I said they were easy to make, right?  Well, they are made with canned biscuits!  What can be easier than that? 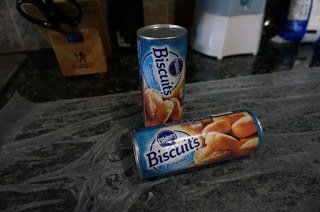 But before you start messing with the biscuits, you’re going to need to make some glaze for your donuts.  Or I suppose you could just put powdered sugar on them?  Or cinnamon and sugar?  But where’s the fun in that?
We like to make a vanilla glaze and a chocolate glaze. 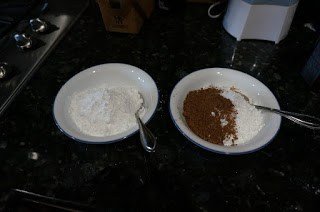 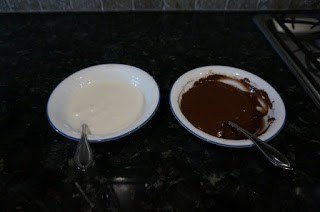 Now, pour maybe an inch of vegetable oil into a skillet and heat up on the stove.  Every stove is different, but I set my stove between 5-6 on the dial and that seems to work well.
While the oil is heating, you’ll want to open up your cans of biscuits and lay them out on waxed paper. 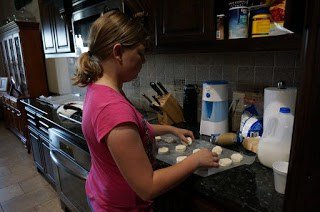 I like to flatten the biscuits with my hand so that they are more uniform in size and shape and will be  easier to cut and cook. 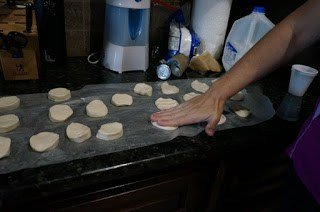 Next, you’ll probably to cut out the donut holes with a donut cutter.  You’ll probably want one like this one that has a removable donut hole cutter.
This Norpro Donut Cutter is the exact one that I use and it works really well. 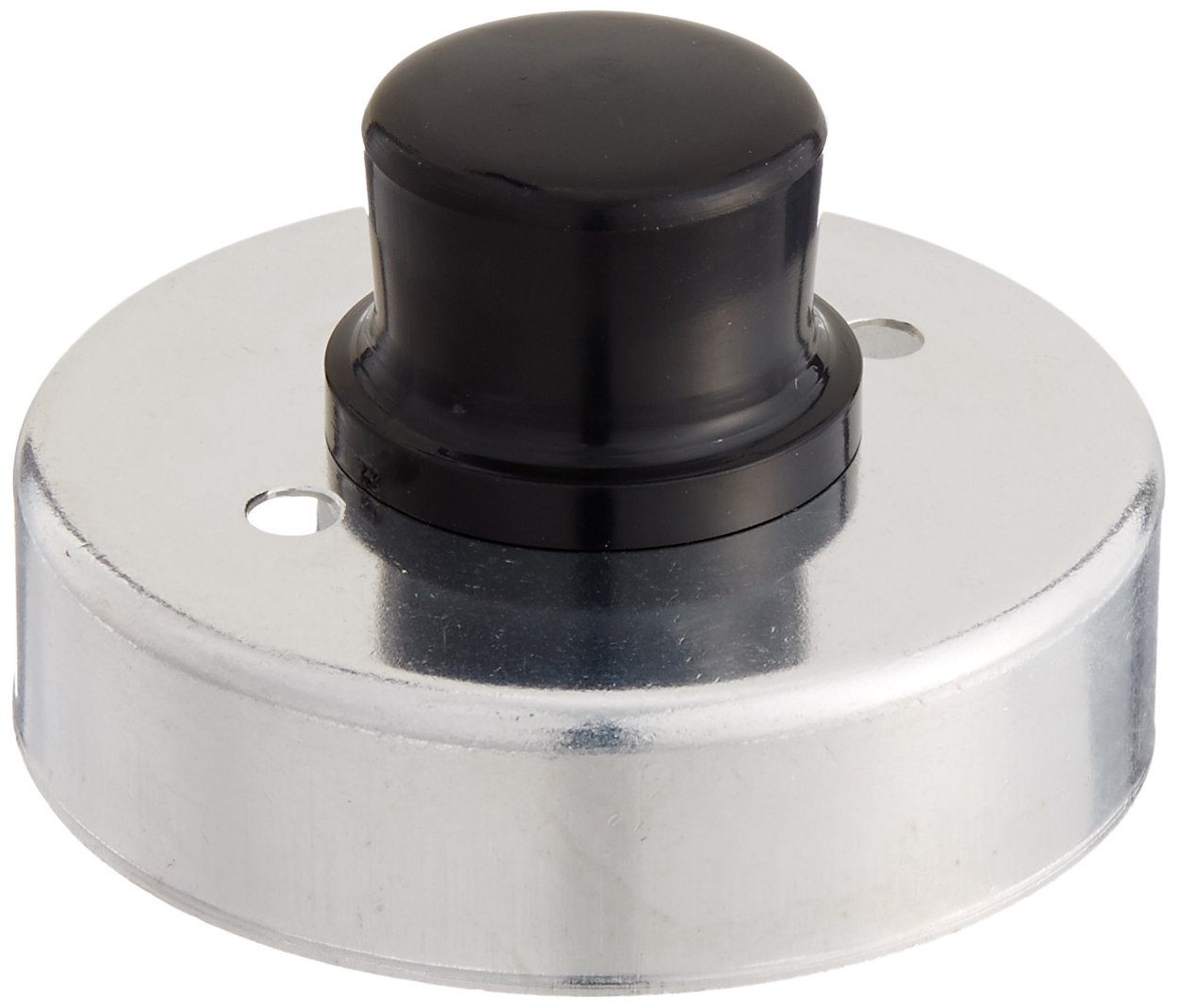 You’ll want to cut out the donut holes and separate them from the donuts. 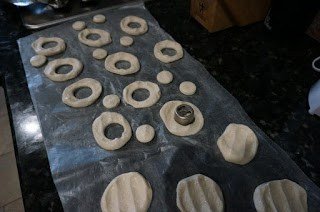 I usually put a donut hole in the oil as it’s heating up.  I know the oil is ready when the donut hole is nice and fluffy and brown.  Then I just start frying up the donuts.  Four donuts fits in my pan perfectly.  I use two forks to flip them and remove them, but you could use tongs or a slotted spoon just as easily. I use a slotted spoon when I fry the donut holes. 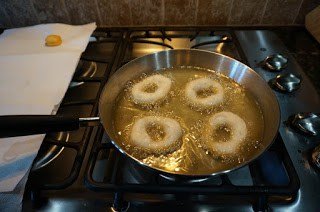 While I’m frying the donuts, Emily and Mike usually work on dipping them in the glaze as they get cool enough. 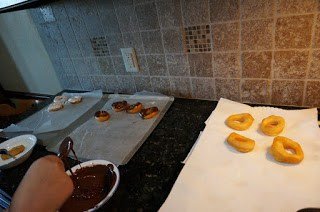 And, of course, you can add sprinkles if you’d like.  Do this when the glaze is still wet though. 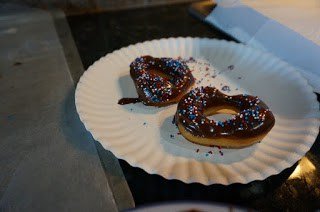 And before long, you have a whole mess of yummy donuts. 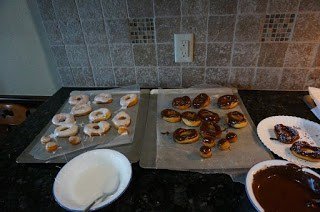 One of our favorite parts is that we can use the leftover glaze as a “dip” with our donuts.
And if you want proof that these donuts are worth it, I’ll leave you with this photo as proof – YUM! 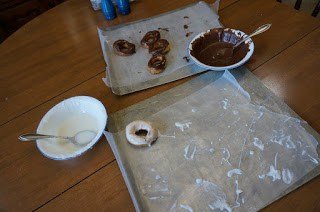 Have you ever tried homemade biscuit donuts?
Do you make the glaze or cover them with something else?
Affiliate links were used in this post.
Click here to cancel reply.