Noah had a hard time sitting still in the theater. This movie did not capture his attention like some of the movies we’d seen in the past.  We made it through it though.  It was a lot of fun.

This morning was our second day catching the school bus.  The first day, the bus was about 5 minutes late and Emily was all upset that we had to stand out on the sidewalk and wait for the bus.  EMBARRASSING.

So this morning, I tried to do better and get us to the bus stop closer to the time that the bus shows up.  We started walking down our street and Emily says “I think I hear something big.”  What? Like a bus? Okay, lets hurry.  So we turn the corner and there’s the bus coming down the street!  We took off running toward the bus stop.  Luckily, there were quite a bit of kids queued up to get on the bus so we made it in time.  Whew.

And tomorrow, we shall readjust.  Again.

But I’ll leave you with a couple more pictures of our first day of school. 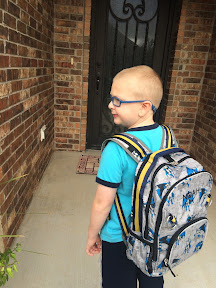 Emily had a limit to the number of pictures she was willing to take with her brother. 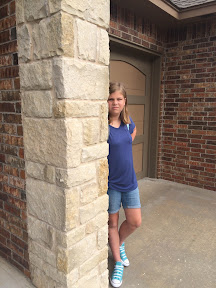 Emily looks like you and me - and Heather. Love your shoes, Emily!

Fun times for all!