Skip to Content
On Sunday morning, we checked out of our hotel then met up with Heather and Stephen and drive out to the Wild Wilderness Drive Through Safari in Gentry, Arkansas. 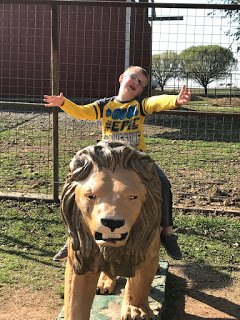 When we first got there, we went through the drive through safari. This is one is different than the drive through zoos that we’d been to before because they don’t allow you to feed or interact with the animals in the drive through part.
But this camel … came right up to my window and he was so cute and friendly. I rolled down my window to pet him just for a minute and the kids got so mad! Noah said I should use #rulebreaker again. But this camel wanted to be petted. I. Couldn’t. Resist. 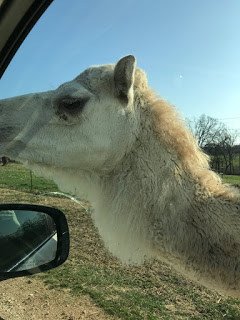 This safari had a lot of interesting animals like this big boy rhino. Or could be a girl, I guess. 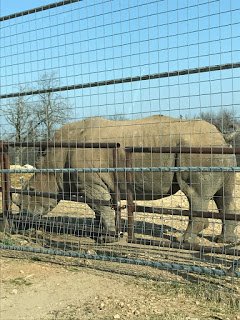 Also this hippo. And not a little hippo either. I don’t know if I’ve ever been so close to a hippopotamus. And seriously, why is hippopotamus so hard to spell? 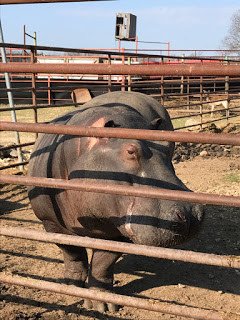 They also had a lot of prairie dogs. I mean A LOT. And they were right out in the middle of the pasture with the other big animals. I don’t know if their presence was coincidental or planned, but they were literally right along the driveway. 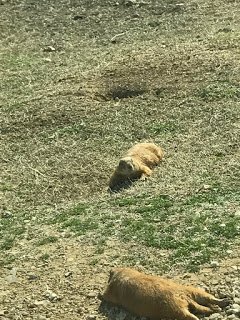 After we finished up the drive through, we got to go through the petting zoo. At first, we ended up petting the animals in the naughty pen and it turns out we were not supposed to be there. But then we went over to pet the goats and baby calves then on to the kangaroos. How cool is that?! 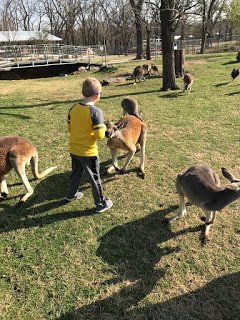 We got to feed the kangaroos. Some of them had joeys in their pouches. 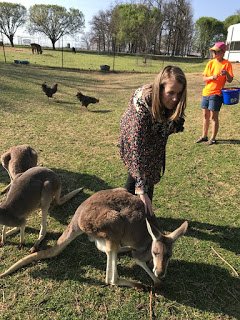 The petting zoo area also had two giraffes that we got to pet and feed. 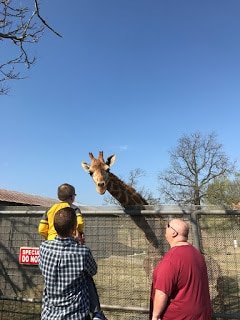 Those giraffes are smart. They know exactly who has the food and who doesn’t. And if you don’t have a treat for them, they don’t want anything to do with you. 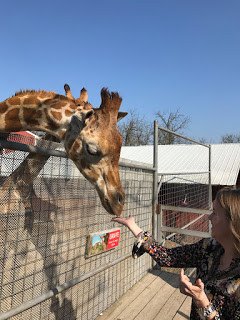 There were really a lot of animals in the walk through and petting area. I don’t even remember them all, I’m sure. But they have peacocks, giant tortoises, llamas, a lot of different kinds of snakes, several kinds of monkeys. 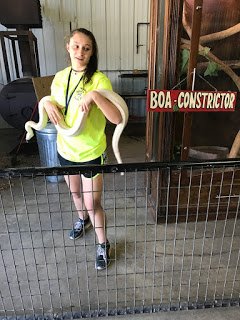 Noah even touched a boa constrictor. 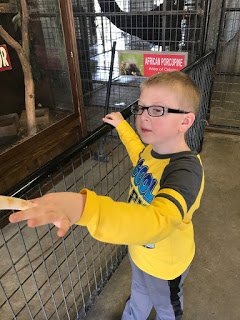 After we got finished at Wild Wilderness, we headed to lunch at Shogun. We sat at the grill and watched the cooking show while we ate. We a had a lot of fun with Heather and Stephen.
But then it was time to drive home. What else do you have to do a long drive besides take a selfie? Silly kids! 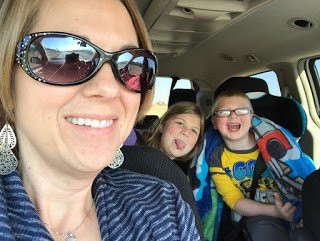