Last weekend, my parents came up to visit for a few days. For some reason, I did not take any pictures while they were here. I think we were just so busy that I didn’t even think about it.

One morning, I took my laptop outside and let her make slime while I worked. She bought all of the supplies on her own and came up with the recipe from YouTube. It was messy, but she had a lot of fun. 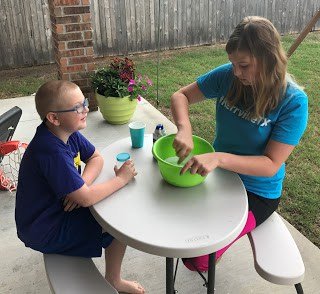 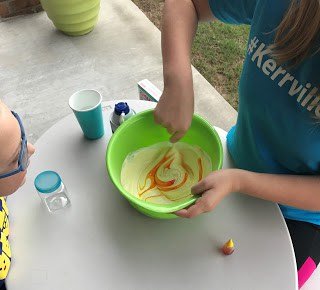 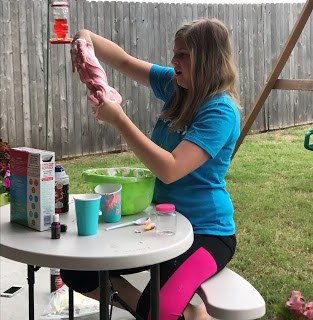 While they were here, Mom and Dad helped us install some new shelving in our garage. It looks so much better. I’m surprised how much of a difference it made. We still have the same amount of stuff, but it’s so much easier to see what we have. I wish I’d thought to take before and after pictures. I will have to get out there and take some “after” pictures this week though.
Granddaddy also put together Emily’s Flickr Scooter

for her. We all had fun riding that thing. Even Granddaddy took it for a spin. He was actually really good at it, too!
I hope you all are having a great week. It feels like this month is flying by. Before you know it, it’ll be July!
Click here to cancel reply.