Skip to Content
This weekend, we went on an adventure to the Tulsa area. Funny how Tulsa is not that far away, but it’s very rare that we make it up that way. Our first stop was Mexican food at Los Cabos and then the Oklahoma Aquarium. 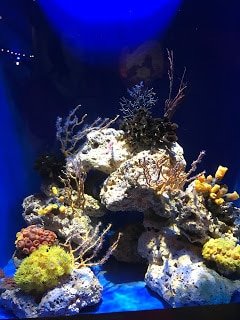 The aquarium has been open for about 14 years, but we’ve never been.  It was really neat though. 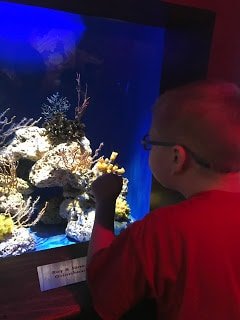 We all enjoyed seeing all the different exhibits. 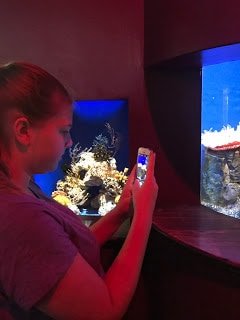 We all took a bunch of pictures of the different animals. 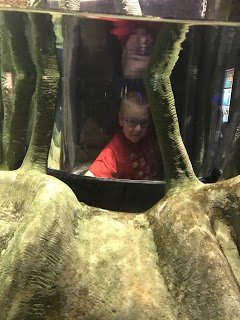 Noah is such an independent guy. He has no problem walking off on his own and blazing his own path. Watch out world when this one gets older! 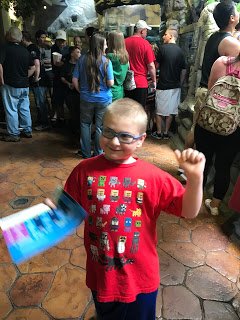 He also has some pretty cute dance moves, don’t you think? 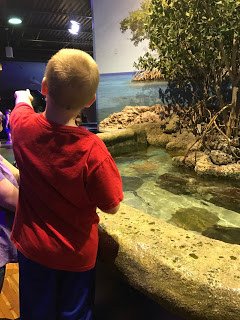 See what I mean about the smooth moves? 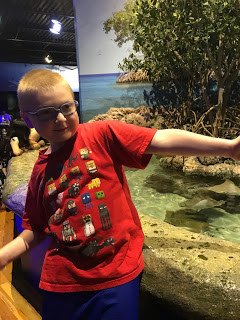 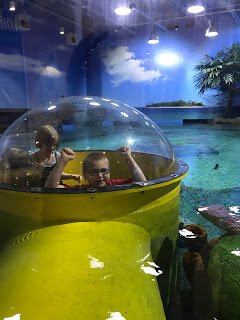 Shhhh, don’t wake the octopus! There was a temporary barricade around his tank and a sign that said “No Flash Photography”. Maybe he’s grumpy? 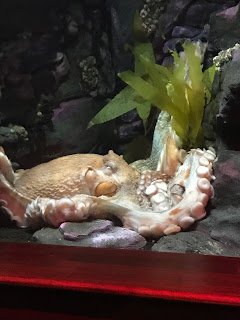 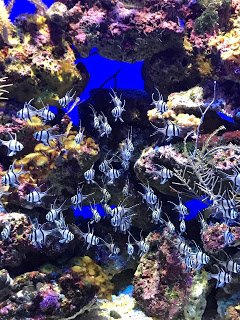 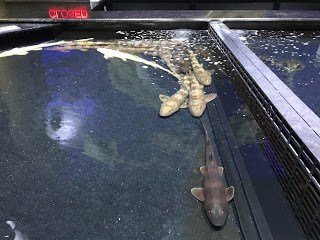 We went through the shark tunnel and Noah and I found ourselves in the shark cage. Don’t think I’d be brave enough to get in a shark cage in the ocean though. 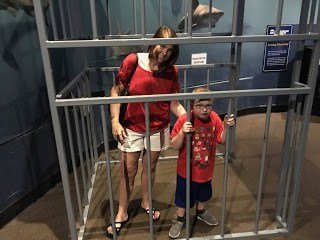 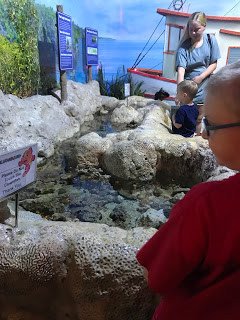 We did not spend a lot of time here, mostly because of how quickly Noah was moving through it. I would go back someday though. They are already planning to add some new exhibits soon. 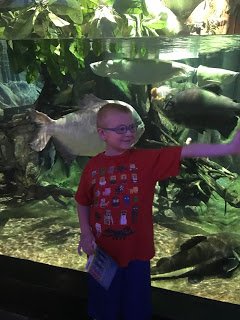 Keep watching for updates to see where else we went on our Saturday adventure.
Click here to cancel reply.