Skip to Content
Back in July, we went to the beach with our family! This is the first time my brother and sister and I have ever been on vacation together. We really had a great time together.
We were at the beach for an entire week and there is way too much to share in one blog post, but I did want to at least start telling the tale. 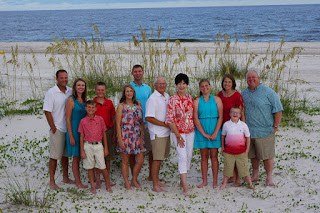 We stayed in a private beach house right on the ocean in Gulf Shores, Alabama. It was called the Dancing Dolphin and we literally saw dolphins out our window several times while we were staying there. 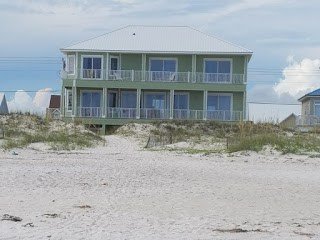 We took tents down to the water every morning so that we could spend as much time as we wanted down by the water without burning up. A couple of days the water was pretty choppy, but we had a lot of fun. One day, we even flew some kites over the water. 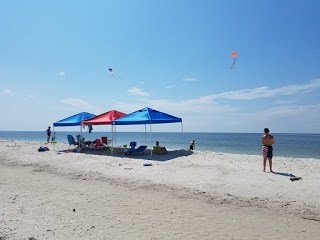 I loved waking up and seeing the beach outside my window every morning. One morning, I woke up to see dolphins cruising by. The beach was beautiful. I can’t say that enough. The sand was pretty and white, there was no trash or seaweed. 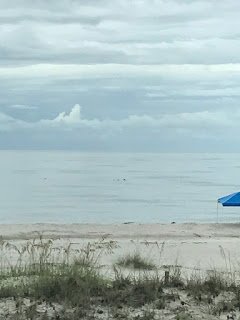 We took long walks on the beach every day. Sometimes we would pick up shells along the edge of the water. 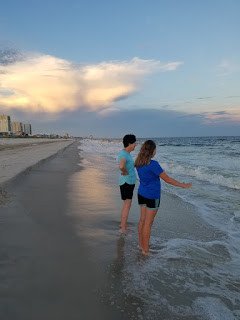 One morning, I got out early and went for a walk along the beach to look for shells but the tide was not right and I was not finding many shells. But I did see a double rainbow. It lasted a long time. I think almost all of us ended up getting a picture of it before it went away. 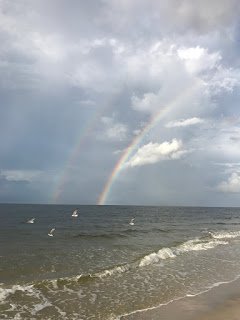 We saw a lot of birds while we were walking along the beach. This bird was fishing along the edge of the water and was not bothered by me at all. 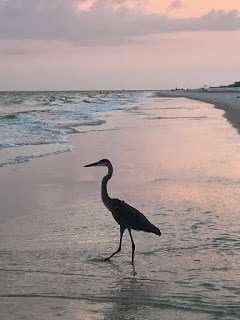 One morning, Heather and I were looking for shells and we kept finding sand dollars. They just kept washing up right in front of us.  How cool is that? They were all pretty small, but I think we got 6 or 7 sand dollars that morning. 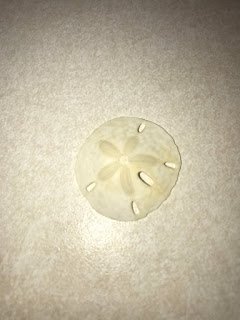 We saw a few really cool sandcastles. We made one too, but it was not as fancy as this one that we saw on one of our walks. 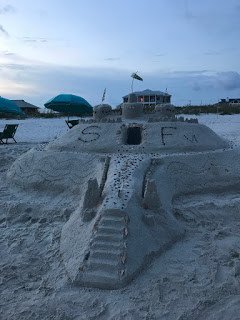 It was so nice to be able to spend some quality time with our family. We miss them so much! 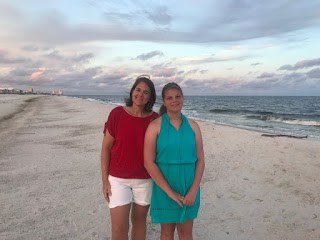