Skip to Content
One morning, we went on a dolphin boat tour. 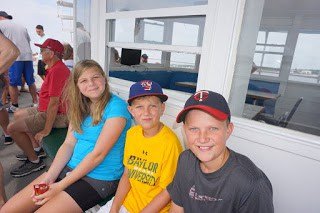 Since it wasn’t as long and as rough as the fishing trip, everybody got to go on this excursion! 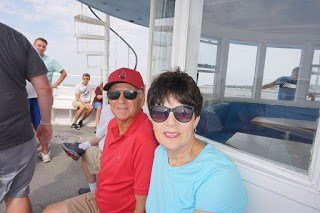 Daniel and Heather both took a lot of pictures while we were on the boat. 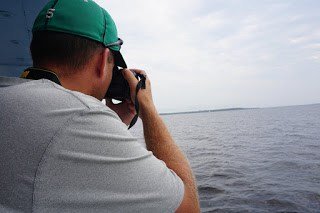 I don’t remember how long we were on the boat before we got to see some dolphins, but we eventually did find some dolphins. 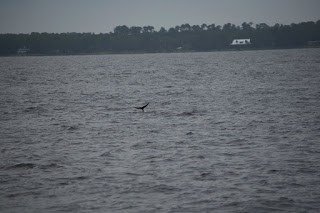 There was a baby with its mother, too! How cool. Daniel took this very cool picture. 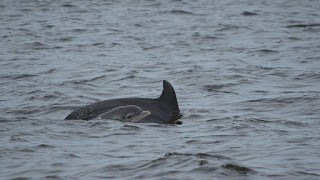 There were a few dolphins out there that we got to see, but it was mostly just very brief glimpses of them. I mean I wasn’t expecting them to jump out of the water or anything, but I was expecting to at least go find another dolphin pod. 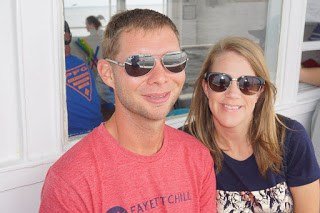 But we basically just turned around and started heading back to the marina. 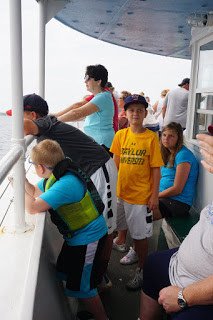 But then … we saw this big pirate ship cruising towards us. The captain announced that we were under attack and if we wanted to help fight back, we could come to one side of the boat and get water guns. Or else we should go inside the cabin if we wanted to be safe. 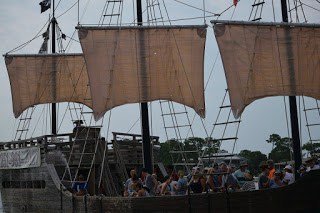 And the next thing you know, the pirate boat start spraying our boat with water guns and water canons and a high-powered water hose. Haha!  The boys went over to help fight, but I don’t think it was much of a fair fight. 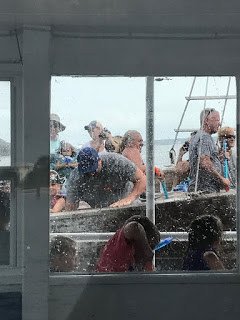 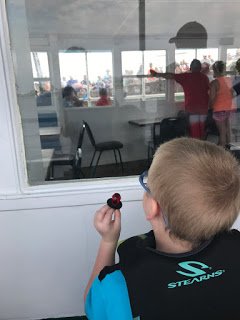 Even though we didn’t see a ton of dolphins, we had fun on the dolphin tour.

After the tour, we went to grab lunch at Tacky Jack’s, which was nearby. 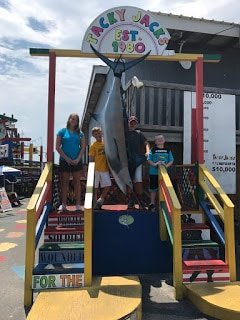 This cute kid here was disappointed that he didn’t see any dolphins on our tour, but he was sure excited about this elephant at the restaurant in the play area. 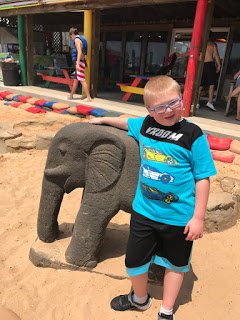