0 shares
One afternoon while we were at the beach, we went out on a chartered fishing trip. We caught several red snapper, a few mackerel, and some bonitas. 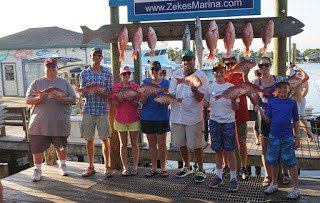 Heather found us a good crew on the C-Rose charter boat. We drove over to Orange Beach to the marina to get on the boat. 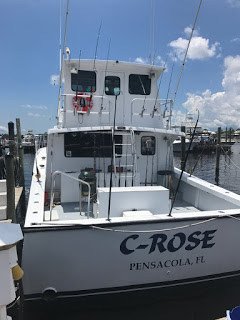 We got to the boat about a half hour early and the crew showed us to the air-conditioned cabin. We just enjoyed the ride out into the ocean. It took us about 45 minutes to get out to their fishing area. 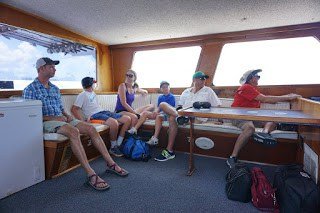 Once we got to the spot, we each picked a pole and started fishing. 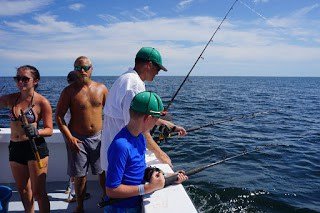 We mostly used cut up fish for bait. You get to bait your own hook, but sometimes the crew would help if they weren’t busy with something else. 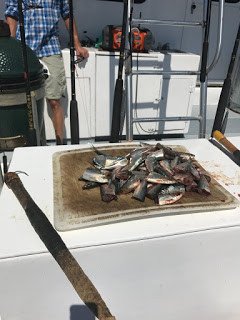 We started catching fish pretty much immediately.  When we got a fish on our hook, we would yell “FISH ON!” and they would come help us get the fish in the boat.
Carter caught a nice one! 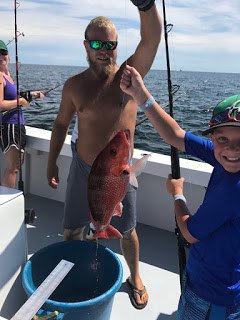 Cornelia caught a King Mackerel. I’m only putting this on here so that I can remember it, but the guy helped reel this one in because it was so big. When he got it into the boat, he beat it in the head with a bar. It was kind of crazy! I was not prepared for that. 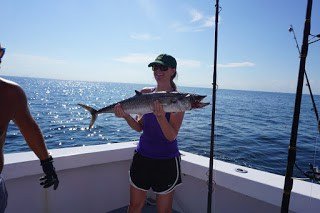 Tyler caught quite a few fish, too. Everyone caught at least one fish, some people caught several. 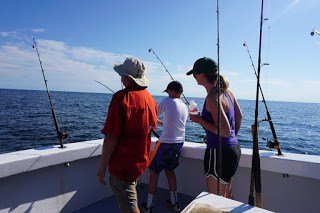 Whenever the catching would slow down, the captain would move us to a different spot. He was constantly moving the boat around to try to get us into the best possible spot to catch fish. 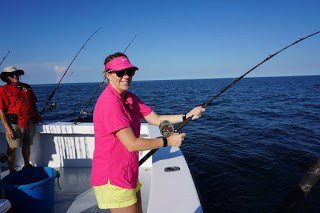 We didn’t know it at the time, but we went on the last day of red snapper season. If we had gone one day later, we would have only been able to catch smaller fish. 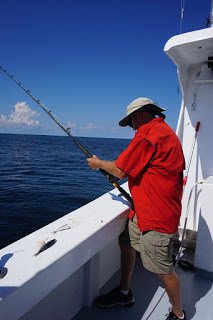 We thought we caught some pretty big fish, but when we got back to the marina we saw some of the other boats coming in with their catch, and one group of guys had some really big red snappers. 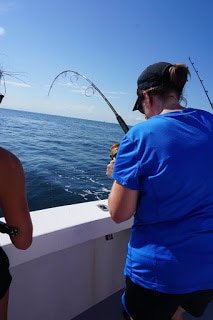 On the way back to the marina, we did some trolling fishing. The two reels that are bent over in the picture below are our trolling reels. They always look bent over like that until there’s a fish on. Then the rod will jerk up and down. That’s how you know you have a fish.  Everyone who wanted a turn got a chance to reel in a fish during the trolling. 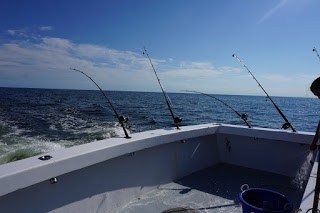 All the girls had fun fishing, too!  And didn’t we look stylish while doing it? Haha! Maybe next time we’ll all have fishing shirts like Heather’s? 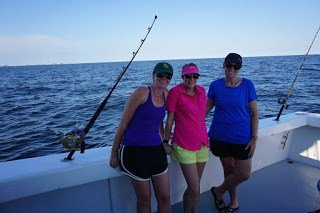 After we got back to the marina, we waited for the crew to clean our fish.

Tyler and Carter were very interested in watching this process take place. 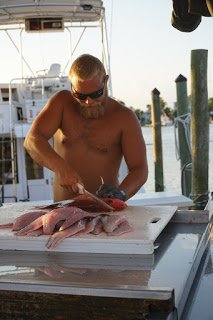 The next day, mom trimmed up the red snapper and dad fried it. 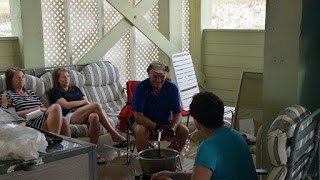 It was pretty yummy. Maybe not as good as the fried catfish at Grandmother and Granddaddy’s house, but it was still good. 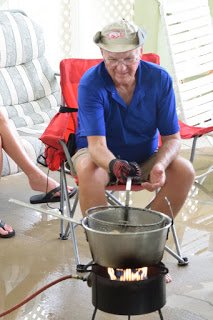 Overall, the fishing trip was really fun. I definitely want to go “deep sea” fishing again. I say deep sea in quotes because I’m not actually sure if it was considered deep sea, but I still really enjoyed it. I think we all did.  Oh, and nobody got sick on the boat. That was a big plus.

Thanks again to Daniel and Heather for some of the pictures from the beach!