One of the fun things we did at night on the beach is go out hunting for sand crabs. We had flashlights and would go try to snag them with little nets. Those things are fast! 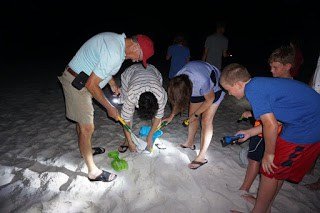 Carter was really good at chasing them down and putting a net over them then someone else would come help get them into the bucket. 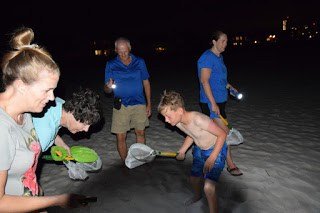 They are the same color as the sand so it’s hard to spot them unless they are on the move. 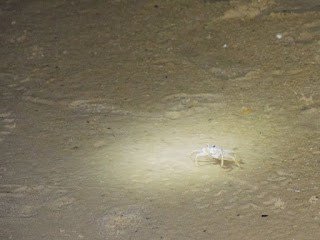 We caught a bunch the first couple nights and put them into a glass aquarium with some sand and some driftwood. 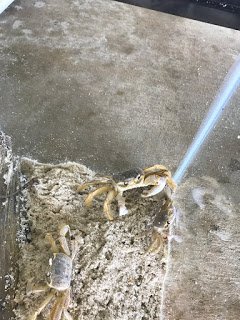 Since we had several crabs, we started only catching the big crabs. I think we found some pretty big ones, but I have nothing to really compare them to. I was impressed though! 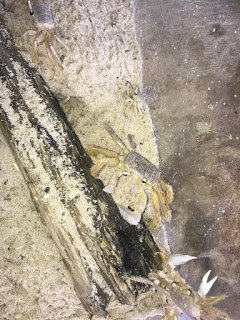 One morning, there were blue crabs in the water along the beach! The boys decided to attach the little crab nets to some long driftwood sticks and try to catch the blue crabs. 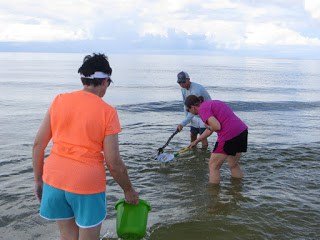 The blue crabs are pretty big some only one or two would fit in our little buckets at a time. We decided to let the sand crabs go so that we could keep the blue crabs in the aquarium. 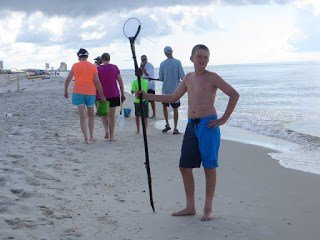 Someone had to pretty much take each blue crab individually to the aquarium because they were so too big for the bucket. 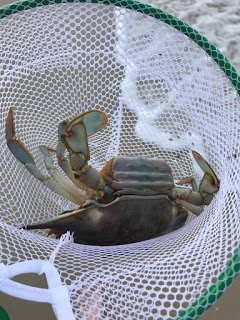 I don’t remember exactly how many blue crabs we caught, but I think it was 10-12. We talked about cooking them for dinner, but decided we didn’t have time for that. 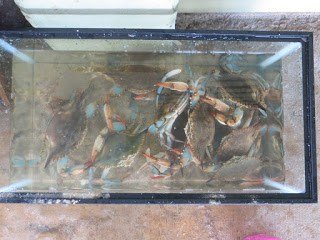 Crab catching was one of the things I really enjoyed about the beach. Who knew it could be so much fun?!
Thanks to Daniel and Heather for many of the pictures from the beach.
Click here to cancel reply.