0 shares
This is one of my favorite pictures from the beach. Daniel took this picture of Noah before we took family pictures one night. Isn’t he so handsome?? 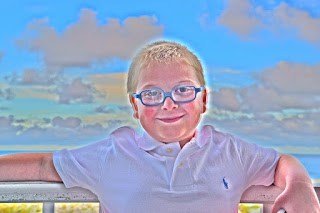 One night, a sea turtle laid her eggs on the beach behind our beach house. Really early the next morning, the turtle rescue folks were out digging up the turtle eggs. They moved them up further on the beach behind the sand dunes so that they would be safer.
Later that night, the turtle rescue people came back by to put up the signage on their relocated nest. We happened to be outside and I asked them a bunch of questions. They said there were 89 eggs in our nest and that they would hatch in about 45 days. I thought that was pretty cool. I would have loved to see a sea turtle. 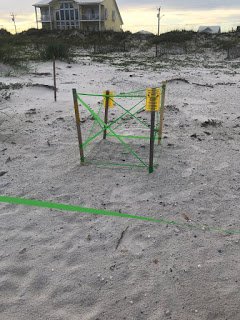 A day or two before the sea turtle hatched on our beach, Heather, Stephen and I went walking after supper and we saw a couple cars with a turtle rescue sign on them in front of one of the houses down the beach from us. We went over and peaked beyond the sand dunes and we could see a nest that was roped off and it had a trench coming out of it down toward the water with a plastic slide for the baby turtles to use to get back to the water. 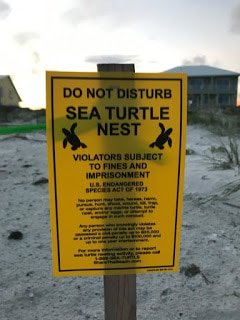 One night, we were walking along the beach looking for shells and there was a couple fishing from the beach. We walked past them then we were heading back to our house when we passed them again and they’d just caught a baby shark. 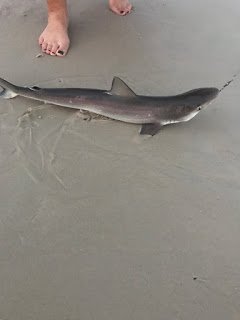 The woman said this was a tiny baby one, but they caught one the other day that was 4-5 feet long.  She also said they are really tasty. Hmmmm. 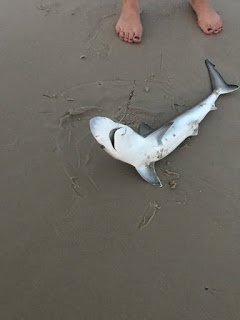 We celebrated Noah’s birthday at the beach. We went and got him a Dairy Queen Ice Cream cake. He was really excited. And the cake wasn’t half-bad either. 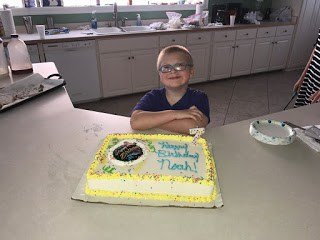 Speaking of food, we ate at our beach house pretty much the whole time we were there. We stopped by Walmart and Sams on the way into town and got a lot of the food for breakfasts and lunches. We had most of the dinners planned ahead of time. Each family picked a meal to cook on an assigned night. It worked really well to do it this way so that everyone got to relax on vacation and didn’t have to spend all their time in the kitchen.
We also had lots of ice cream, popsicles, fudge bars, cookies, and soft mints.
We had plenty of food, but we’d eaten most of it by the end of the week. We didn’t have too much leftover. 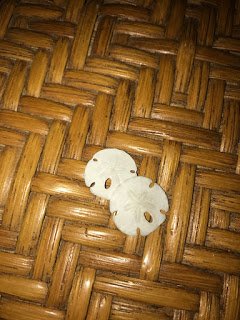 The beach was a wonderful time with family and I went home feeling relaxed. I definitely want to go back to the beach sometime.
Click here to cancel reply.