Skip to Content
The day after we got home from the beach, I had to jet off to Wisconsin for a work trip. I was supposed to fly up one day and fly home the next night, but the first flight of my return trip got delayed because of weather in Minneapolis. I ended up missing my connection and having to get a hotel in Minneapolis for the night. I know this kind of thing happens all the time, but when it happens to me it’s really not cool!
I finally did make it home, just a day late. I was SO glad to be home!
A few days later, we went to an Oklahoma Dodgers baseball game. The Oklahoma Dodgers are a Minor League Triple-A affiliate of the LA Dodgers. We got free ball caps with our tickets. Not everyone wanted to sport their new cap, but I did. 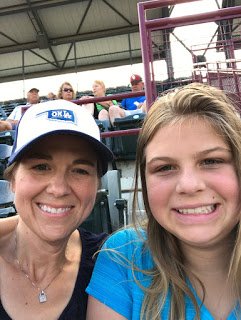 We bought tickets through our church and there was a whole section in the upper deck that was full of people in our group. There were a lot of sections down lower that were pretty much empty. 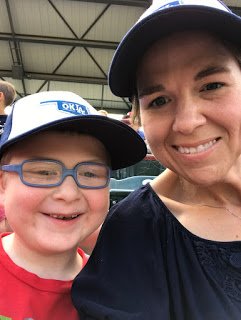 After the first inning, we went to get some hot dogs to eat. I didn’t actually see any peanuts and cracker jacks, but the kids were more interested in the Dippin Dots counter. 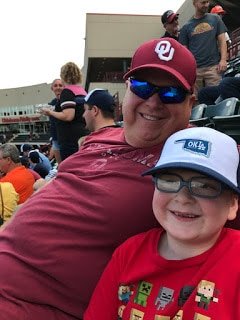 After we ate our hot dogs, we went and found a seat in one of the empty sections so that we could have more room to spread out. We were sitting right above the visiting team’s dugout. 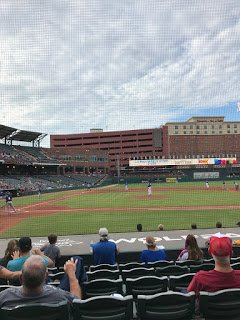 A few foul balls came close to us, but we didn’t actually get any of them. 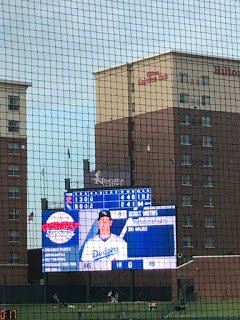 During one of the later innings, I took Noah to walk around a bit because he was getting restless. They had a few different kids areas. There was one where you could play giant Jenga and Connect Four. There was also a bounce house area and a playground. 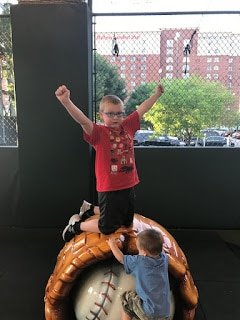 Next, I walked around with Emily for a while. We walked all the way around the concourse. The kids got their Dippin Dots, too. 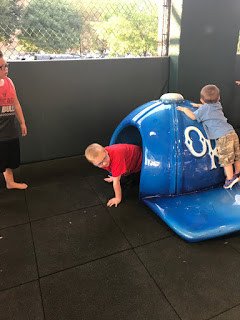 We stayed until the bitter end because Noah wanted to run the bases. He had fun with that, but it was very late when we got home!
I was beyond tired, but we had a good time.
Click here to cancel reply.