0 shares
Our third and final stop on our Fall Adventure in Central Oklahoma was the Toy and Action Figure Museum in Purcell.  Now, this was a fun stop!  They have so many toys. Everywhere you look, there are toys stacked upon toys upon toys. It’s amazing. 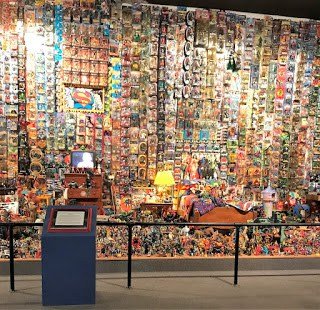 Noah didn’t know where to go or what to look at first. Most of the pictures I got of him were blurry because he was moving the entire time. They did have a section of toys that kids could play with though. Noah had a lot of fun in this area. 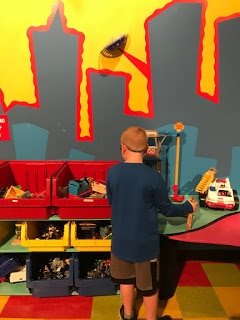 It had costumes and cars and blocks and a “Batphone”. It was all really cool. 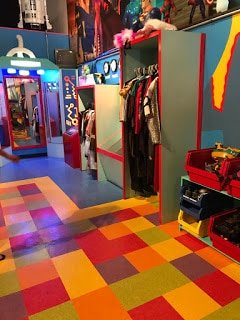 There were quite a few Lego toys, which was neat. They had the toys organized by themes. 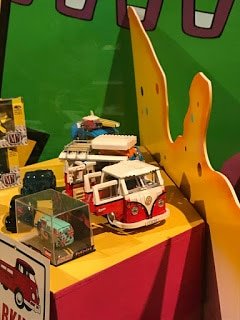 I think Emily and I both agreed that we would have liked to see more girl toys. They had a few girl toys in one section, but the didn’t have a lot of toys that I remembered from when I was a kid. 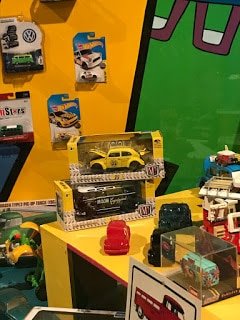 They had a lot of Star Wars items and a lot of super heroes. They also had a whole area with an army men setup. 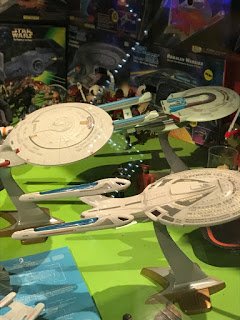 I thought this was well-worth the stop for it’s kid-appeal as well as nostalgia.
Now, on to the next adventure!
Here are the other posts about our Fall Adventure in Central Oklahoma:
Part 1 – Arbuckle Wilderness
Part 2 – Chickasaw Cultural Center
Part 3 – Toy and Action Figure Museum
Click here to cancel reply.