0 shares
Our second stop on our Fall Adventure in Central Oklahoma was the Chickasaw Cultural Center in Sulphur, Oklahoma. We’d never been here before, but they have a lot of Native American artifacts and art pieces. 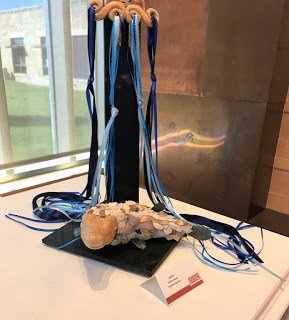 There were some exhibits that cost money to view and we did not go through any of those, but we went through the art exhibit and a few others. I thought the authentic Native American headdress was very neat to see. At certain times of the day, they have Native American dancing but we were there too late to witness it. 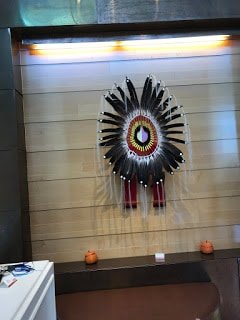 In one area, they had a Lego Native American village set up. Noah though this area was really cool. It was a DO NOT TOUCH area though. 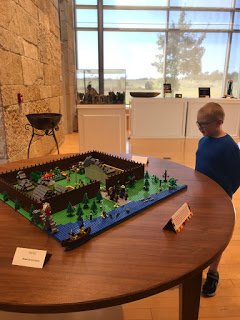 I tried to get a closer look at it. It was very detailed and cool. I think Noah was trying to get some ideas on how we could recreate this setup at home. 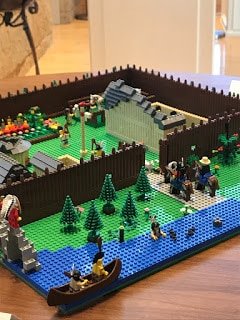 They also had a nice pond with a water fountain in it. It had a couple docks in it and we went out to feed the fish. There were some huge catfish that came up to eat! I didn’t get any pictures of the fish because I have this weird phobia that I will drop my phone into the water and it’ll be gone for good. I wouldn’t even get my phone out of my purse while we were out on the dock. That part was fun though.
Here are the other posts about our Fall Adventure in Central Oklahoma:
Part 1 – Arbuckle Wilderness
Part 2 – Chickasaw Cultural Center
Part 3 – Toy and Action Figure Museum
Click here to cancel reply.