Skip to Content
We were so lucky to get to extend our President’s Day Weekend Adventure with Grandmother and Granddaddy for another day. We headed out this morning to drive to Guthrie, Oklahoma. First, we went looking for a car shop that Granddaddy wanted to check out, but we never found it. We ended up on a muddy dirt road and it just kept going and going. We ended up turning around and finding something to eat instead.
We headed to The Stables Cafe in downtown Guthrie. It’s a cute little restaurant in a converted horse stable. 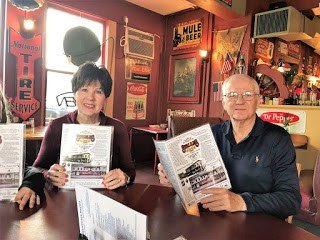 I always like to check out the decor in these historic places. I noticed an old-fashioned leather football helmet at one of the other tables that was really neat. I would have taken a picture of it but there were people sitting at that table and that might have been a little awkward. 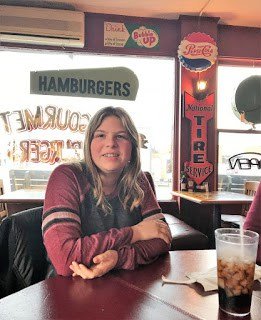 The old signs are always very interesting. And this young lady is pretty neat, too. 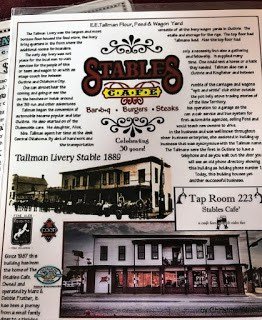 The menu had a written history and old photos of the building. I thought that was pretty cool. The building has a really neat history. 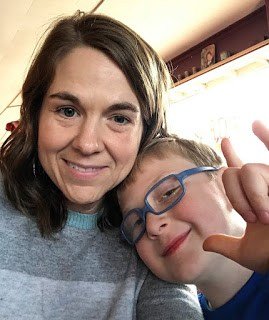 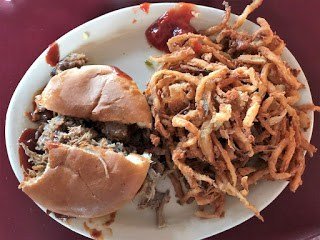 Their food was delicious. I had the BBQ beef sandwich and onion rings. I let Noah try an onion ring and he ended up eating probably half the pile. I didn’t know he was such a fan of onion rings. Noah also had a strawberry soda. I thought that was the perfect drink for our adventure. 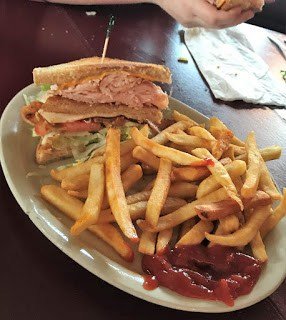 Emily had a triple-decker turkey sandwich and fries. She had to take half of it home for later because it was so big. She thought it was good though. 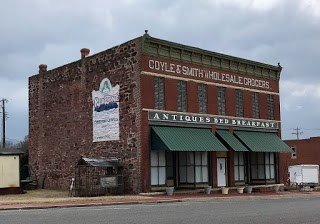 When we walked out of the cafe, it was at least 10 degrees colder than it was when we’d walked in, so we went to the car and got our jackets before heading out on the next part of our adventure. 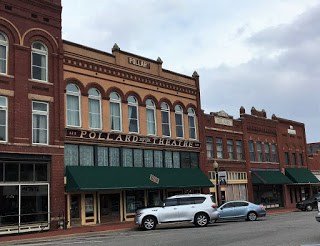 We decided to walk over to check out some of the museums and historic buildings in downtown Guthrie. It’s so neat to see all the old buildings and signage around the area. We went by the Oklahoma Frontier Drugstore Museum, but it was not open. 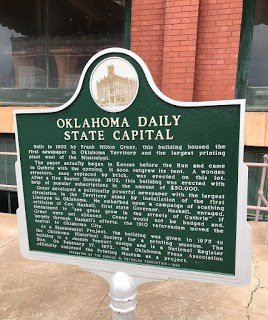 We walked over to the State Capital Publishing Museum, but it was not open either. 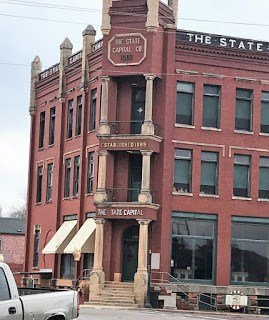 I’m not sure if it’s ever open right now. It didn’t really look like it. I found a news article that said a group was trying to save the building because it’s crumbling and needs to be restored. 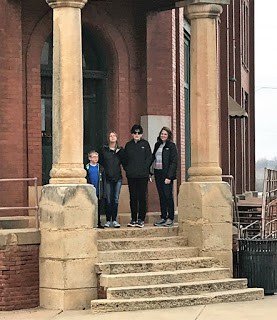 The building was still really neat to see though. It amazes me how they made such fancy and intricate buildings way back when. They sure don’t make them like that anymore.

A Treat at the Chocolate Shop 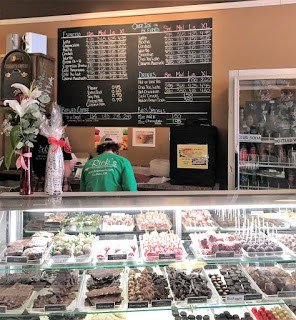 One of the historic buildings housed a coffee and chocolate shop so of course, we had to stop in there. It was called Rick’s Fine Chocolates and Coffees. All their chocolates are handmade and they all looked wonderful. 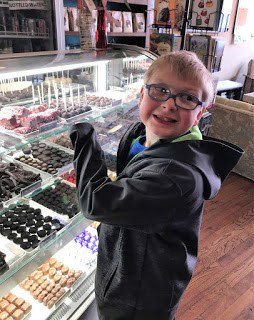 We all got to pick our favorites.  Noah picked the Rice Krispie treats covered in sprinkles. Can’t say I blame him with that choice! 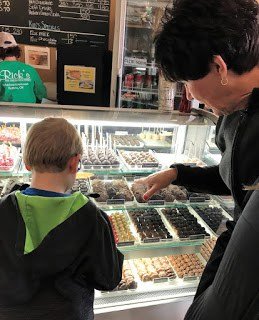 I was impressed with their selection of treats. I think I saw a bag in my kitchen that still had some chocolate left in it so hopefully, someone will hide that one for (from!) me tonight! 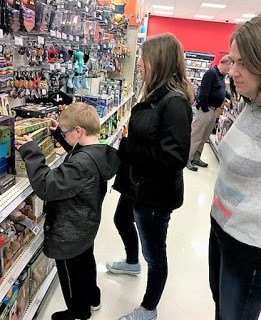 And then we headed to Target – Noah’s choice. He and Emily had some money from Valentine’s Day that they wanted to spend. The got to spend their money any way they wanted. Emily got some colored pens. And I can’t remember what Noah got so that’ll have to be a blog post for another day. 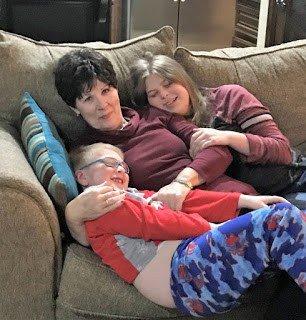 When we got home, we had a couple of projects to work on. My parents are wonderful at helping me with my projects around the house. I wish I’d taken some work pictures so that I could show you what we did. Maybe I’ll take some pictures of the finished product and show you?

I had to snap the picture above when the kids were snuggling with Grandmother on the couch. Grandmother and Granddaddy will drive home tomorrow and we’re going to miss them so much … until next time!