Emily has started playing the clarinet in band class this year. At first, she wanted to play another brass instrument but she got put in the woodwind class and they didn’t have room for her to change. I think she’s starting to enjoy the clarinet and she’s doing really well with it though.

Back in December, her 7th grade band had their Winter Band Concert at the school. I was so excited to see that Emily was on the front row.

She and the band played Christmas music. I was afraid the concert was going to be a “squeak-fest” but it actually wasn’t. And I could actually recognize some of the songs they played. 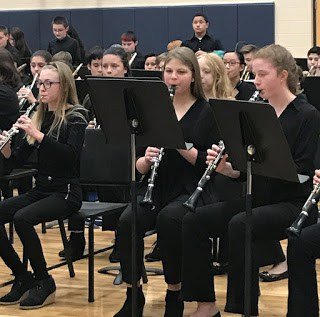 The day of the concert was the first time the woodwind class and the brass class had practiced together for the performance. That’s pretty impressive, don’t you think? 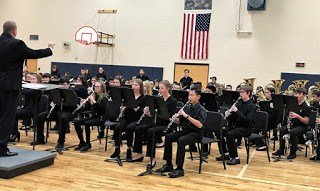 Here are a couple of clips of the concert for your listening enjoying.

I know you’ll be impressed, as I was.
As you can tell from this last picture, Emily was very pleased with the performance as well. For the final song, the conductor invited the parents to come as close as we wanted.  We were sitting on the front row because I had my boot and knee scooter so I was planning to just stay where I was, but Emily seemed to want me to come up closer so, of course, I did. 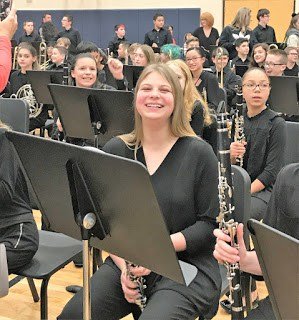 We had a lot of fun at the Winter Band Concert and can’t wait for the next one in the spring.

Were you in the band? If so, what instrument did you play?
Click here to cancel reply.