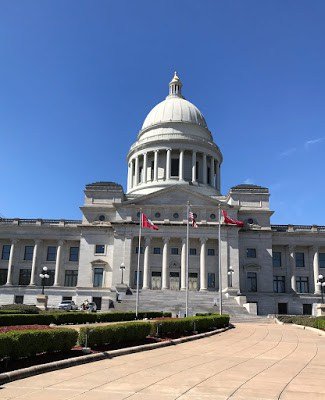 Even though I lived in Arkansas for many years, this was my first trip to the capitol. From the outside, it is a very grand building and the grounds are beautifully kept. 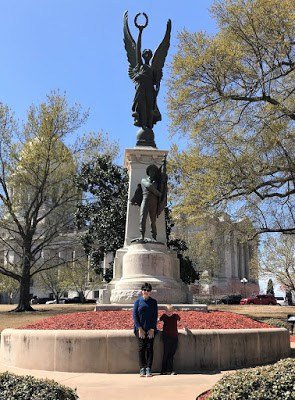 Our first stop was this statue out on the corner of the property where I got a picture of Grandmother and Noah. We had to go down to the tunnel entrance because the bronze doors are no longer used for security reasons. The security guard told us that we could go anywhere we’d liked. The general session had just ended three days ago so the House and Senate were not in session. 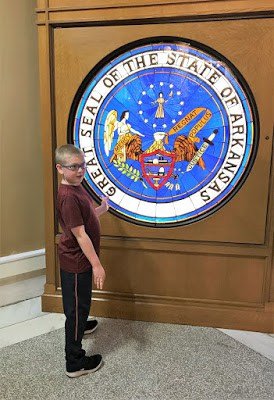 We went inside and found a stained glass of the Great Seal of the State of Arkansas. Noah was pretty impressed, I think. 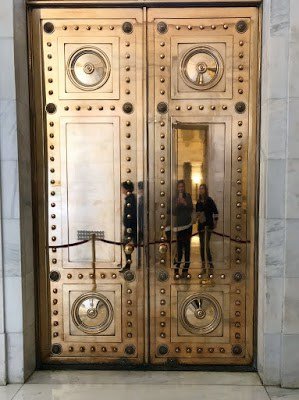 We got to see the six bronze doors of the state capitol from the inside. When we were walking up, there was a man outside polishing them. I read online that the raw bronze is polished by hand once a week. They looked beautiful. 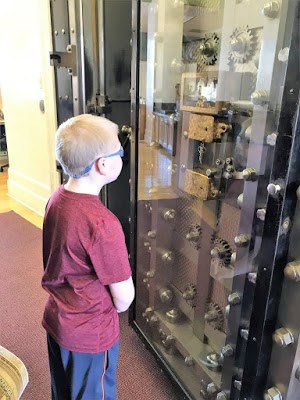 We stopped by the State Treasurer’s office and they gave us a tour of their office. They showed us the doors to the vault and talked about all the security involved with the two sets of doors. Noah was interested in how all the gears worked in the security door. 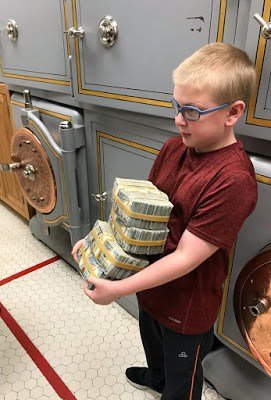 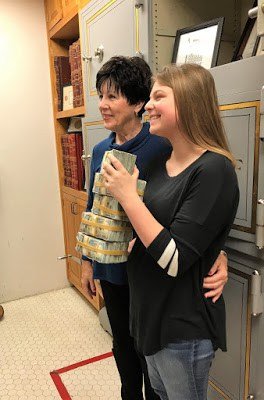 You can tell by the smile on her face that Emily sure did like holding a half a million dollars. The Treasurer’s Office was taking pictures of their visitors to post to the website. Our pictures are here and here. 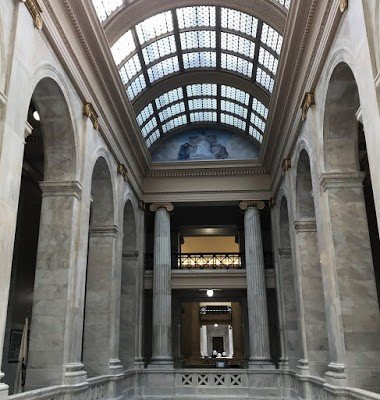 The architecture and design details in the capitol building were no less than amazing. There were several large murals about the marble staircases. 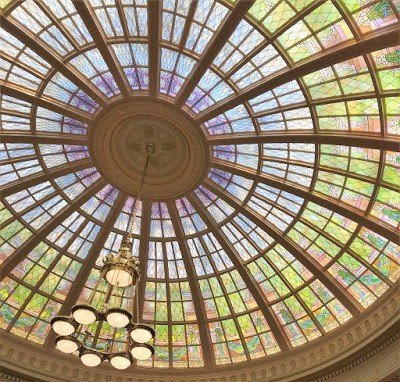 I loved this stained glass ceiling. I mean, where else can you see something like this? Isn’t it amazing? 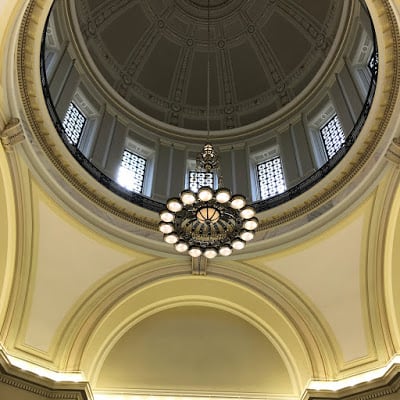 A lot of their light fixtures were very elegant and impressive. 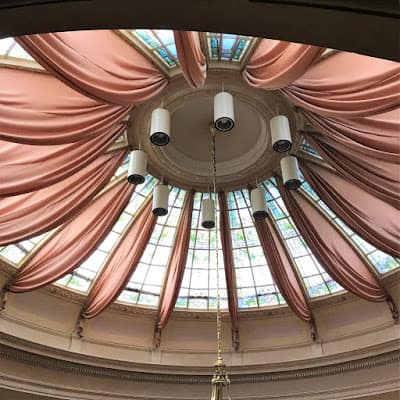 I love love love the draperies on this domed stained glass ceiling. 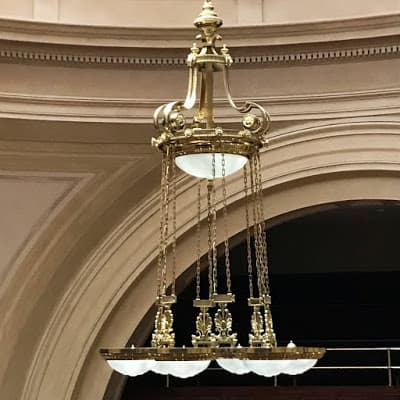 I can’t remember if this was in the House or the Senate but we were in the upstairs viewing gallery and this chandelier was right in front of us at nearly eye level. How cool!
We were only allowed to go up to the fourth floor. I wish they would have let us go up to the top! 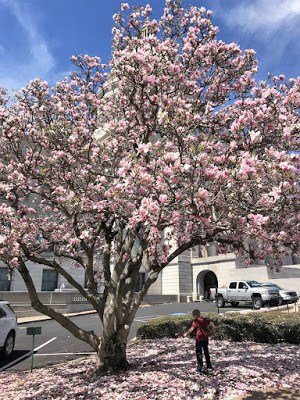 The capitol grounds were just as impressive as the building itself. They had some beautiful Japanese Magnolia trees that were in full bloom. There seemed to be as many blossoms on the ground as there were on the trees. 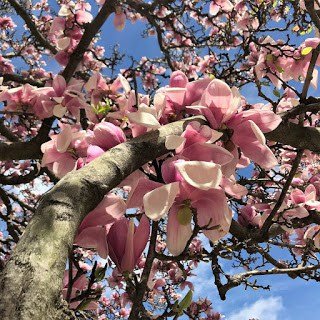 The blooms were huge and beautiful! I wanted to pull one off the tree and take it with me, but the groundskeepers were nearby and I didn’t really want to get in trouble. I thought about it though!

Would you visit here again?

Yes! Definitely. It was worth it just to see the architecture and design details of the building. There is so much state history in that building – the marble and limestone were sourced in Arkansas. It would have been neat to go when the general assembly was in session to see the capitol building bustling with activity. It was nice to go during a quieter time though. There were very few people around when we were there.

Favorite thing about the trip?

Noah: Holding half a million dollars!
Emily: The Japanese Magnolia trees, my new favorite flower.
Jennifer: The bronze doors. Would have been even better if they’d let me touch them!

The State Treasurer’s Office where you can hold a half a million dollars. Or outside if the trees are blooming. I’d like to see what other things are blooming at different times of the year out there, too.

The Arkansas State Capitol offers guided tours on certain days and times. If you choose the self-guided tour, be sure to pick up a guidebook at the information desk that will tell you what is on each floor. Be sure to stop by the State Treasurer’s Office to get a tour of the vault.