Skip to Content
We spent some time fishing at the pond while we were on the farm. This is one of my favorite activities. I could spend all day fishing from sun up to sundown. 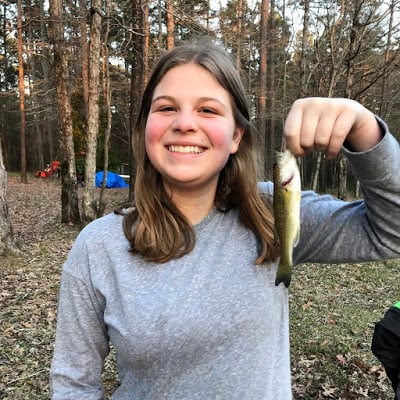 One evening while Grandmother and Granddaddy went for a walk, Emily and Noah and I went out to the pond and caught the smallest bass. I wish I’d taken a picture of the bait we used to catch it because it was almost as big as the fish! 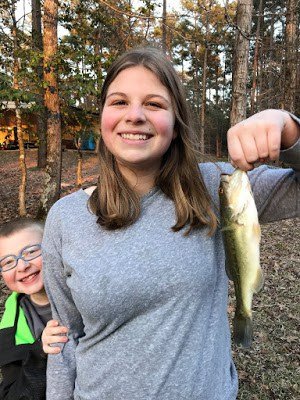 Emily has gotten to where she can put her thumb in the bass’s mouth to hold them up. This is a big step for her! Noah wanted to get in her picture sooooo bad! #photobomb 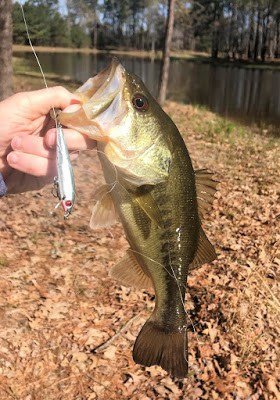 One morning, I drove the Ranger over to the other side of the pond away from the house and ended up catching a nice bass. 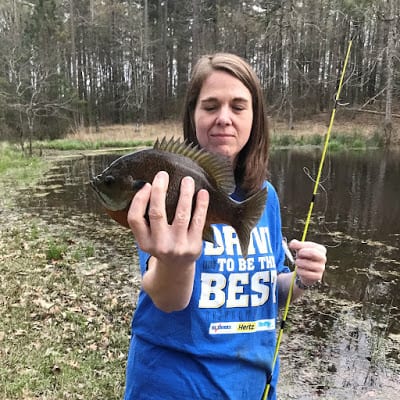 One evening, Granddaddy and I were fishing and I caught this big bream. He was just so big and perfect, not a scratch on him. I don’t know why I had my eyes closed. 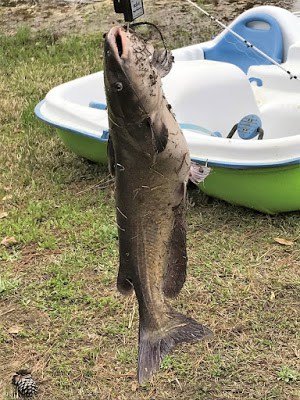 On Saturday, we went down by the old dock and tried to catch some catfish. We were using hotdogs for bait. My first cast, I caught a 6-pounder. Look at the belly on that fish!
Granddaddy said that the first pole in the water gets the first fish and after that, it’s a lot harder to catch them. He was right! We had to sit and wait a long time for the second one. 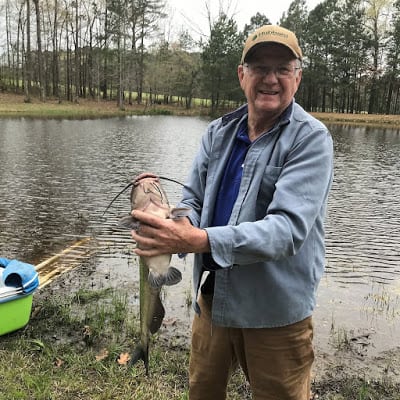 Granddaddy caught a nice one,  too. 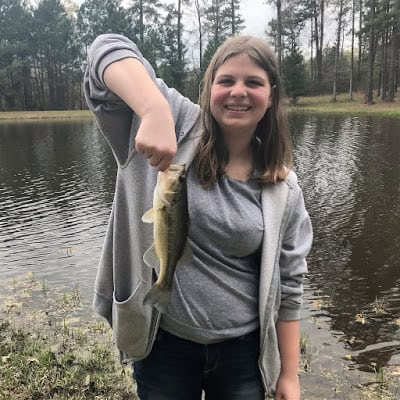 After lunch, Granddaddy went to a car show and Emily and I spent the afternoon fishing. We were fishing for catfish but we caught a bass and a couple bream, too. 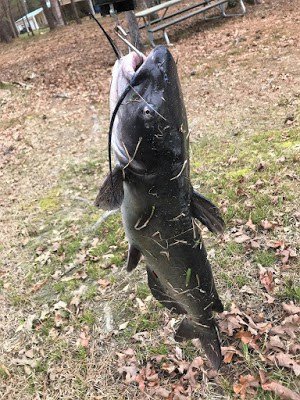 The biggest catfish of the day was this guy. We ran out of hotdogs and had switched over to cheese cubes. I saw him flop in the water and I cast out near him and he took the bait. Isn’t that cheesy? He put up a fight but I managed to bring him to shore. 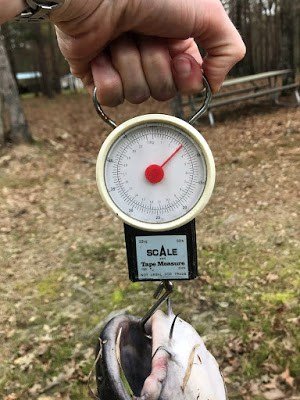 I don’t like to take catfish off the hook because they can fin you, but I developed a method where I dragged them onto the bank while still on the hook then used my boot and a pair of pliers to get the hook out of his mouth. Then I would slip the hook of the fish scale under his gills and pick him and weigh him Next,  I would take the scale over to the edge of the pond and lay him in the water then ease him off the scale. Most of them started swimming away immediately, but if they didn’t I would help them along with my boot.
The biggest fish weighed about 6 1/2 pounds. A couple of the other ones were 6 pounds. We really didn’t catch any catfish that were small. It was a fun fishing day.
After supper, we went back out to do a little more fishing using some little smokies sausages as bait. My goal was to catch four more fish, but we ended up catching none. I even switched back to the cheese cubes when the sausages were not working, but the fish weren’t having it. They were probably full from all the hotdog slices and fish food that we’d used earlier in the day.
I was still happy with our fishing day though. We ended up catching 7 catfish, 1 bass, 1 bream, and 1 snapping turtle that day.  Wow! What a day!

Who wants to go fishing with us next?