Today was Day 4 of the Oklahoma Teacher Walkout. Noah said tonight that he wished we could live like this every day. I know he misses going to school but apparently, he’s enjoying the slower pace of life, too.

Our day started with a bunch of work calls for me. I told the kids that we were going to go do something as soon as I got off the phone so make sure they get their work done and put their clothes on.

Our first stop was at Sonic where they were having 1/2 price shakes and slushes all day. It was not even lunch time yet but it didn’t matter to us! Emily got a strawberry cream slush and Noah got a chocolate shake. I just got a Diet Coke.

After our stop at Sonic, we headed over to a local park. It was pretty windy and cool this morning so we practically had the whole park to ourselves. We ran around and played on ALL the playground equipment. 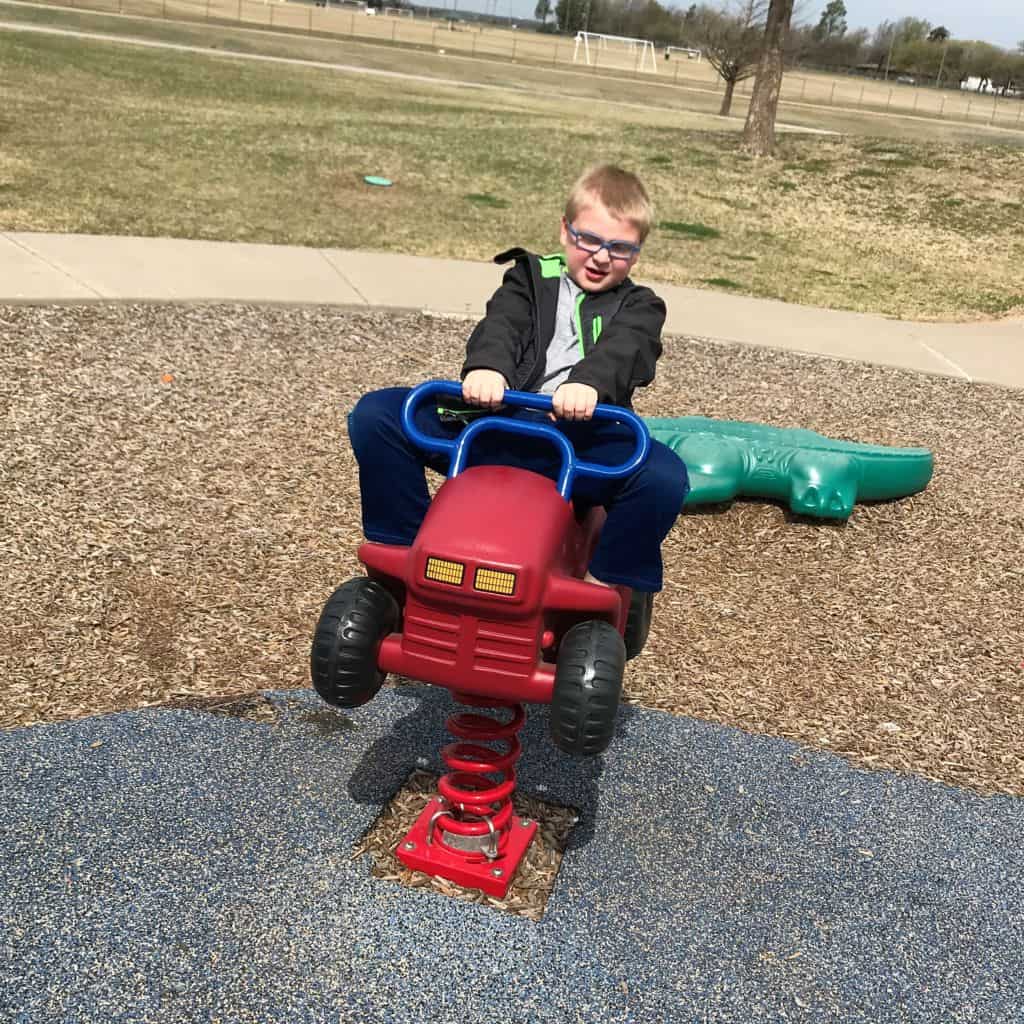 I didn’t get a good picture of it but this playground has a pirate ship that kids can play on. That’s pretty cool! Noah liked playing on this little bucking car. I don’t know what else to call it. 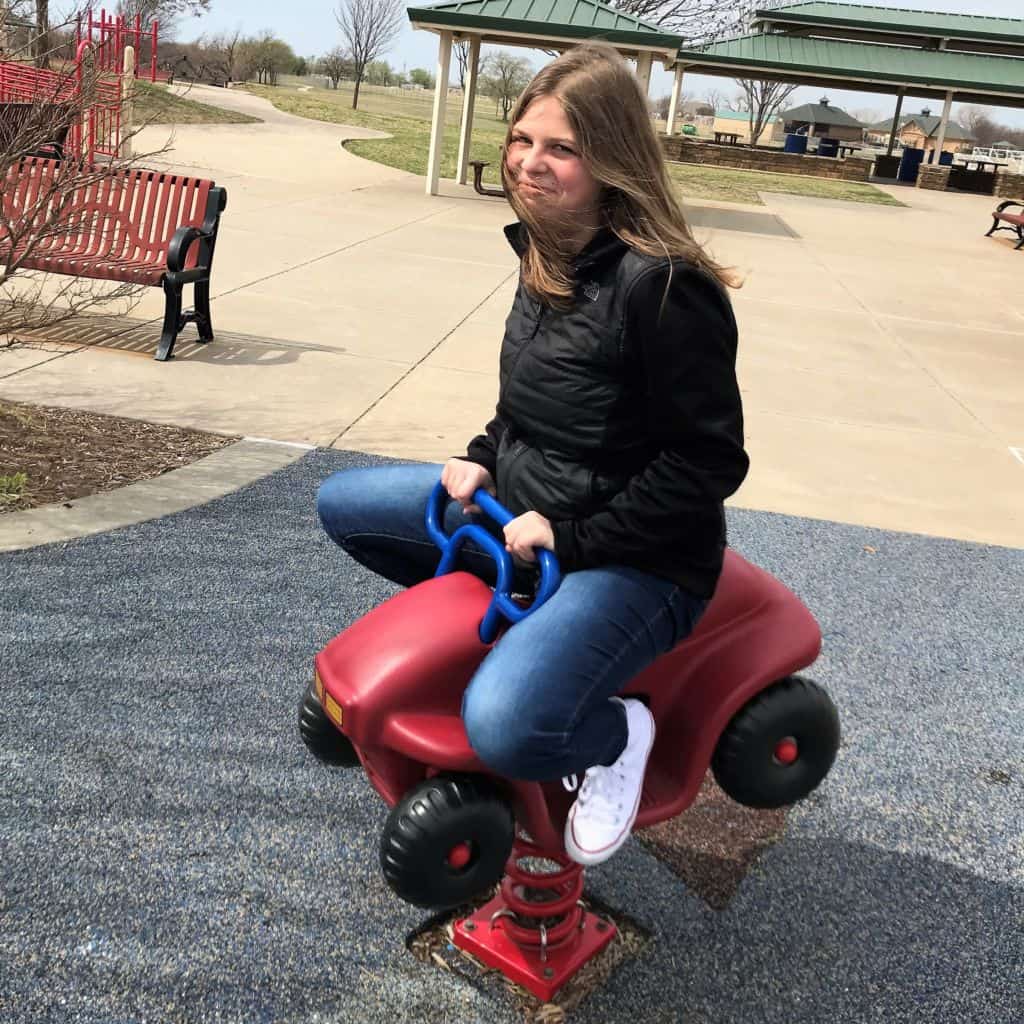 It’s really sad but Emily may be getting too big for some things at the park. Why can’t they stay small forever? 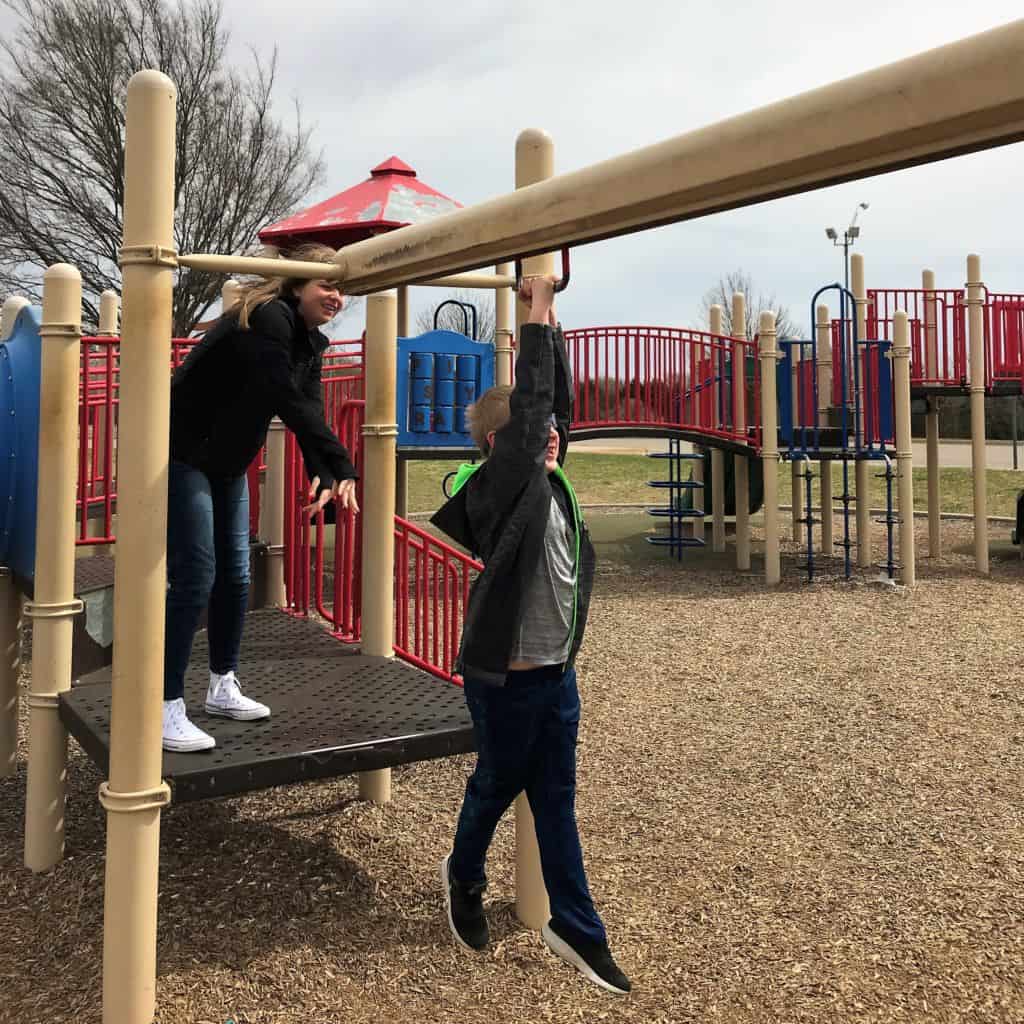 Noah had a good time on the zip line. He was really good at it! 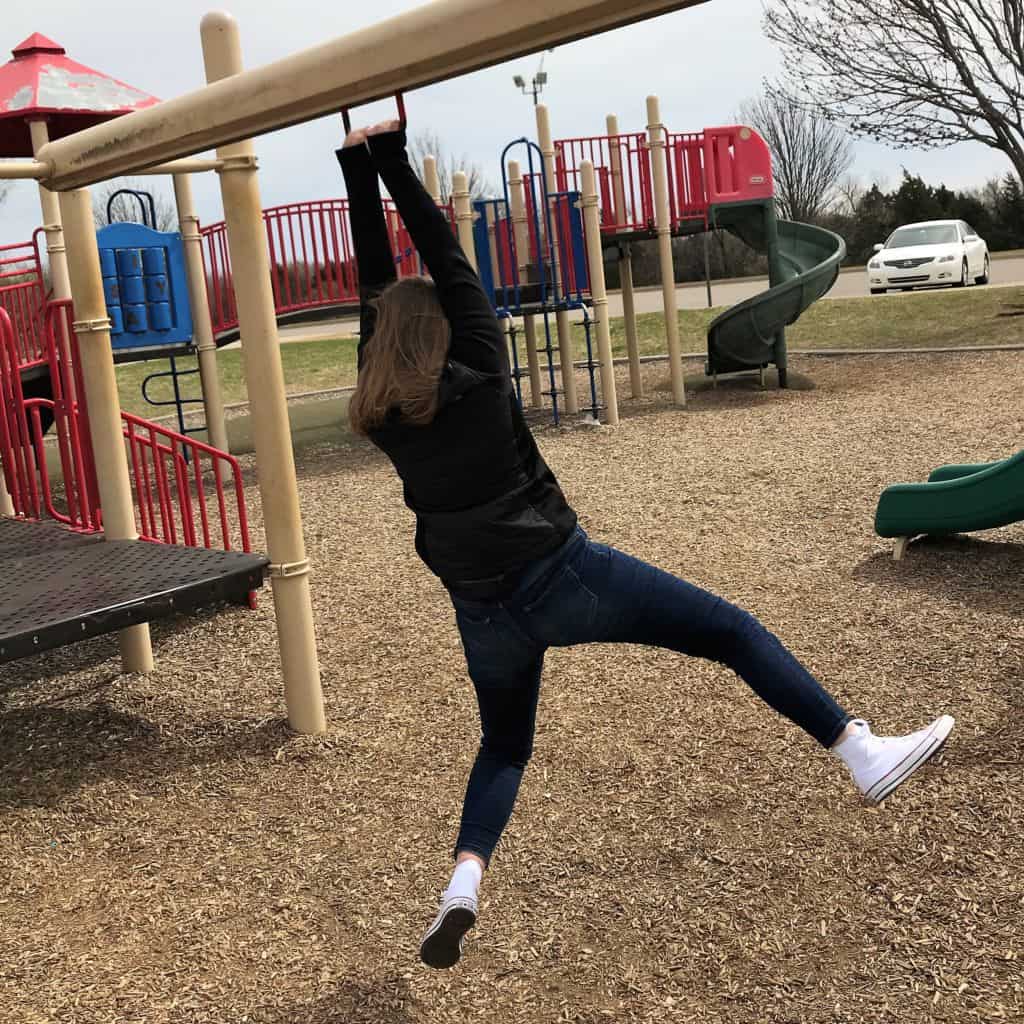 Emily did the zip line too but she was a little wild! Haha.

And can we talk about those white shoes? Emily got those Converse high tops for Easter last weekend and she’s very serious about keeping them white. I’m surprised I didn’t have to put my jacket down on the ground for her to walk on so that she wouldn’t get any dirt on them. 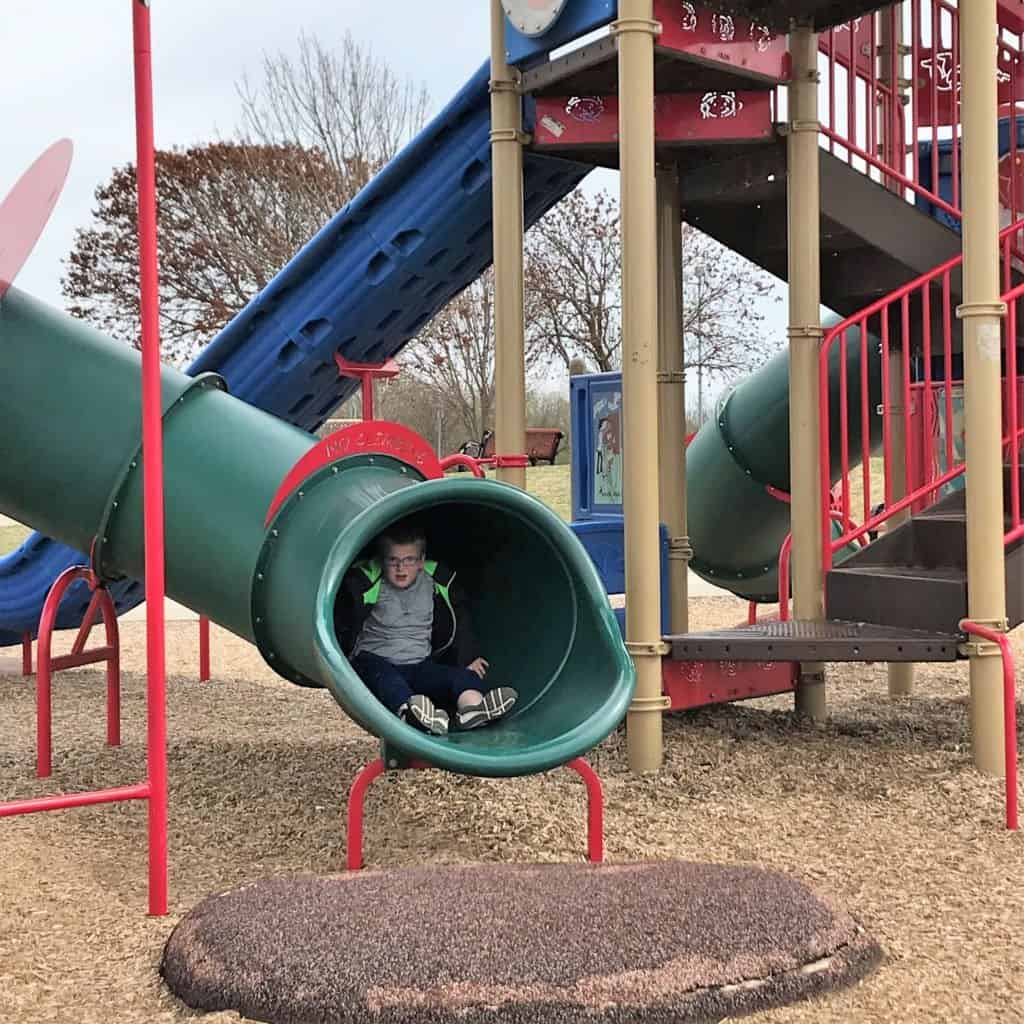 We ran up and slid down a bunch of times since we were the only ones out there. Emily was making fun of me for screaming on the slide but the electricity in there was … electric … and it kept making popping noises while I was sliding down. It was fun though.

Emily and I were out of breath after sliding a few times. I guess we are out of shape! Might have to keep going back to the playground to run up and slide down over and over. That sounds like a workout I could get into.

After the park, we stopped by the library so that Noah could exchange his books. He’d already read the ones we got earlier this week. He picked out one chapter book so maybe these will take him a little longer.

Between the Sonic drinks, the playground, and the library, Noah said this was the best day ever!

The kids are going to be out of school again tomorrow. Next week is unknown at this point. The crazy thing is that state testing is next week for 3rd, 4th, and 5th graders. The school district sent out a letter tonight that said state testing would still go on as planned even if the teachers are not back on the job.

For some grades, these state tests can mean the difference between promoting to the next grade or being held back. And with the teacher strike, those children have not had the benefit of any type of review this week. That really puts these kids at a disadvantage. That’s pretty sad.

I hope the legislature can get their stuff together so that we can get the teachers what they need to move forward.