I know I haven’t mentioned it in a few days but today is Day 7 of the Oklahoma Teacher Walkout. The kids have not been to school at all in the month of April. It’s already been announced that schools are out again tomorrow.

It doesn’t seem like there’s much progress being made up at the state capitol either. The teachers have made their demands but today the governor repealed one of the bills the teachers wanted. The other item has not been addressed. So, when I say there’s no end in sight, there’s literally no end in sight.

One thing though, on Day 1 of the teacher walking, there was a teacher on TV saying that he was going to go on a hunger strike until the day that he could go back to his classroom. Has anybody checked up on this guy lately? Either his resolve has been broken or he’s going on 10 days without any food!

Today, we got a nice change of pace. We got to have some baby time with cousin Nathan. Noah read Nathan a bunch of books so we’ll have to make another trip to the library sometime this week. Noah also showed Nathan how to play the drums. That was fun! We love it when we get to have baby time.

We went out to the backyard and had a picnic for lunch. It was a beautiful, sunny day. The cold snap last weekend really did a number on some of my flowers. I’m hoping they’ll perk back up in a few days. Noah was begging and begging to have a water balloon fight. I told him maybe we could after nap and then he was begging me to let him take a nap!

Later this afternoon, we did go back outside so that the kids could have their water balloon fight. I’m not sure who won, but both of them were soaking wet. I think they had a great time. 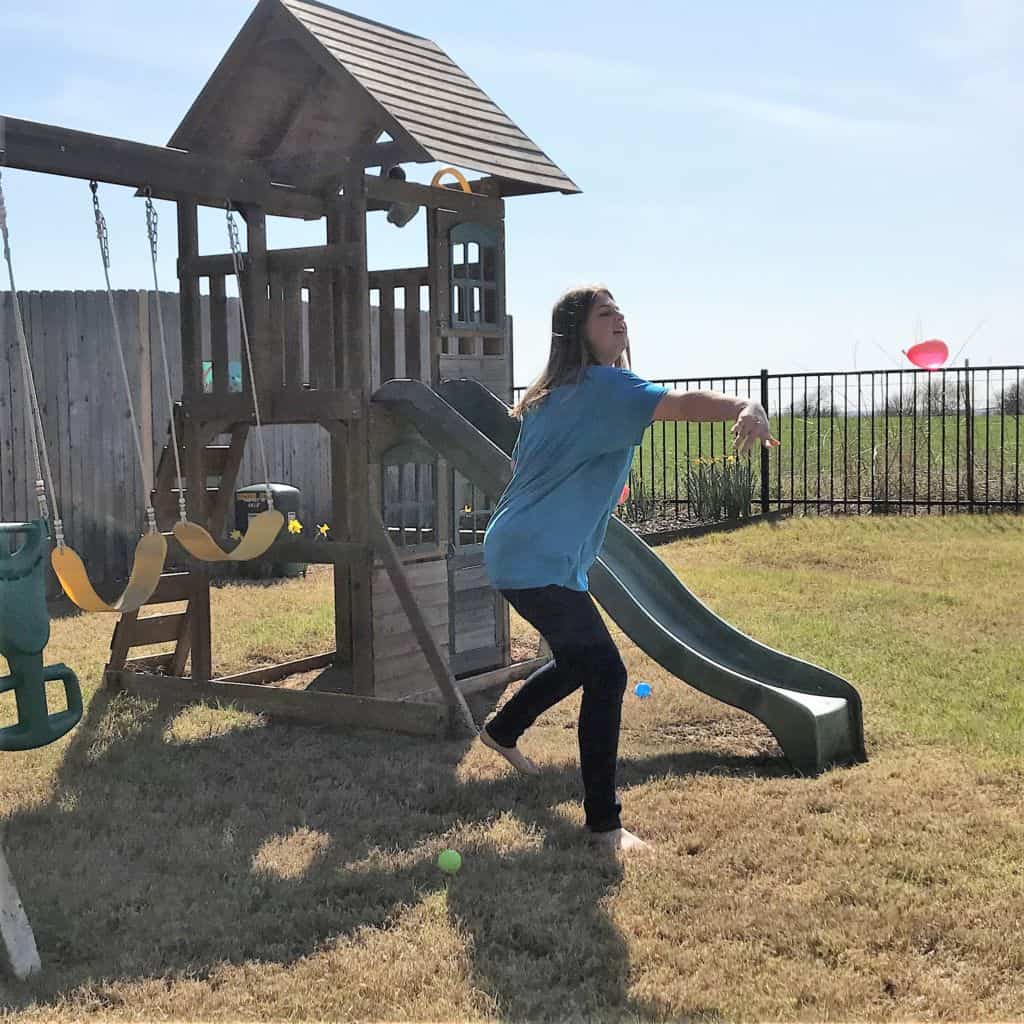 I put together this little video for your viewing enjoyment.

We also recorded our first recipe video! I’m working on editing the video and putting together a blog post for it, but look for that post later this week. In case you’re wondering, it’s the recipe for Green Pea Salad!

Have you ever even heard of Green Pea Salad?

Well that’s... interesting... what are all the parents in your area doing? Have camps, etc stepped up to the plate and offered child care?

Yes, several wonderful organizations have stepped up to help working families. Some of the local rec centers and Boys and Girls Clubs are offering childcare. Also, the zoo, some museums, and some local churches are having camps at least part of the day.