This week was all about adjusting to our new school schedule. Emily and I have to get up at 5:15 am and be ready for the bus at 6:10 am. I’m just going to tell you right now that it’s way too early to be getting up. I used to get up this early all the time, to go walking, but it’s been a while.

Noah gets up at 7:00 am and we eat breakfast together. I eat fluffy eggs (mostly egg whites) and sausage a few times a week and Noah always wants to share my eggs with me. Who knew that he’d like fluffy eggs so much?

Another thing about Noah is that he’s a milk fanatic. He’d rather drink milk than pretty much anything else. I’ll bet it won’t be long before I have to buy more than one gallon of milk per week. At what age does a boy start eating you out of house and home? 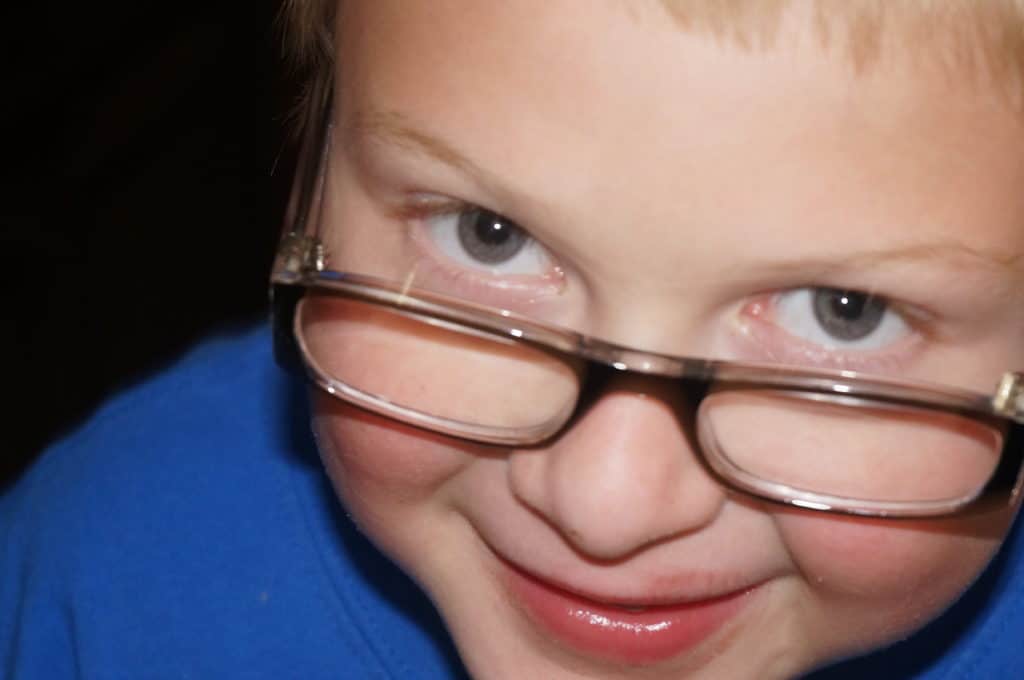 Noah went to the eye doctor the other week and they sent off his blue glasses to get some new lenses put in them. In the meantime, he’s wearing some glasses that I bought online from Zenni Optical several months ago. Unfortunately, they don’t stay up on his nose very well and he can’t be bothered to push them up regularly. He’s sure cute with them on though!

We’ll pick up his blue glasses sometime this week.

On Saturday afternoon, we went to Mason’s theater showcase performance. The variety show featured kids from toddler age all the way to high school. It was a lot of fun to watch.

Noah looks extremely serious when we’re at the theater. I often wonder what he’s thinking while we’re watching the show. The local theater is having summer camp for kids who’d like to learn more about theater performance. I asked Noah if he wanted to go, but he said he didn’t. I was surprised. 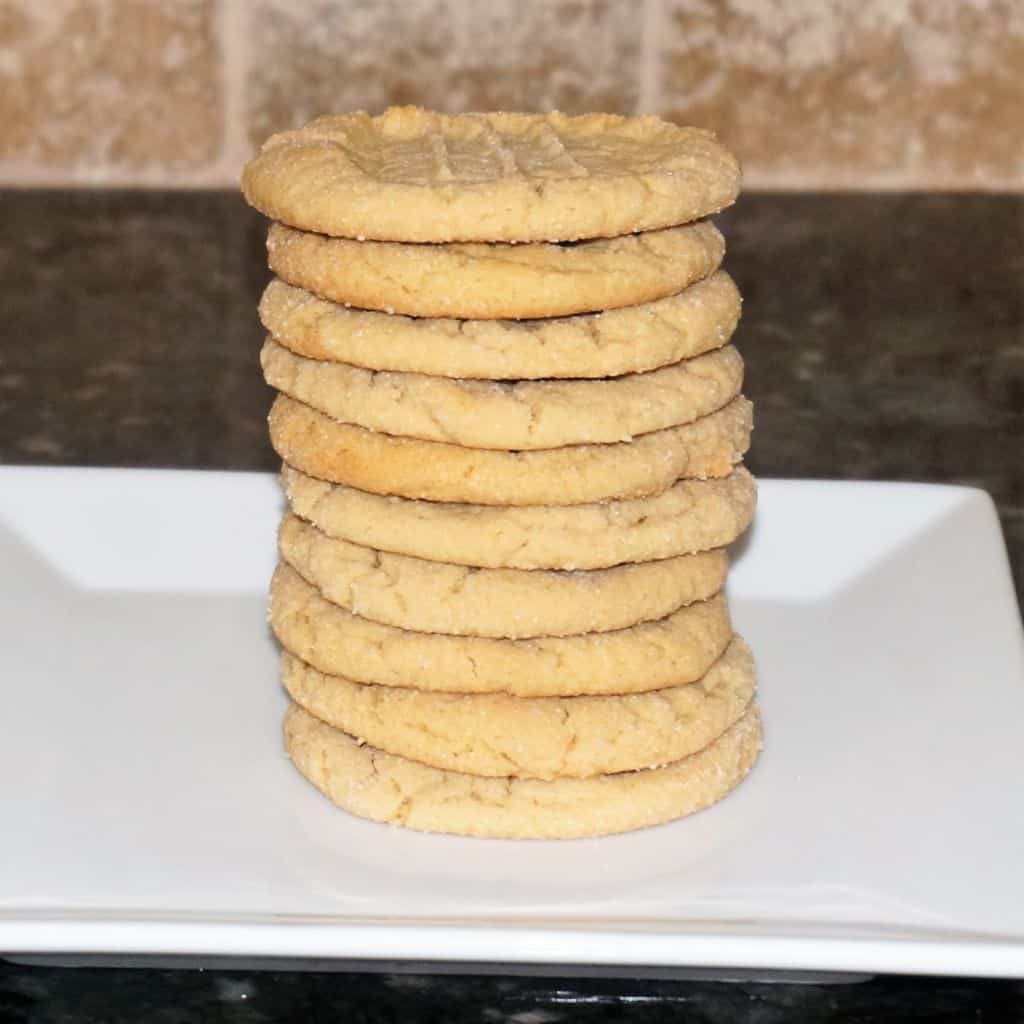 Emily went to a sleepover for a friend’s birthday on Friday night. She had a good time. She really loves spending time with her friends. When I went to pick her up on Saturday, it had already rained almost an inch overnight and was still coming down.

Since it was raining, we had to bake cookies. I posted the recipe for The Best Peanut Butter Cookies on the blog and we also made a Facebook Live video while we were making the cookies. 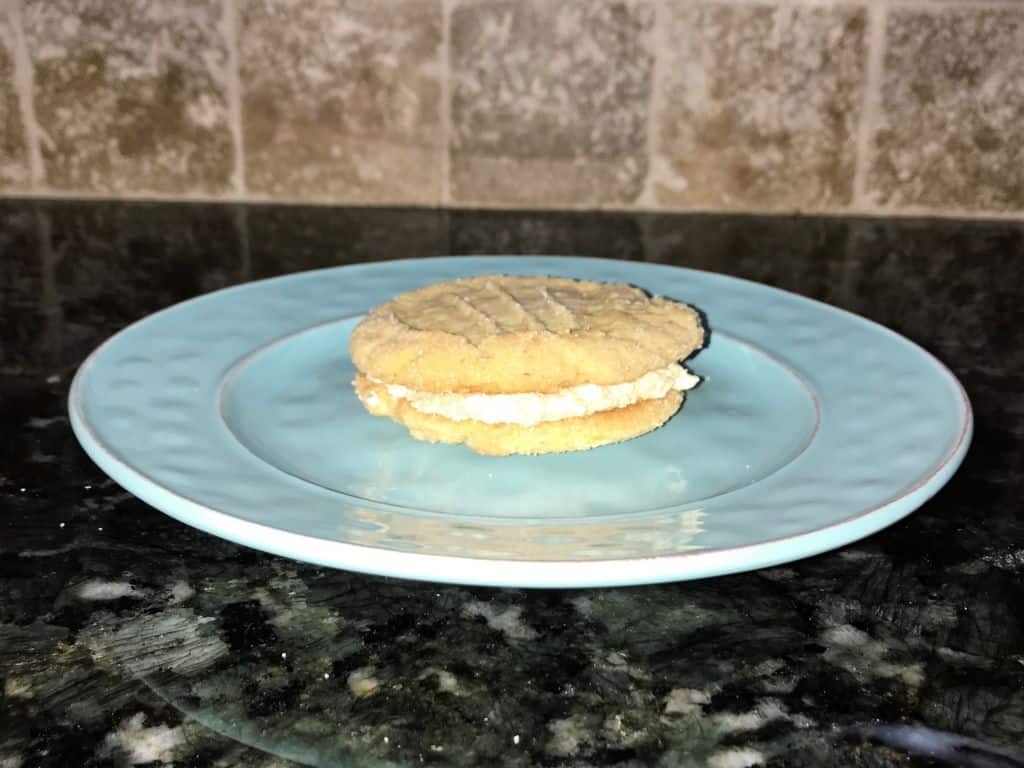 Would you be interested in the recipe for the peanut butter filling? 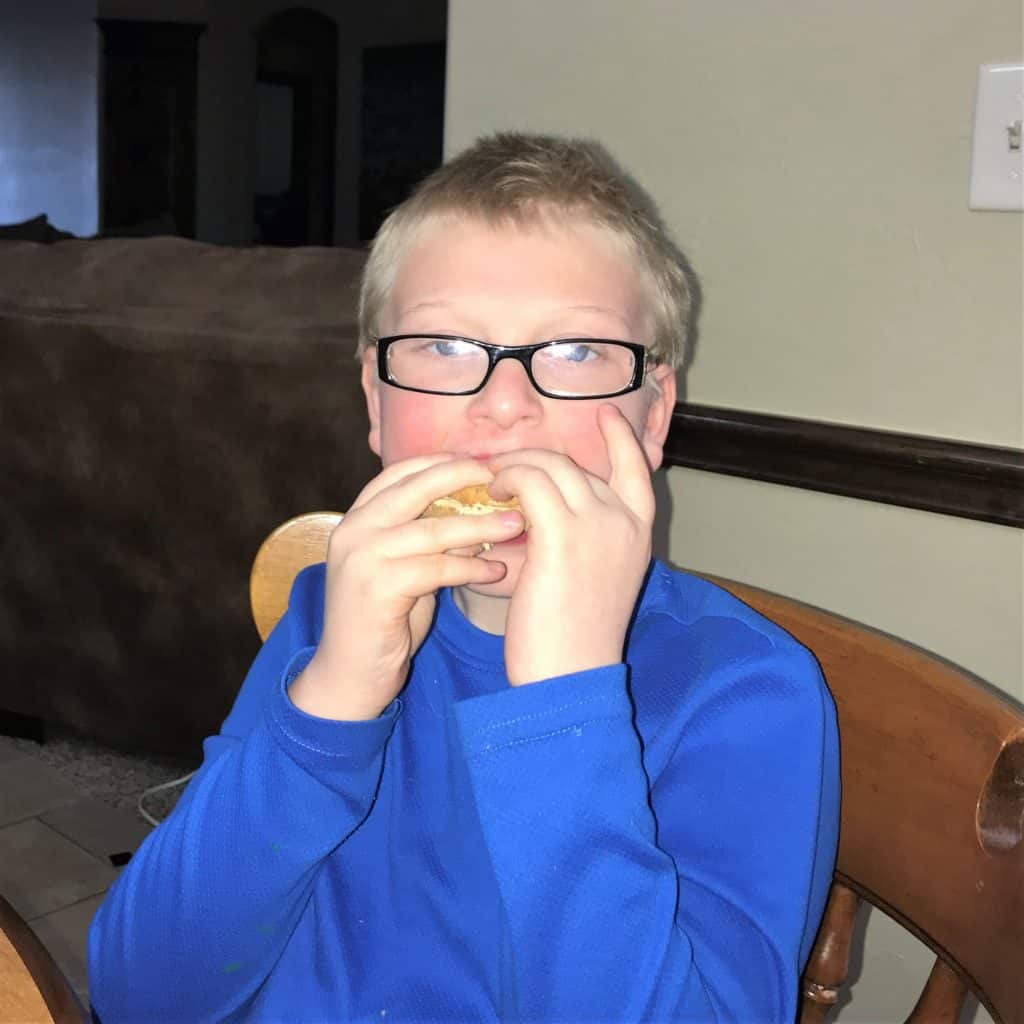 Meta-what-what? Exactly! Metatarsalgia is basically bone pain. I’ve been having an issue with bone pain in my right foot for a little over a year. I’ve tried everything to get rid of the pain. I used an orthopedic boot to reduce pressure on the bone. I used an orthopedic boot plus a knee scooter for 3 months straight to give it a rest. I’ve done steroid shots, steroid pills, anti-inflammatory pills and creams and potions, physical therapy, special shoes, and more. 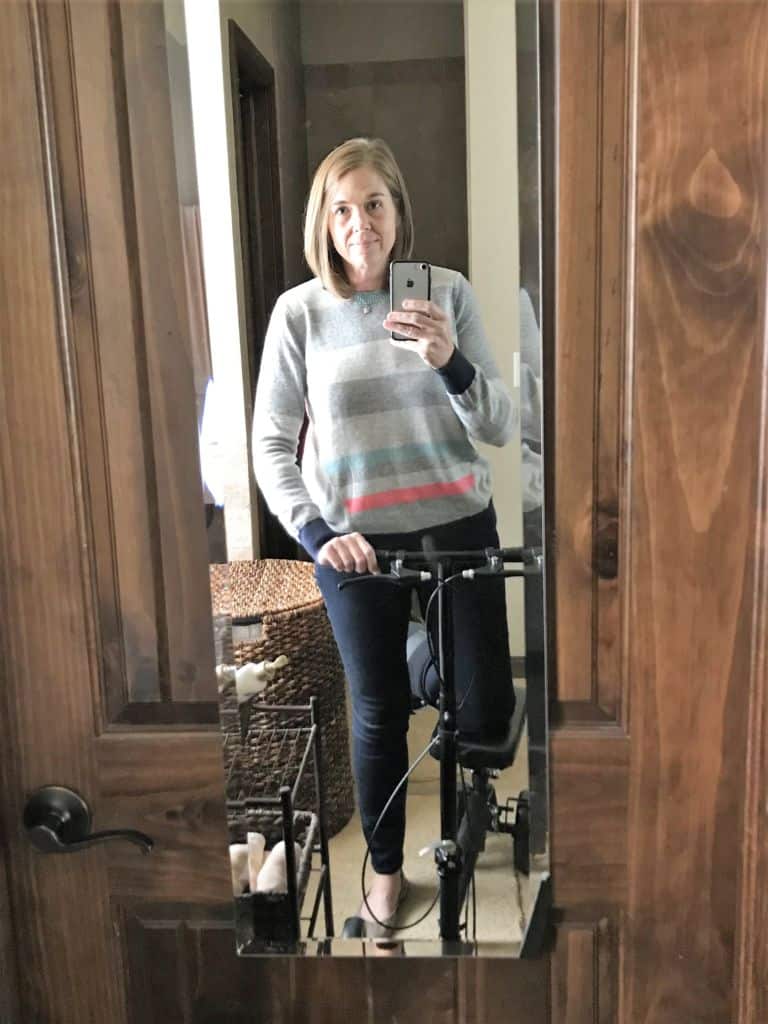 (old pic of the knee scooter)

I went back to the doctor this week and he recommended surgery on my foot to relieve the pressure on the bone. He said I didn’t have to decide today and that I could just call his office if I wanted to schedule a surgery date. I told him that if I walk out of his office, I’ll never call and schedule a surgery date because there’s never a convenient time so let’s go ahead and get something scheduled.

So, my foot surgery is going to be in a few weeks. After surgery, I’ll have a cast on my foot and will have to use a knee scooter for 5 or 6 weeks. To me, that sounds terrible. I keep repeating to myself that I’ll feel so much better when I can finally walk normally again.

Has anyone else ever dealt with foot pain? Did you have surgery? I’m interested in hearing about your recovery. 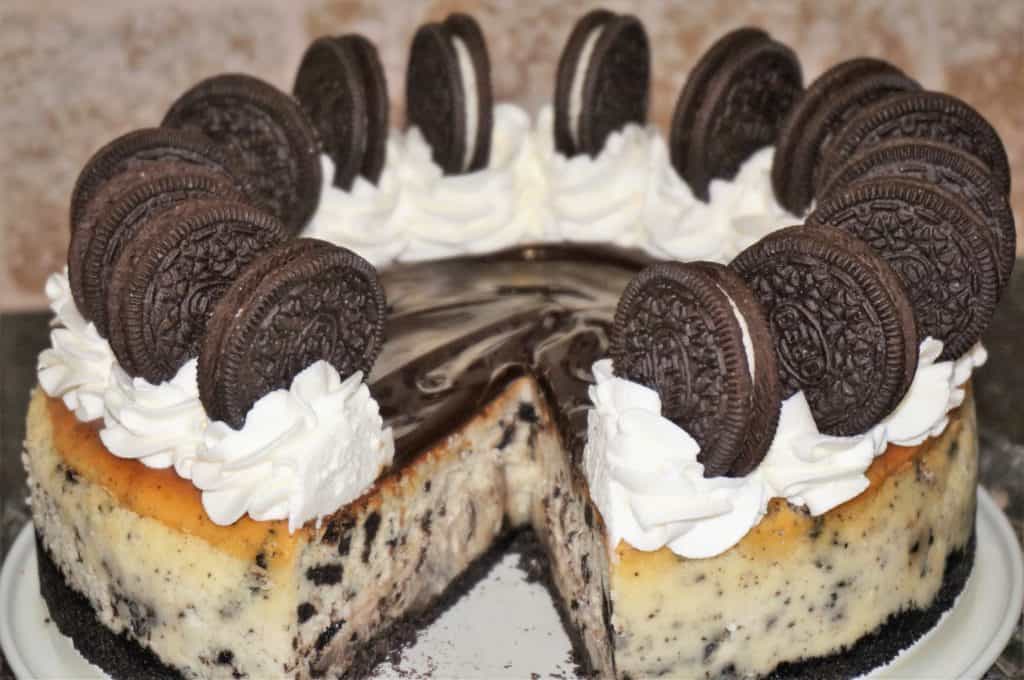 I’m going to post a recipe for this delicious Oreo Cheesecake this week. Noah said I knocked it out of the park with this one! I can’t wait to share it with you. 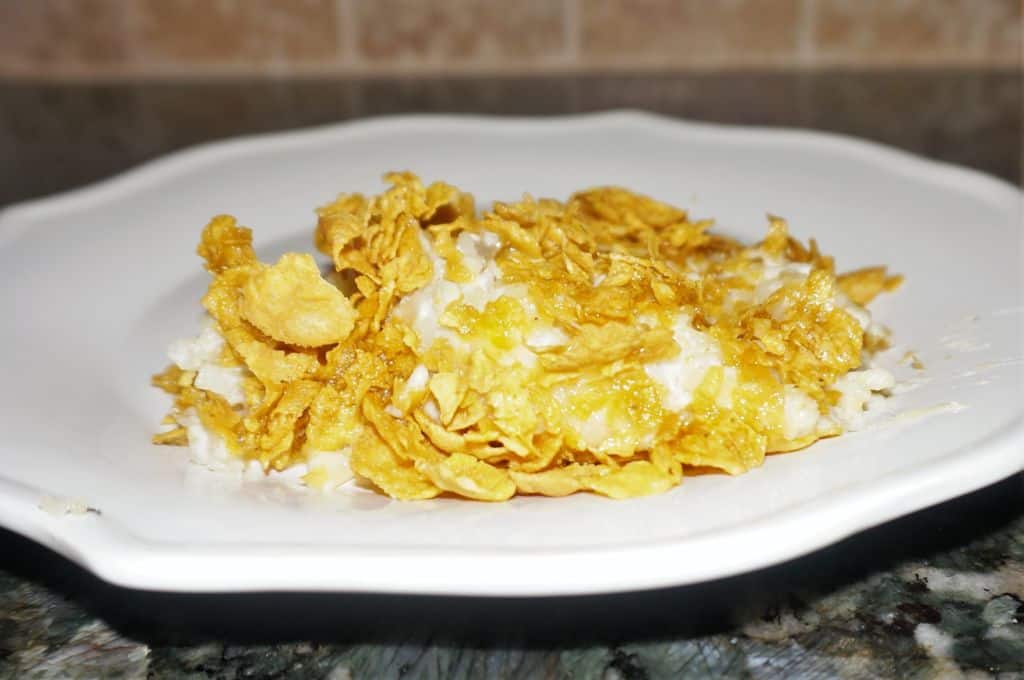 You can also look forward to the recipe for this hashbrown casserole. This is another one of those kid-approved recipes around here. Emily and Noah both love it!

What do you have going on this week?