Sorry I haven’t posted anything new for a few days. I had my much-anticipated foot surgery on Wednesday afternoon and have been resting since then. I’m going to share a bit about my surgery in case it helps anyone else who is going through a similar surgery.

Nothing is Ever As Quick As it Should Be

We had to be at the hospital at 11:15 am so I knew it was going to be a long day. My surgery was supposed to start around 1:30 pm but my surgeon had to assist another surgeon with a case earlier in the day and that threw the schedules off.

I ended up sitting in my lovely purple paper dress for a long time while we were waiting. Mike went to grab something for him to eat since we were going to be waiting at least another hour. I couldn’t eat or drink anything the day of surgery.

Better Make Sure You Operate On The Correct Foot 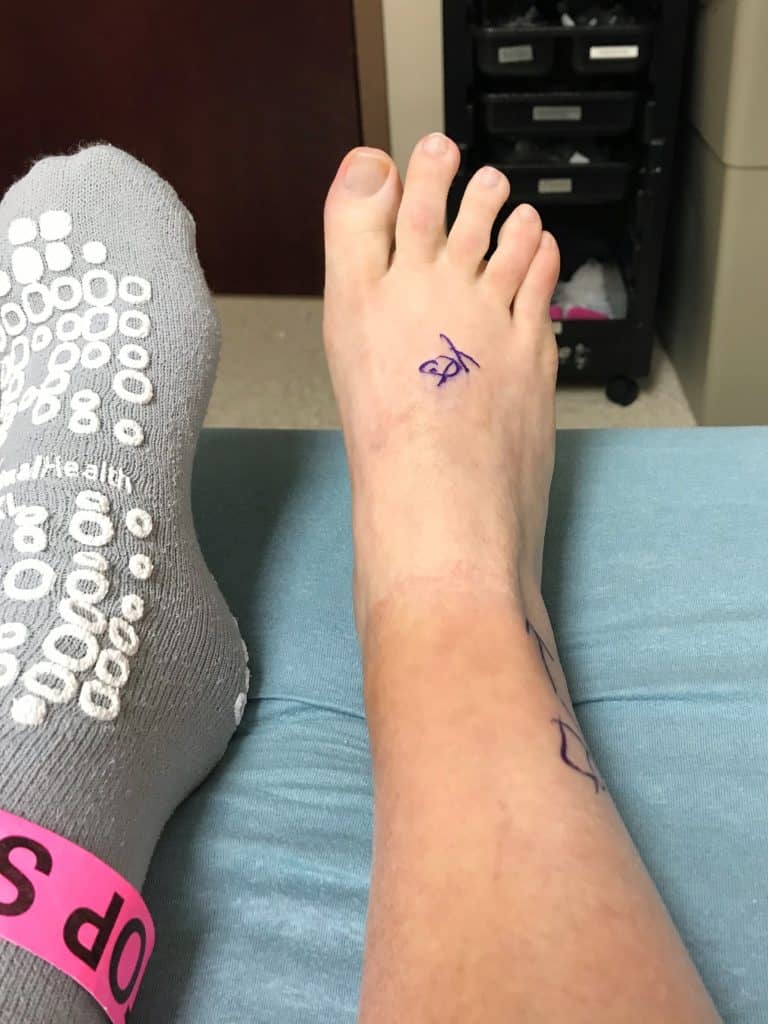 The nurse wrote YES on the foot that was going to be operated on and NO on the other foot. She also put a pink band that said STOP on the other foot. I was glad they had some procedures in place to make sure the correct body part is worked on.

They also asked me every step of the way to confirm what foot was being worked on today.

Nobody Wants to Be Sick

Anesthesia usually makes me sick to my stomach so I let every person I came into contact with that I was concerned about getting sick. The anesthesiologist ordered a Scopolamine patch for me to help with nausea. The nurse put it behind my ear about an hour before surgery and I kept it in place until the following morning. I also got a Phenergan shot during surgery. And I didn’t get sick! What a miracle!

It was finally time for my surgery and the OR nurse put some “happy medicine” in my IV then wheeled me back to the operating room.  I moved over to the operating table and they started getting things set up. After a couple minutes, the anesthesiologist said she was going to put something in my IV to help me go to sleep and that it might sting and burn a bit. I thought “oh yeah, that does burn a little” and that’s the last thing I remember until the OR nurse was calling my name and trying to wake me up.

Sometimes The Procedure is Hard to Explain

The whole thing was secured with a couple small screws that will stay in place long-term. During surgery, they also did an ultrasound-guided nerve block in my foot. The nurse said that the nerve block would help with the pain for the first 12-24 hours then would slowly fade away.

That seemed to be about right for me. I didn’t really have a lot of pain the first day. For me, the pain really started at the end of the 2nd day. It hasn’t been too bad though. 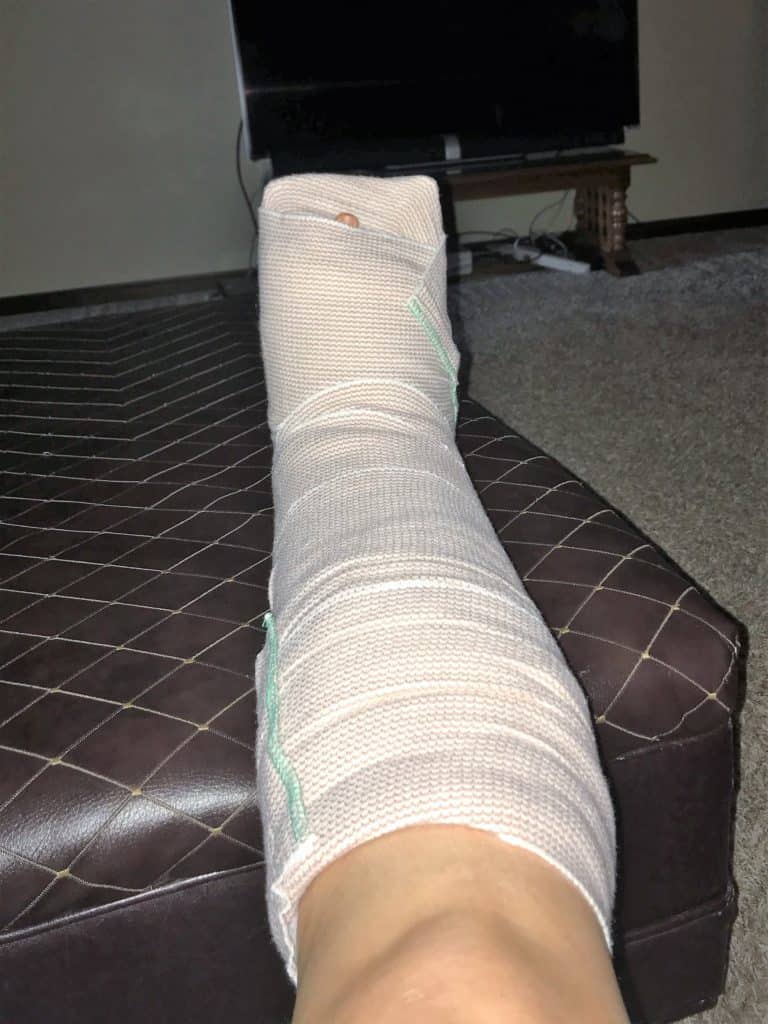 I have quite the splint and bandage on my foot and I have to be completely non-weight bearing for 5-6 weeks after surgery.  I have a knee scooter that I used for several months last year so that’s what I’m using again.

It’s not been fun but I know it will be worth it when I can walk without foot pain in a few months.

Thank you for all the kind words and messages!  I appreciate it very much.