After our hot afternoon at Botanica Wichita, we decided to get up early and head to Sedgwick County Zoo before the weather got too hot outside. Somehow that getting up early thing never works out the way we’d planned. It didn’t help that we “had to” stop by Krispy Kreme for breakfast before we went to the zoo.

Krispy Kreme has been kind of a thing on our adventures. There’s only one Krispy Kreme in our metro area and it’s about 45 minutes from our house. There used to be one much closer to us but it closed down a few years ago so we rarely get to eat these treats.

When we went on our Northwest Arkansas adventure on spring break last year, there happened to be a Krispy Kreme down the street from our hotel and we just had to stop and get a box.

A few days after my foot surgery, Mike was going to take me to breakfast somewhere that I wouldn’t have to get out of the car and I requested Krispy Kreme. The kids were so disappointed that they had not gotten to go with us because they were at school.

The following weekend, we went on a mini-adventure where we went on a picnic at a local park then we surprised the kids with a trip to Krispy Kreme.

On our trip to Wichita, we were driving around trying to find something to eat close to our hotel and we turned a corner and there was a Krispy Kreme right in front of us! We all screamed! How could we not go back for breakfast the next morning?

We ended up getting to the zoo at about 10 am. There was plenty of parking so we got a good spot. The entry process was quick and easy. We, of course, got a map. Noah is our map guy – our tour guide. 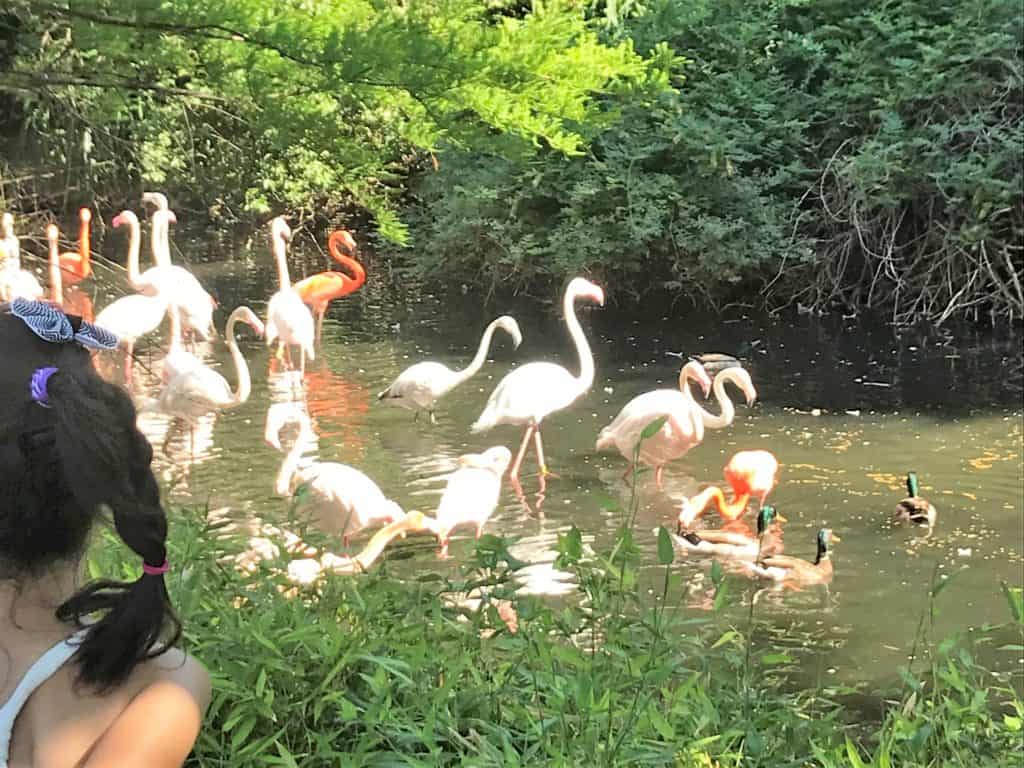 We just happened to show up at the giraffes at the right time to get in on the giraffe feeding. We bought four handfuls of food for a couple bucks each and got to spend as much time as we wanted to feed the giraffes.

I wish we’d gotten some video of the giraffes but we got some really cool pictures. I thought it was a really neat experience.

The rule was that we couldn’t pet them. We could only hold out the food for them to eat.  Only two of the giraffes were over by the feeding station. The others were standing over by the building. Do you see the one standing facing the wall? He was licking the wall the entire time we were watching him. 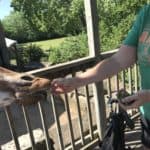 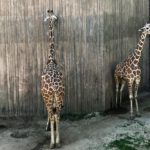 No lettuce for me – I’ll just lick the wall. 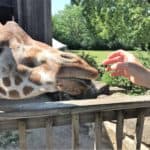 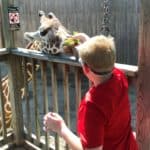 Wrapping my long tongue around this lettuce before this kid jerks it away from me! 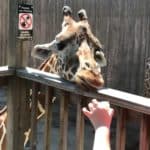 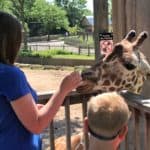 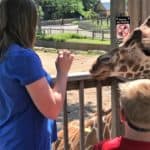 You’re such a tease! 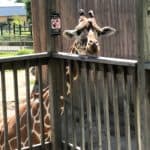 Hey, you got food for me? 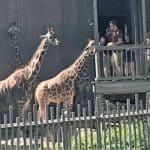 Waiting on my treat 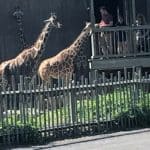 The Elephant Habitat had a very nice observation deck that was super breezy. They had some benches and it was a perfect place to take a rest. A volunteer was out showing people an elephant tusk and an elephant skin. We got to feel both of those. She said an elephant’s tusks continue growing throughout their lifetime. 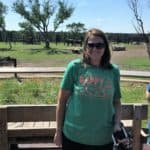 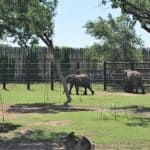 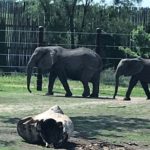 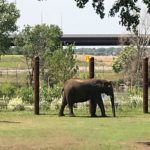 Sedgwick County Zoo had a really neat penguin exhibit. They are one of only twelve zoos in the US to house Humboldt penguins. They had a swimming pool with a nice viewing area so that we could see the penguins swimming below the water. It was really neat to see them. Sooo cute! 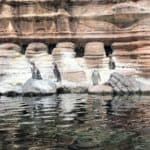 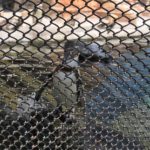 We didn’t get to see all the animals at the zoo because it was just too hot and I was having a hard time scootering around.

We made it through the Children’s Petting Zoo though. We saw this camel along with some sheep. We got to go in the sheep pen but I had to keep my scooter on the walkway so Mike called some of the sheep over for me to pet. Haha! 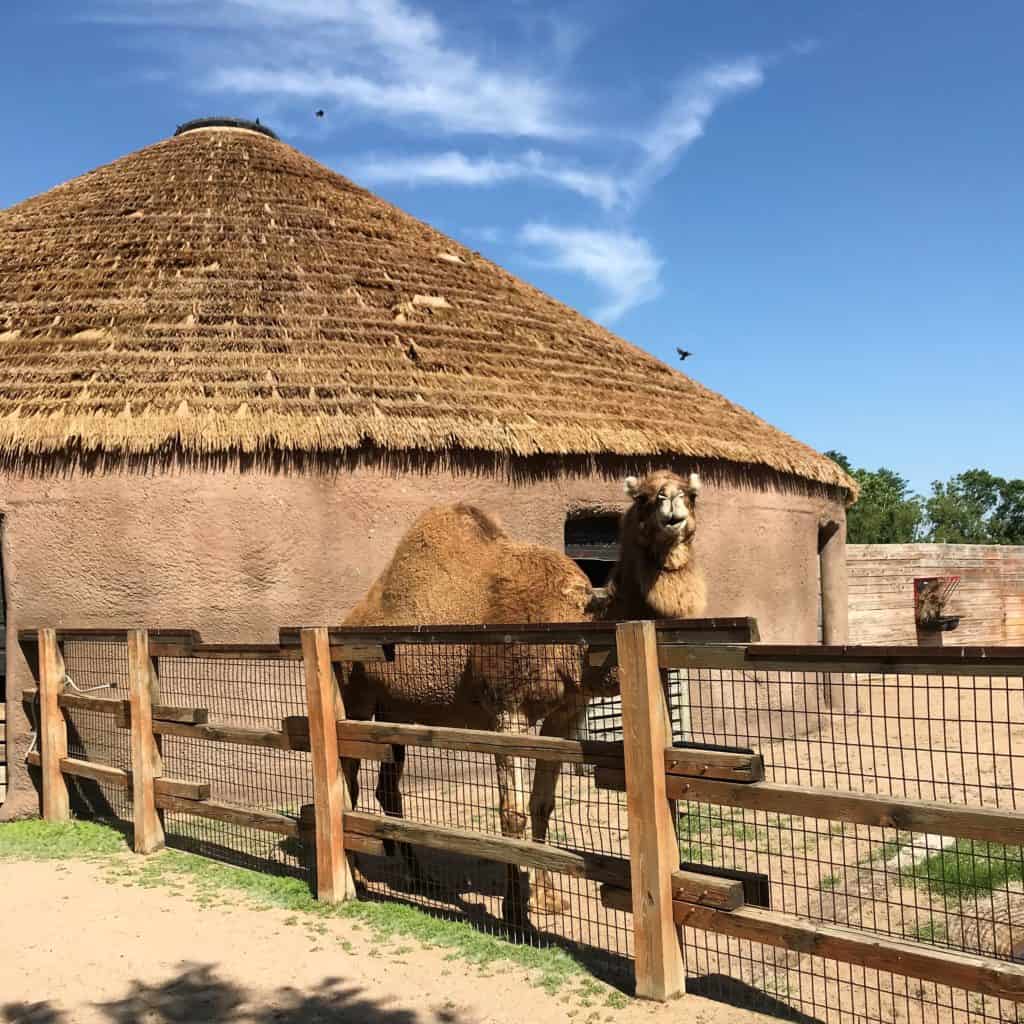 We crossed over a little foot bridge and found these little baby ducks resting along the water with their mama. 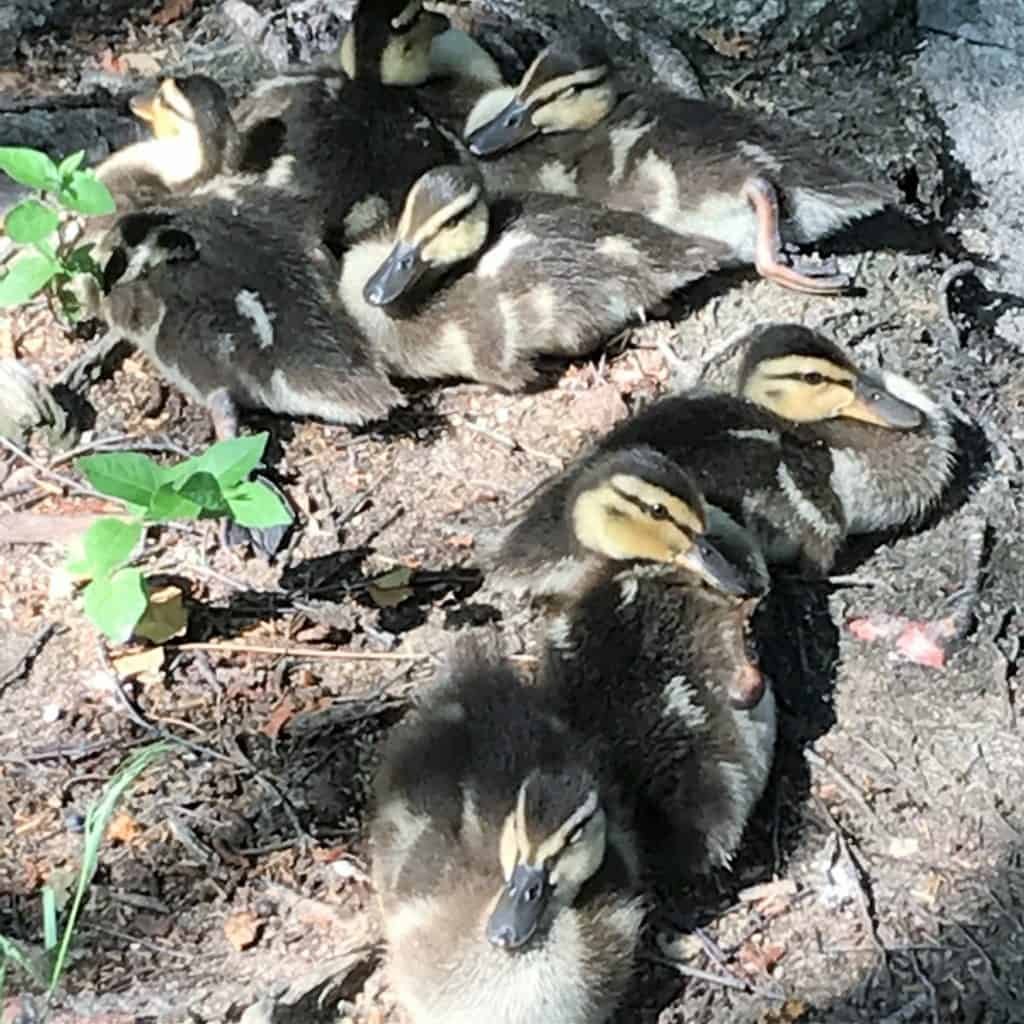 There were a lot of really large Koi fish around the children’s area that you could feed. 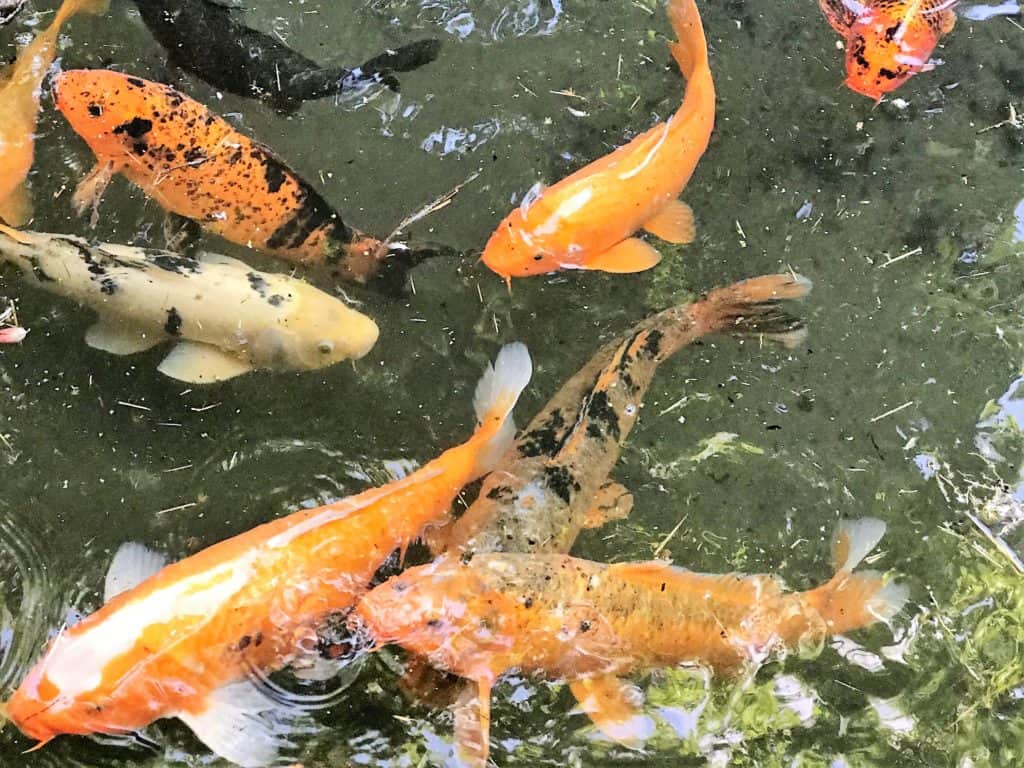 We also found a meerkat sitting on a perch. 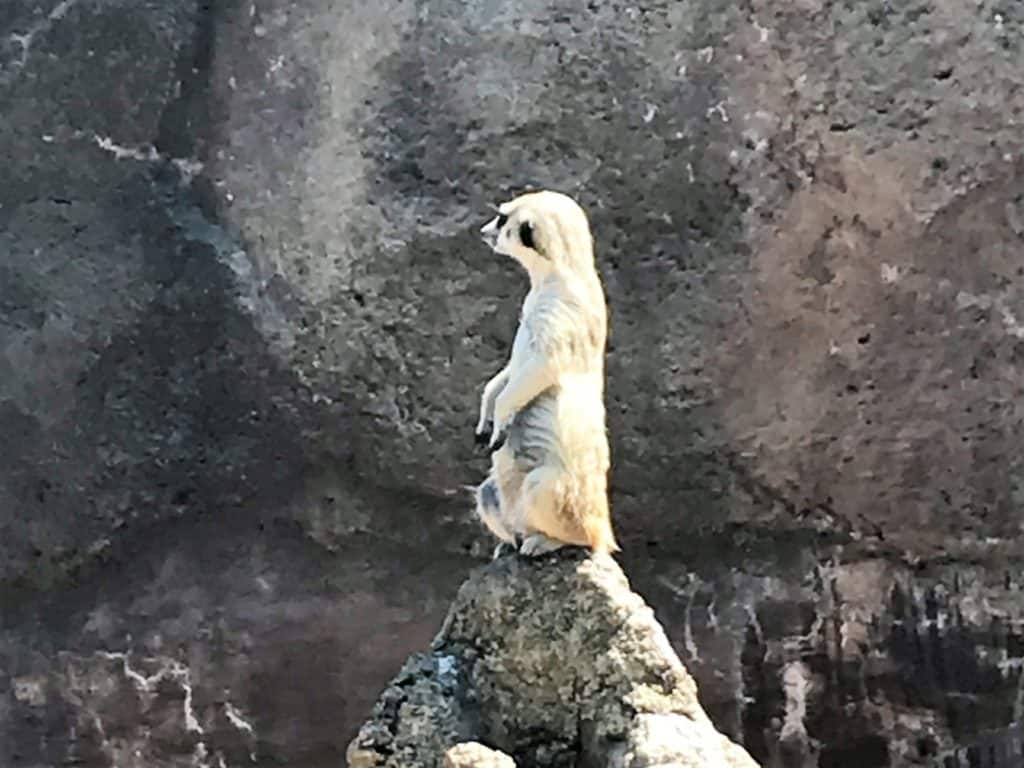 I wish we’d gotten to see more of the animals, but that just means we’ll have to come back for another visit.