Noah just completed a two-week summer camp session at a local theater. When I first signed him up for the camp, he was so upset! He didn’t want to go and sure didn’t want to be on stage. But the first day totally changed his mind. 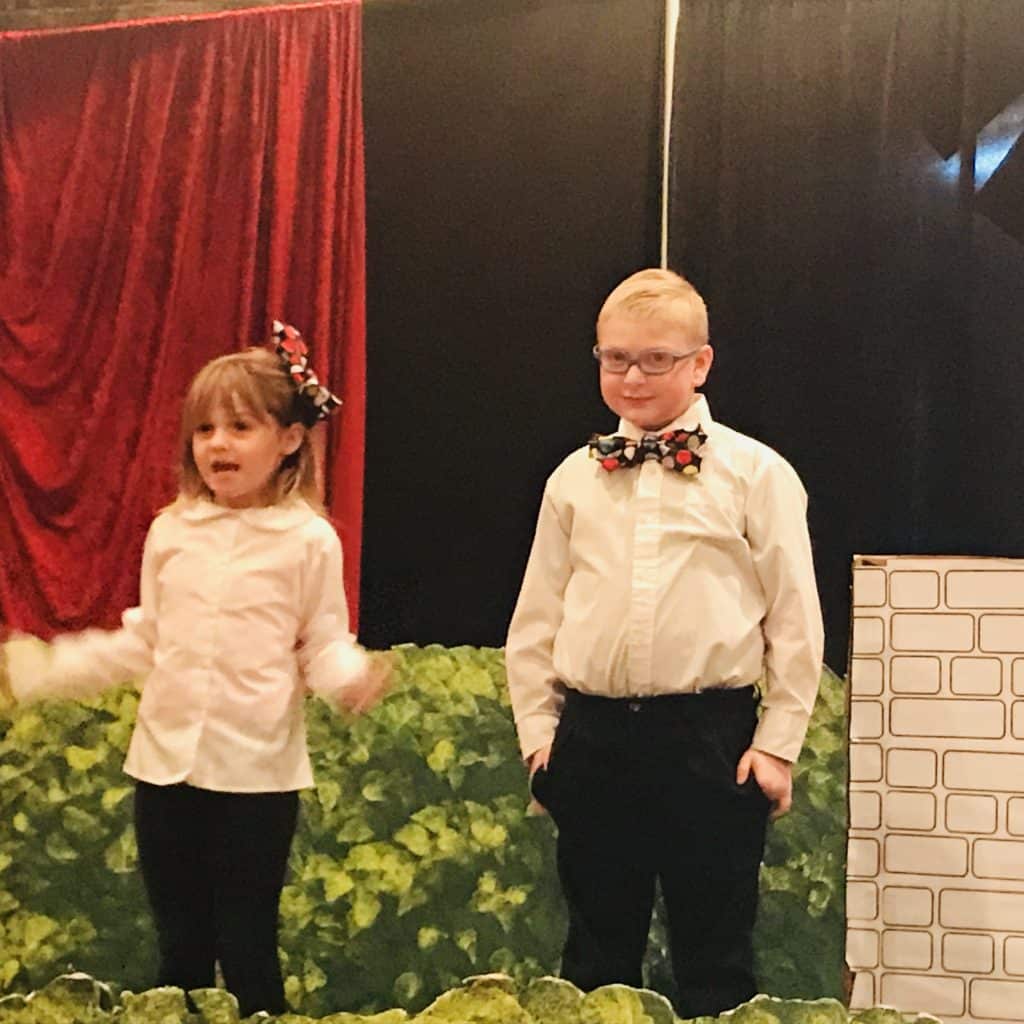 He was literally skipping to the car after the first day of camp! He had so much fun and learned so much.  They learned different parts of the theater like the grand drape (the front curtain), the dressing room, the spotlights and other lighting. They even got to tour the theater across the street. 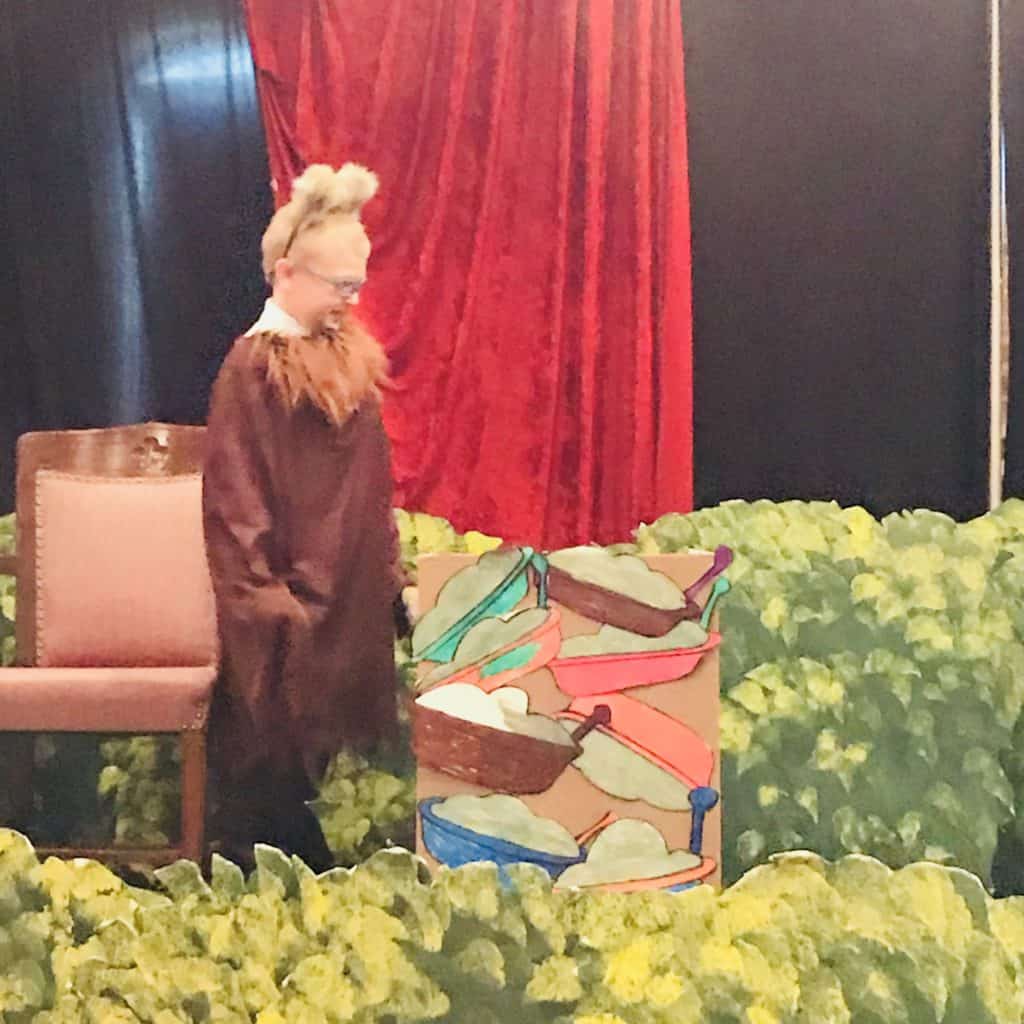 Noah’s class got to put together three short skits that they performed on the final day of camp. They created the scripts “Mad Lib-style” where the teacher asked them to give her a color or a place or a famous person then used their responses to customize the play. Their plays turned out really cute and unique. 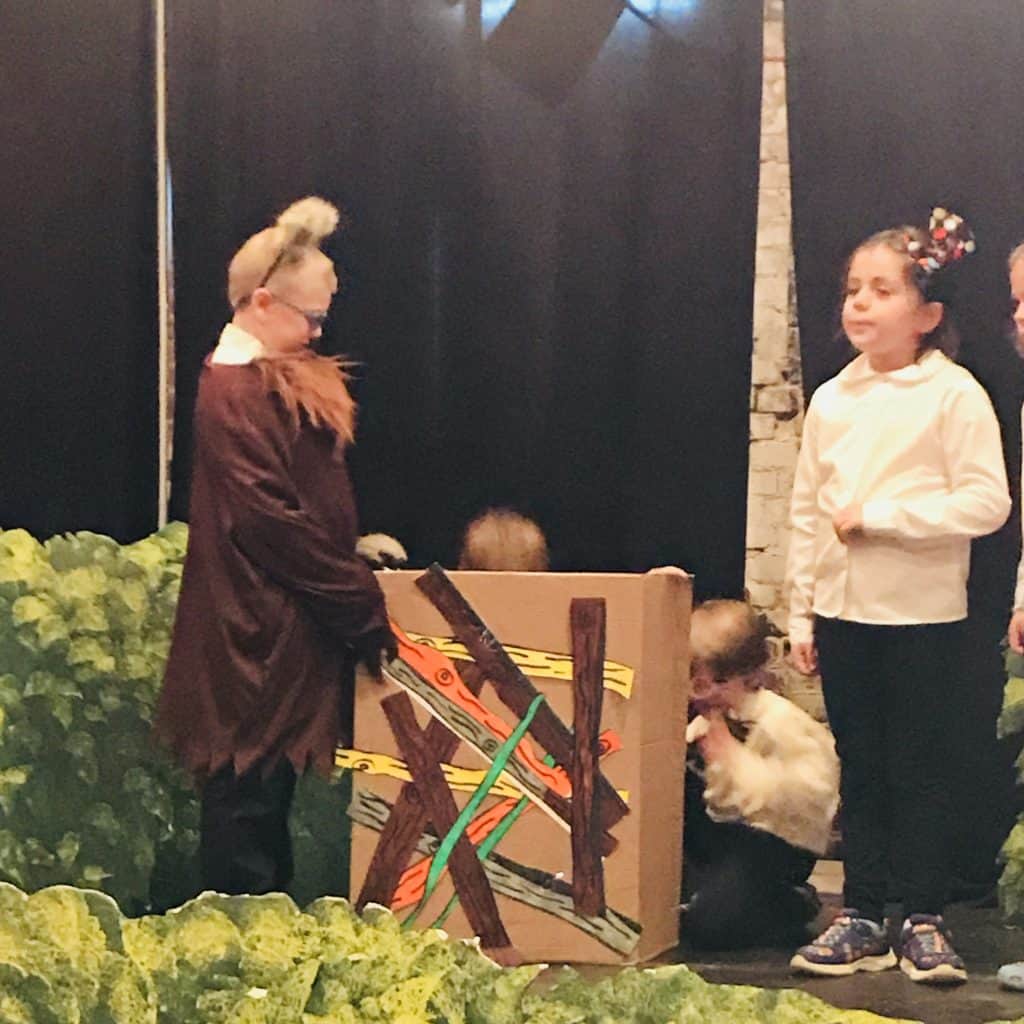 I think the kids got their scripts on the third or fourth day of camp and we started practicing Noah’s lines pretty much immediately. He had speaking parts in all three skits and he knew all his lines perfectly. 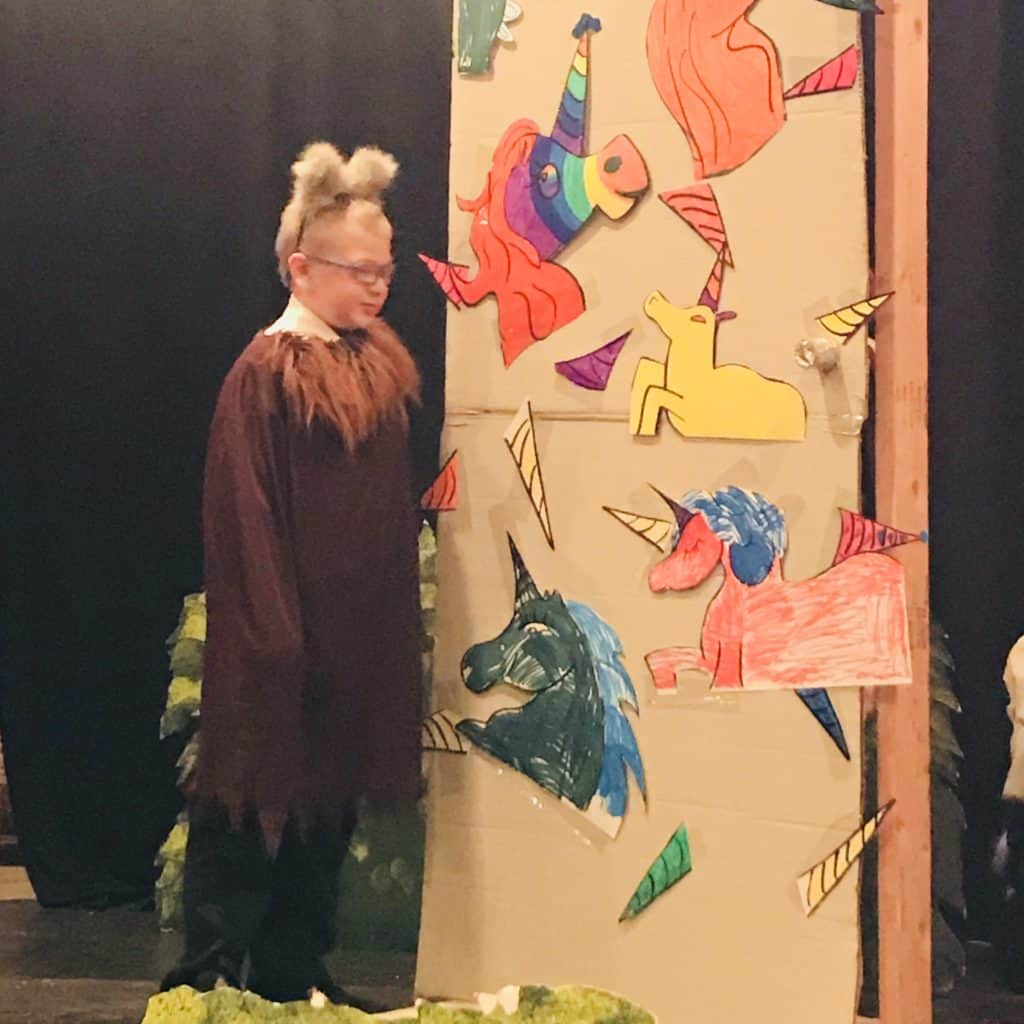 The kids also decorated many parts of the set, including this cute unicorn door. Noah’s unicorn is the pink one with the blue mane on the lower right in the picture above.

The first skit the class performed was “The Very Brave Adventurer.” Noah was a narrator.

The second skit was “Little Blue Riding Hood.” Noah was one of the narrators in this one too.

The third skit was “The Three Wonderful Pigs.” Noah played the part of the Big, Bad Wolf. His costume was so cute!

I thought the entire class did really well! I was so proud of Noah for getting out there and conquering his fears. We went to lunch after the program and he said, “I was so nervous!” He did great though. 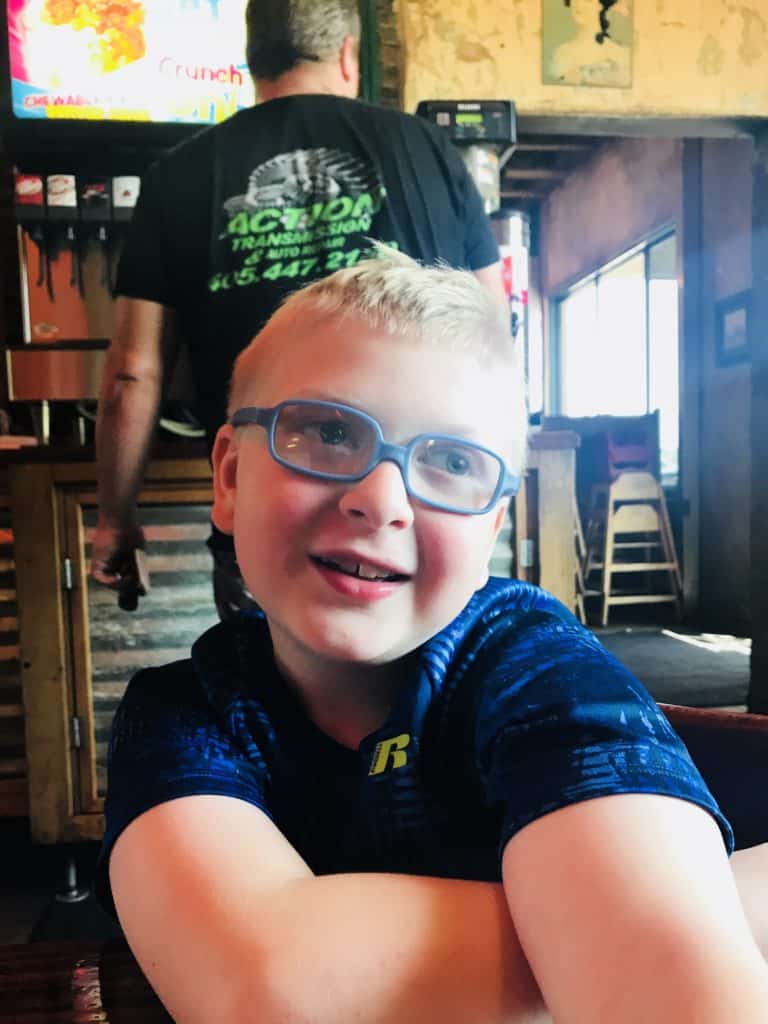 His teacher gave the kids a framed photo of their class and Noah is so proud of it! He’s got the framed photo and a few candid photos from class on the table beside his bed. 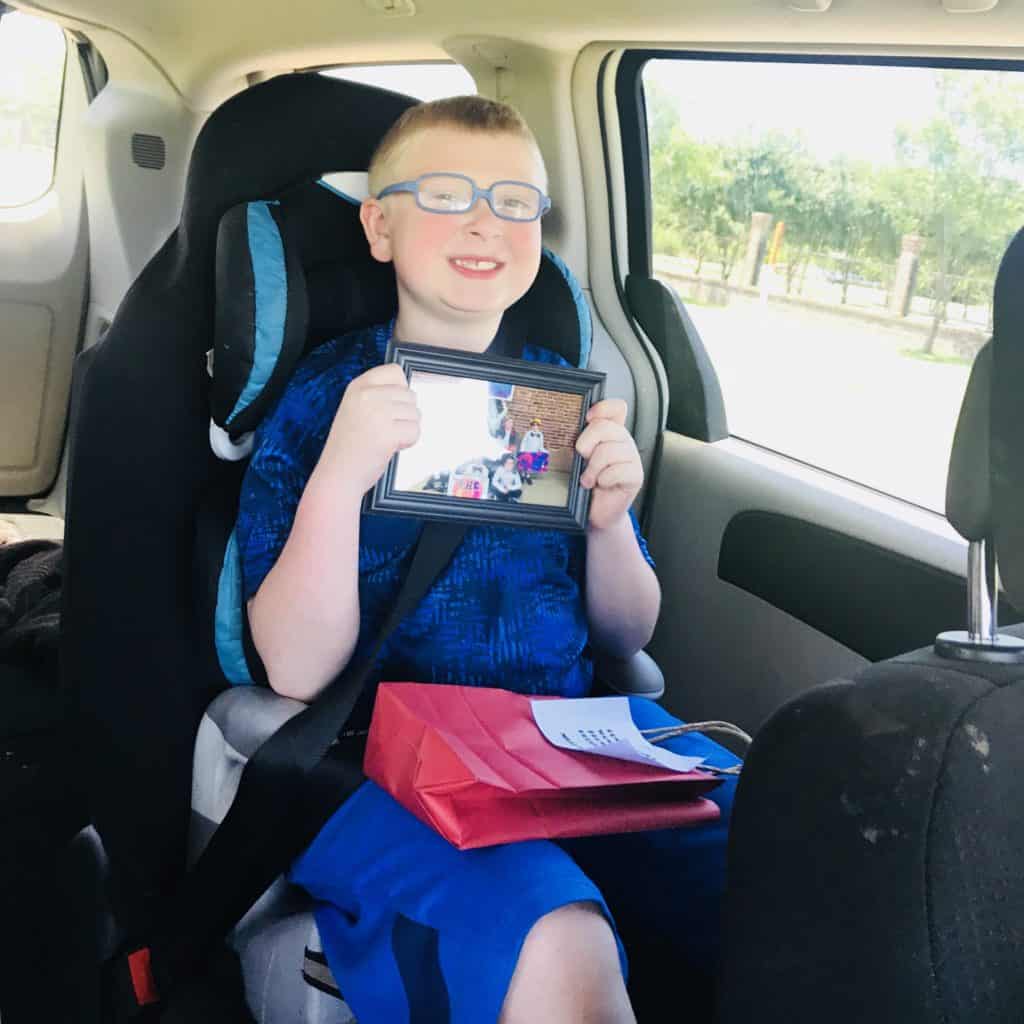