Since I was on my knee scooter, we had to figure out where to go for the handicapped entrance to the Dome Theater. We were given some misinformation but we finally found someone to let us in the upstairs wheelchair entrance.

When we got up there, we found out that the Dome Theater was wheelchair accessible, but it was not exactly scooter-accessible. All the seating was at least two steps up. I had to hop up the stairs, but we made it work. 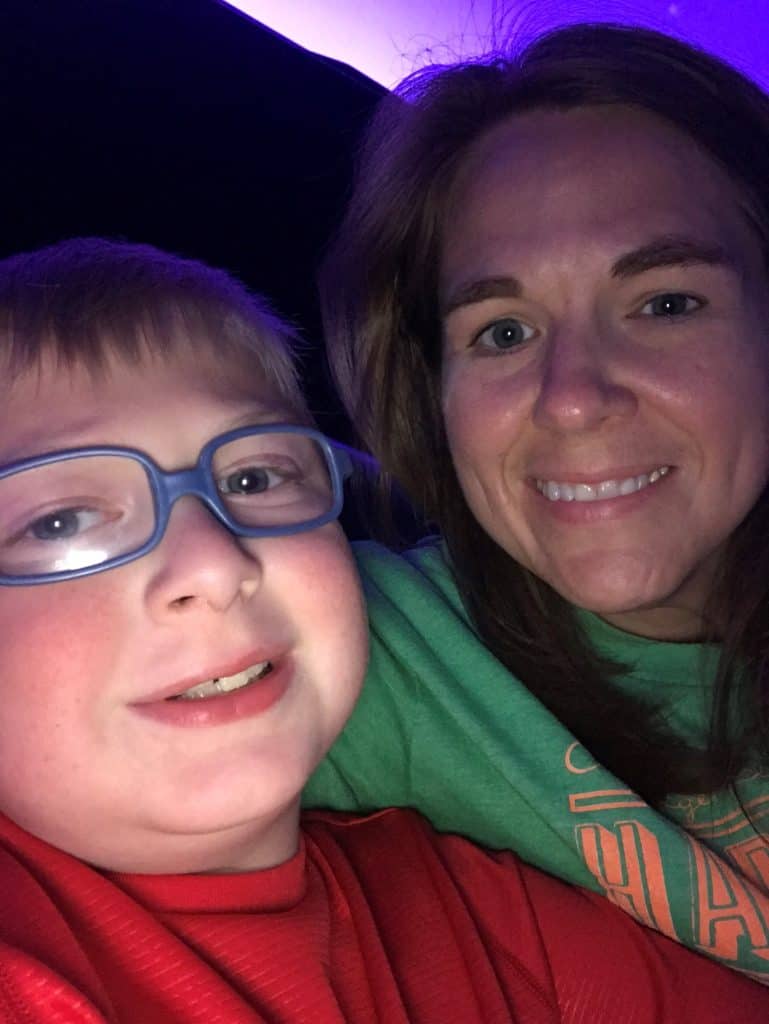 The wheelchair area was at the very top of the theater and Mike does not like heights so he and Emily went to sit on a lower row. Noah stuck with me though and we had a good time. We saw a show called Supervolcanoes. We were not allowed to take any pictures during the show but it was really neat.

After the planetarium show, we went to check out the exhibits in the museum. Pretty much all the other areas were scooter-accessible so I got to go and check things out too. 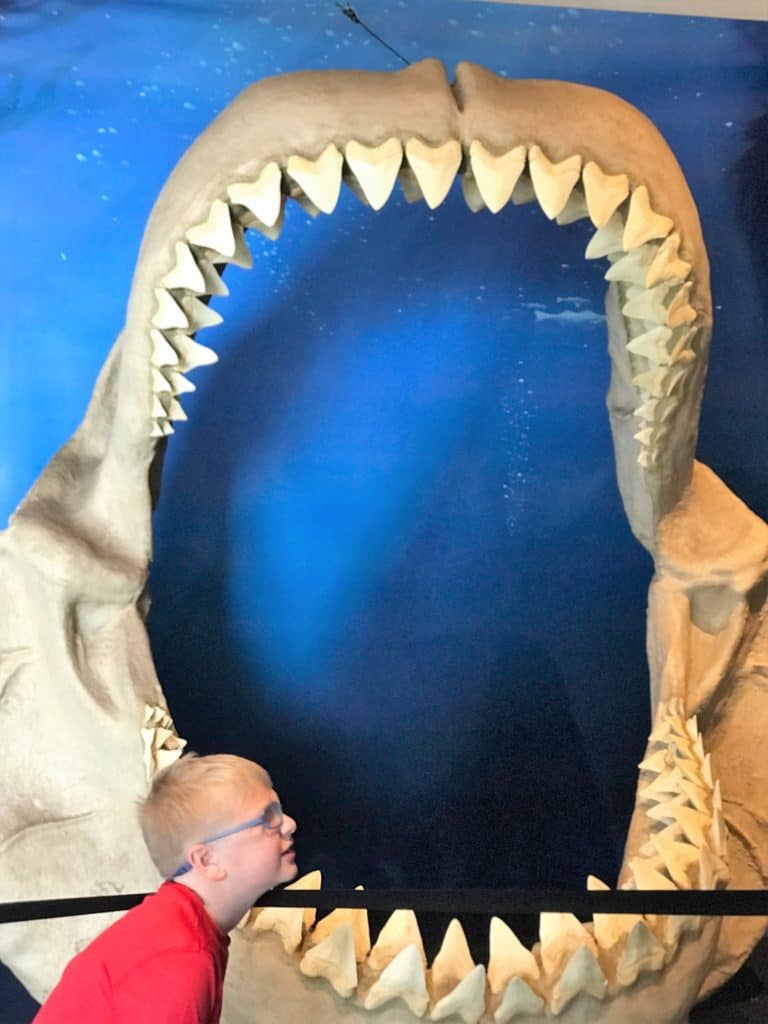 Our first stop was the shark exhibit. It was all Noah’s idea to get this picture where it looked like his head was in the shark’s mouth. They had SO many different types of sharks represented in their exhibit. I was really impressed. They had life-sized replicas of some types of sharks and many, many shark teeth on display. 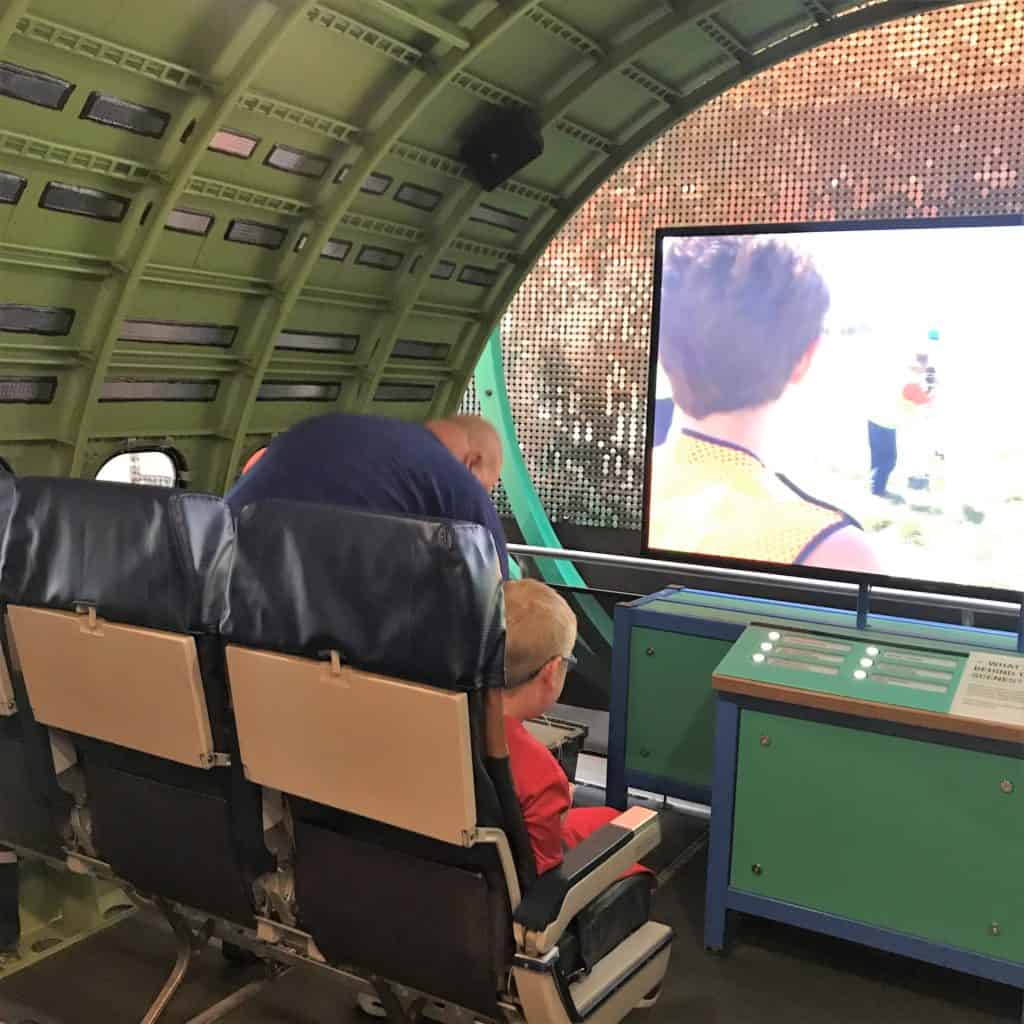 The next stop was the air and space area where they had different parts of plans that you could go in and explore. Noah wanted to sit in the plane seats and watch this little movie. 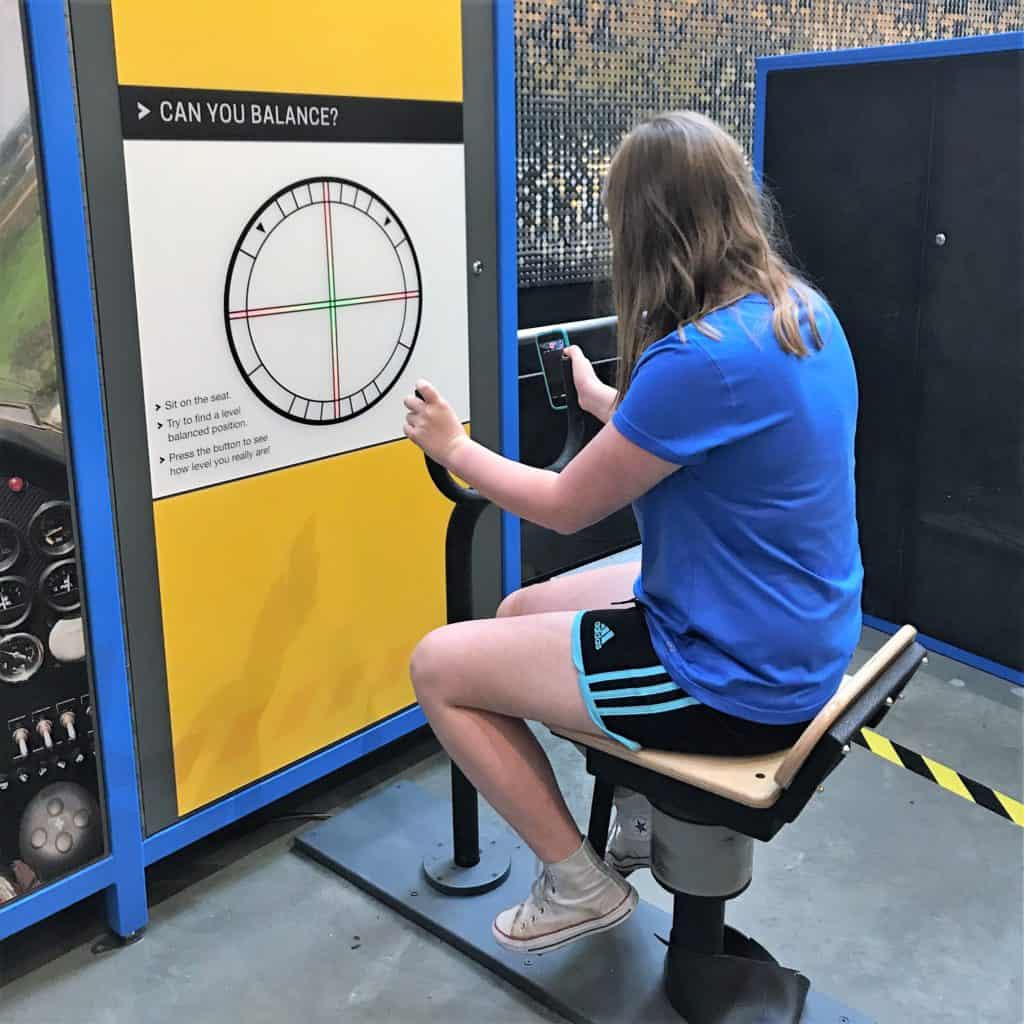 Emily tried out the balancing chair and she was really good at it!

They also had a wind tunnel where you could create a whirligig one of paper or a paper cup and see if you can float it out of the wind tunnel.  Emily and I tried both. We had better luck with the paper airplane launch but they were both fun. 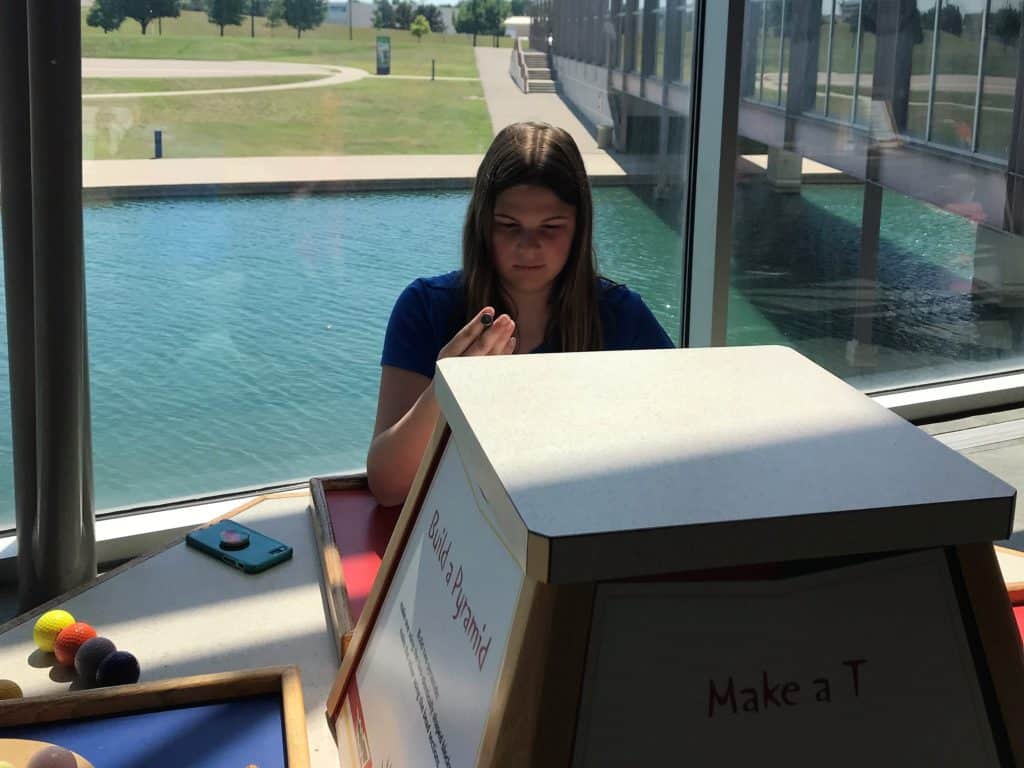 One area of the museum was full of brain games. We tried our hand at several of them, but I’m not sure how successful we were. 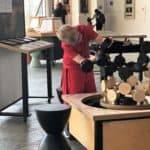 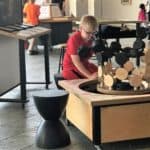 Noah working on his design

It was fun to try out the different stations though. 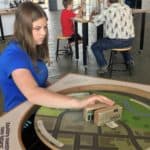 Emily working on the balancing table 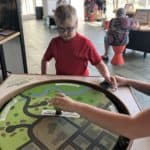 Emily and Noah working together

We all worked together on the balancing table, but it was really hard! We only put a few things on the table and we were already out of balance and starting to lose things! 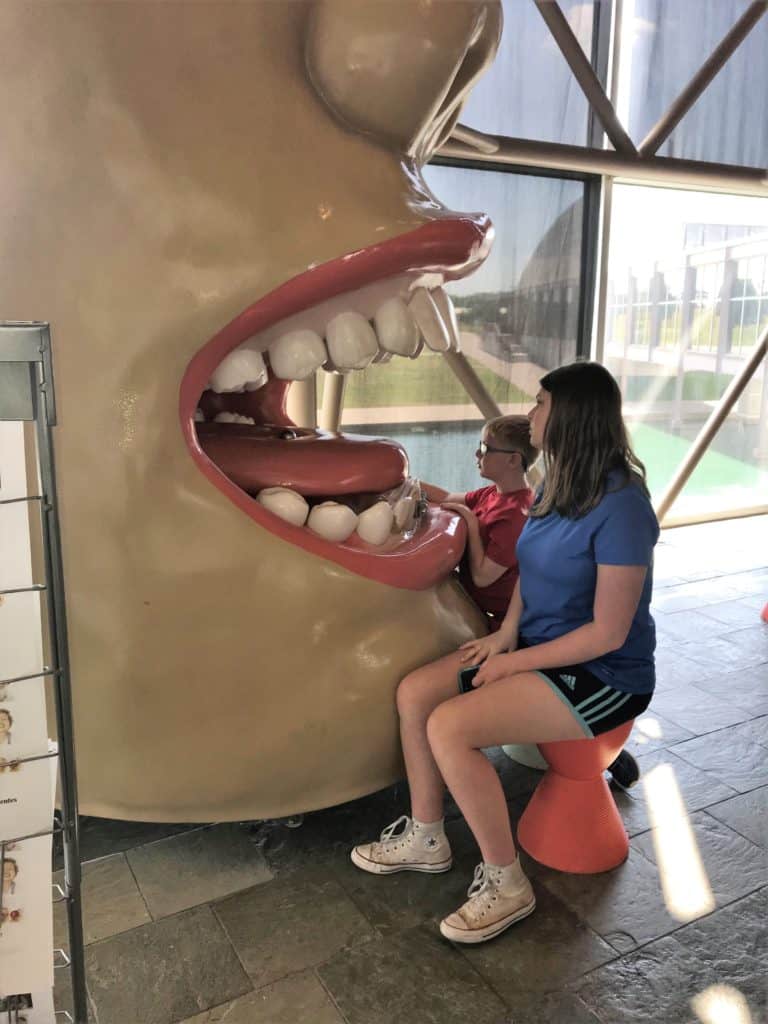 Noah and Emily spent some time at the Big Mouth exhibit. Hopefully they were being encouraged to brush their teeth!

We had a good time at Exploration Place but then we had to head on back toward Oklahoma.