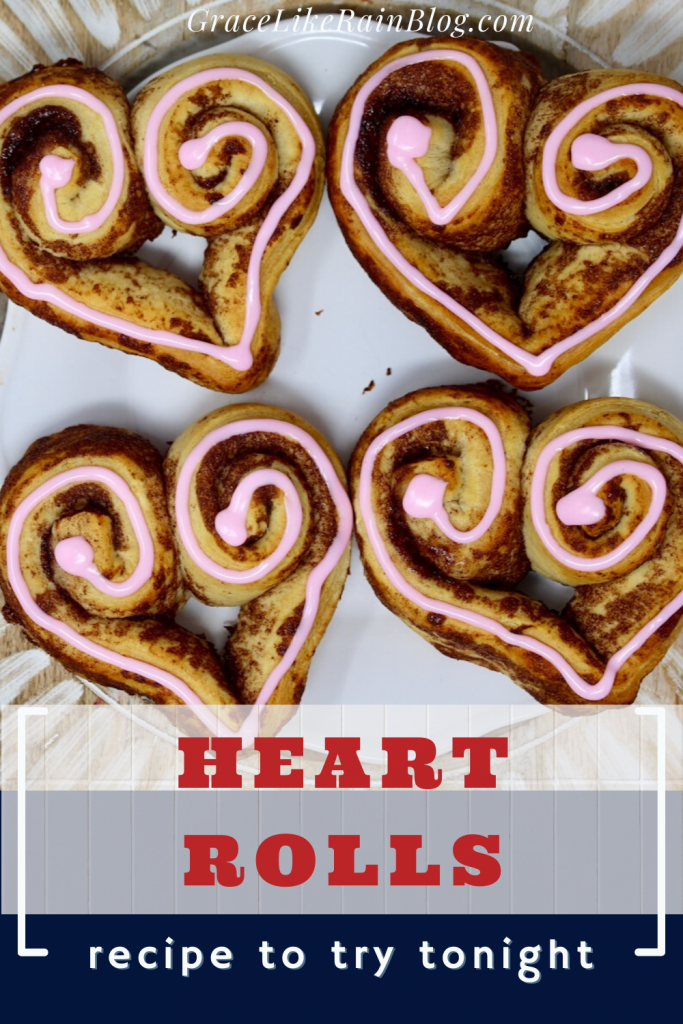 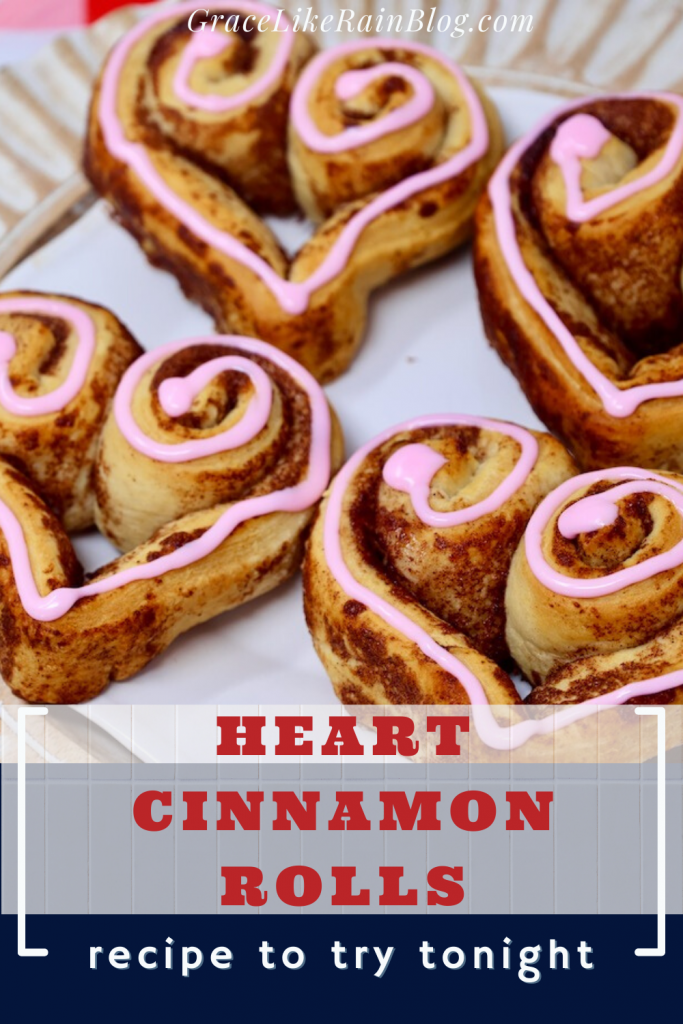 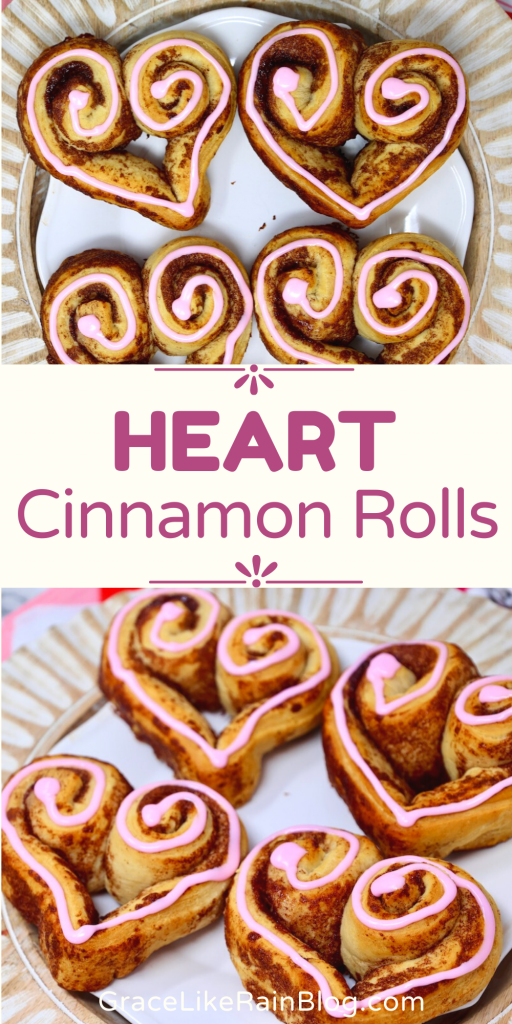 Heart-Shaped Cinnamon Rolls are the perfect breakfast idea for Valentine’s Day, Mother’s Day, or any time you want to show love to your family. These big cinnamon rolls are easy to bake and are sure to make a big impression on your family.

My children absolutely love it when I come up with creative ways to serve their food.

I promise you it makes the food taste even better when it’s in a cute design or dressed up in some way.

Refrigerated cinnamon roll dough is a convenient option for breakfast because they don’t take much effort and bake up quickly.

But you can make them even better by transforming them into a fun shape.

You’ll be blown away by how easy it is to make big, fluffy hearts out of cinnamon rolls.

But there are a few things you need to keep in mind.

First, you need to use a can of refrigerated cinnamon roll dough that can be unrolled into a long strip of dough.

Some refrigerated cinnamon roll dough is more like a biscuit with a spiral shape stamped into the top of it using cinnamon and sugar.

The Pillsbury Grands Cinnamon Rolls, though, can actually be unrolled into a long strip of dough so they will work perfectly for these Heart Cinnamon Rolls.

Key to Success #2 – Work With the Dough, Not Against It

We’re going to start by unrolling the dough into a long strip of dough.

But we’re going to keep the center coiled.

This will be the center of one of the sides of the heart.

Move to the opposite end of the dough and start to roll the dough toward the center.

Try your best to match the swirl on the original side as far as the size and shape.

Pull the excess dough into a V-shape to form the bottom of the heart.

Pinch the tip of the ‘V’ to help the heart hold its shape when it is in the oven to bake.

Key to Success #3 – Cool Rolls Before Piping on the Frosting

The rolls are fully baked when they are puffy and light brown.

Remove the Heart Cinnamon Rolls from the oven and allow them to cool on the baking sheet for at least 10 minutes.

I highly recommend using gel food coloring so that it will not affect the consistency of your icing.

Americolor gel food coloring in Soft Pink is what I prefer to use, but you can use a brighter shade of pink if you’re going for a different look.

If the cinnamon rolls are still hot when you add the frosting, the frosting will melt into the rolls and you won’t see the pretty pink outline of the heart.

If you are in a time crunch, it’s perfectly fine to go ahead and frost your Heart Cinnamon Rolls.

And they will still be so pretty and festive with the melted frosting if you frost them while warm.

Save this Heart Shaped Cinnamon Rolls recipe to your favorite Valentine’s Day Breakfast board or your Heart Shaped Food board.