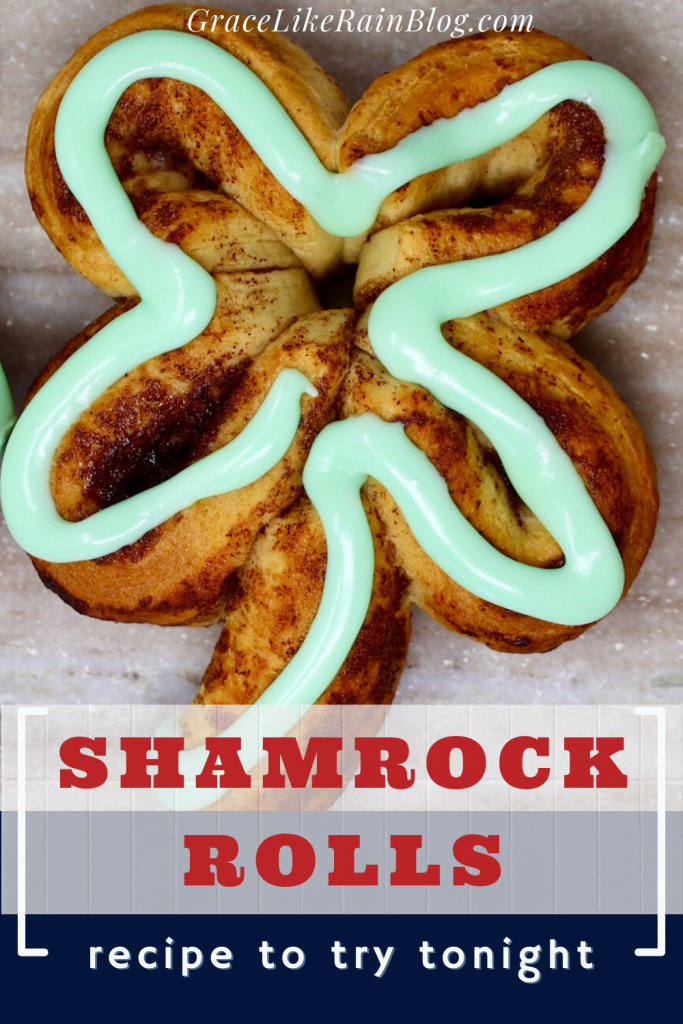 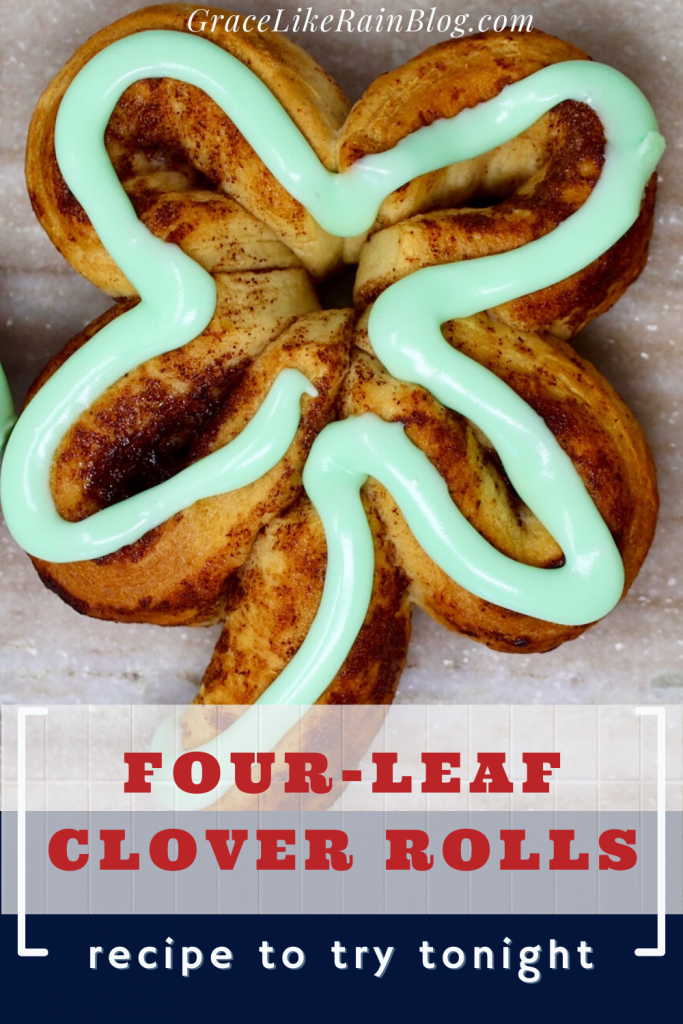 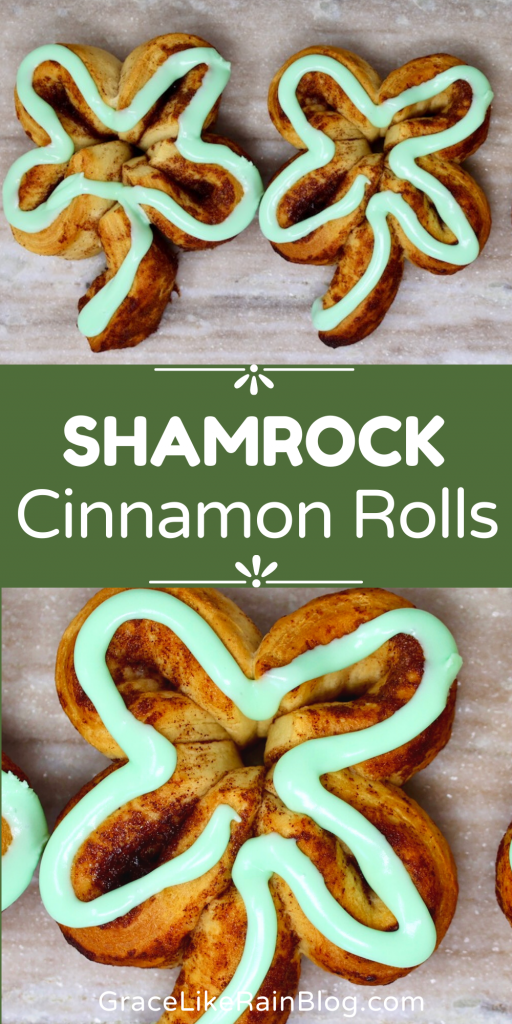 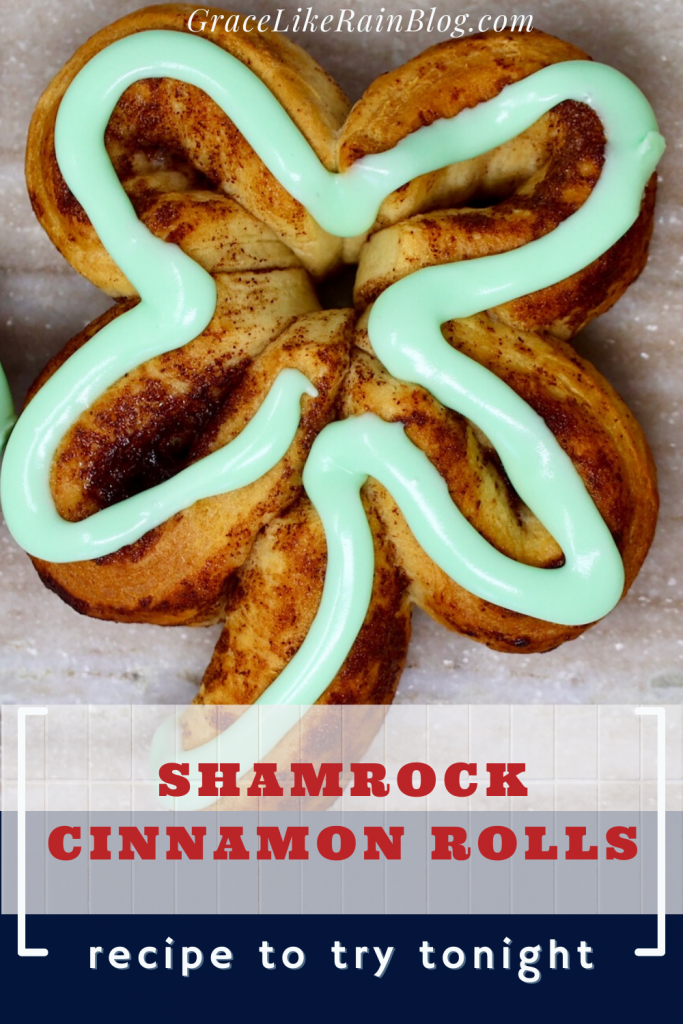 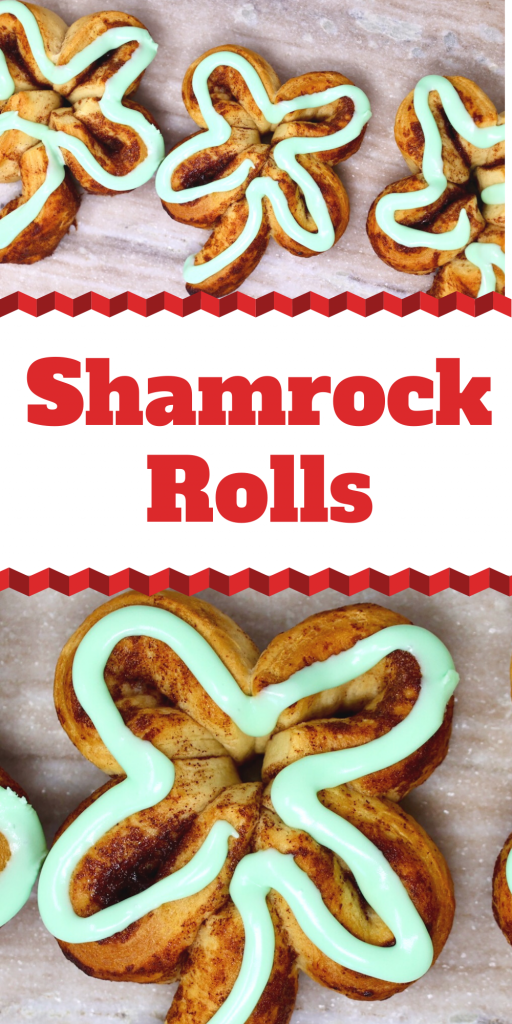 Shamrock Cinnamon Rolls are the perfect breakfast for St. Patrick’s Day. Store-bought cinnamon rolls are transformed into beautiful fluffy shamrocks with this easy recipe. How lucky that you can bring this easy treat to your family this year.

It’s so fun to surprise the kids with a special breakfast on holidays.

They’re made from store-bought refrigerated cinnamon roll dough so they’re super easy to pull off and still get the kids to school on time.

You’re going to love how simple it is to make Shamrocks out of cinnamon rolls, but there are a few things you need to keep in mind.

First and foremost, you need to use a can of refrigerated cinnamon roll dough that can actually be unrolled.

But the Pillsbury Grands Cinnamon Rolls can actually be unrolled into a long strip of dough.

Use a sharp knife to cut the strip of dough into 5 even pieces.

Key to Success #2 – Allow the Rolls to Cool Before Frosting

For each Shamrock, take four of the pieces of dough and pinch the ends together to form the leaves of the shamrock.

Place the leaves on a parchment paper-lined baking sheet to form a shamrock.

Use the extra piece of dough to form the stem between the two bottom leaves of your four-leaf clover.

Bake the Shamrock Cinnamon rolls for 16-18 minutes at 350 degrees F.

The rolls will be puffy and light brown.

Remove the Shamrock Cinnamon Rolls from the oven and allow them to cool on the baking sheet for at least 10 minutes.

If the cinnamon rolls are hot when you add the frosting, the frosting will melt into the rolls and you won’t see the pretty green outline of the shamrock.

But they will be delicious either way.

I know it’s often hard to wait, especially when you have hungry mouths to feed before school.

And they will still be so pretty with the melted frosting if you frost them while warm.

We’re keeping it simple by using the frosting that came with the cinnamon rolls, but we’re elevating it.

To tint the frosting, use high-quality gel food coloring like Americolor or Wilton.

I use the Americolor gel food coloring in leaf green to color the frosting for my Shamrock Cinnamon Rolls.

Gel food coloring is highly pigmented so it only takes a tiny drop to color the cinnamon roll frosting.

Here’s a tip – to control the amount of food coloring, dip a toothpick into the gel food coloring then swirl it in the frosting.

Stir in the food coloring until it is completely combined.

If the shade is not dark enough, add a bit more gel then keep stirring until you get the perfect shade.

Put the green frosting in a plastic zip-top baggie then snip the end.

Use the bag to pipe the frosting around the outline of the shamrock.

Save this Shamrock Cinnamon Rolls recipe to your favorite St. Patrick’s Day Breakfast Ideas board or your Green Food Ideas board.